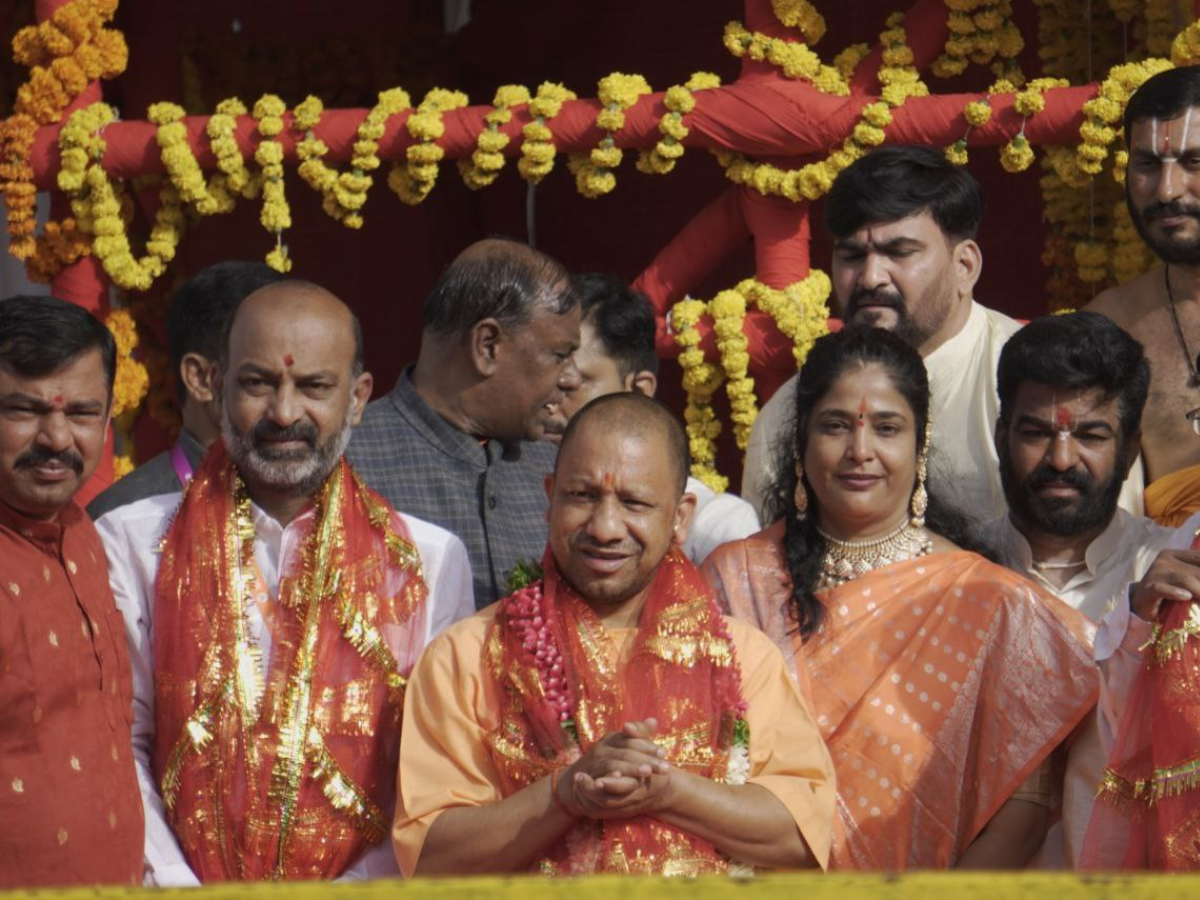 Hyderabad: Charminar buzzed with excitement as Hindu devotees queued up early Sunday morning to get a glimpse of the Uttar Pradesh Chief Minister Yogi Adityanath who visited the Bhagyalaxmi temple and offered prayers.

Yogi is in the city to participate in the Bharatiya Janata Party (BJP) national executive meeting from July 2 to 3.

Earlier he was scheduled to visit the temple on Saturday but it got postponed to Sunday. Sources from the Hyderabad police said the Intelligence Bureau advised Yogi against it due to the recent developments following the Nupur Sharma controversy in the country.

The political atmosphere in older parts of the city has changed drastically in view of the two-day BJP executive meeting. The saffron party put up flags, banners, hoardings, flexis and huge cut-outs of its leaders across the city. Major traffic intersections have been decked up by the party supporters on the eve of the two-day meeting.

As many as 350 delegates, including several Union ministers and Chief Ministers of BJP-ruled states, are attending the national executive.

Controversy erupted over the legality of the temple’s existence around eight years ago. The BJP party has since grabbed the issue and recently, noted leaders including BJP national president Amit Shah visited the temple and offered prayers.

Police have made elaborate arrangements around Charminar by deploying pickets.

“So far we have not received any communication from the party about any big leader visiting the temple. Based on information obtained from social media, we prepared a bandobast plan and kept it ready. All security measures will be taken depending upon the profile of the visiting dignitary,” said an official.

Sources said plain clothes policemen have already been deployed to surveil the surroundings of Charminar.