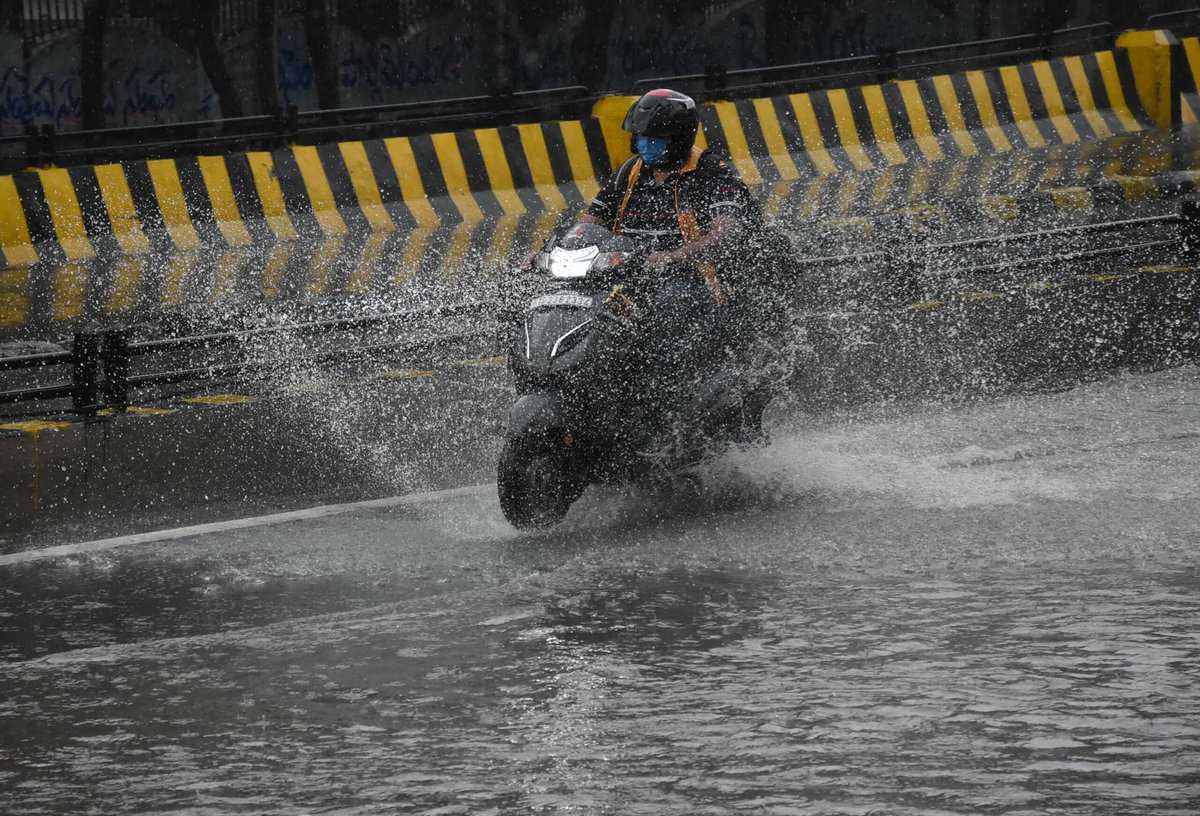 After witnessing heavy rainfall in the city, Hyderabad Traffic Police (HTP) issue advisory for the commuters.

As per the advisory, commuters are urged not to begin their travels immediately after rainfall ends as water logging is likely to result in traffic jams at various places in the city.

HTP also urged the commuters to wait for at least one before after rainfall ends. “This will allow rain water to drain out through the discharge outlets”, Traffic police mentioned.

As per India Meteorological Department (IMD), Hyderabad may receive more rainfall till July 25.

Apart from Hyderabad, other districts of Telangana too are likely to receive light to heavy rainfall till July 24.

The maximum and minimum temperatures in the entire state will be in the range of 31-34 degree Celsius and 20-23 degrees Celsius respectively.