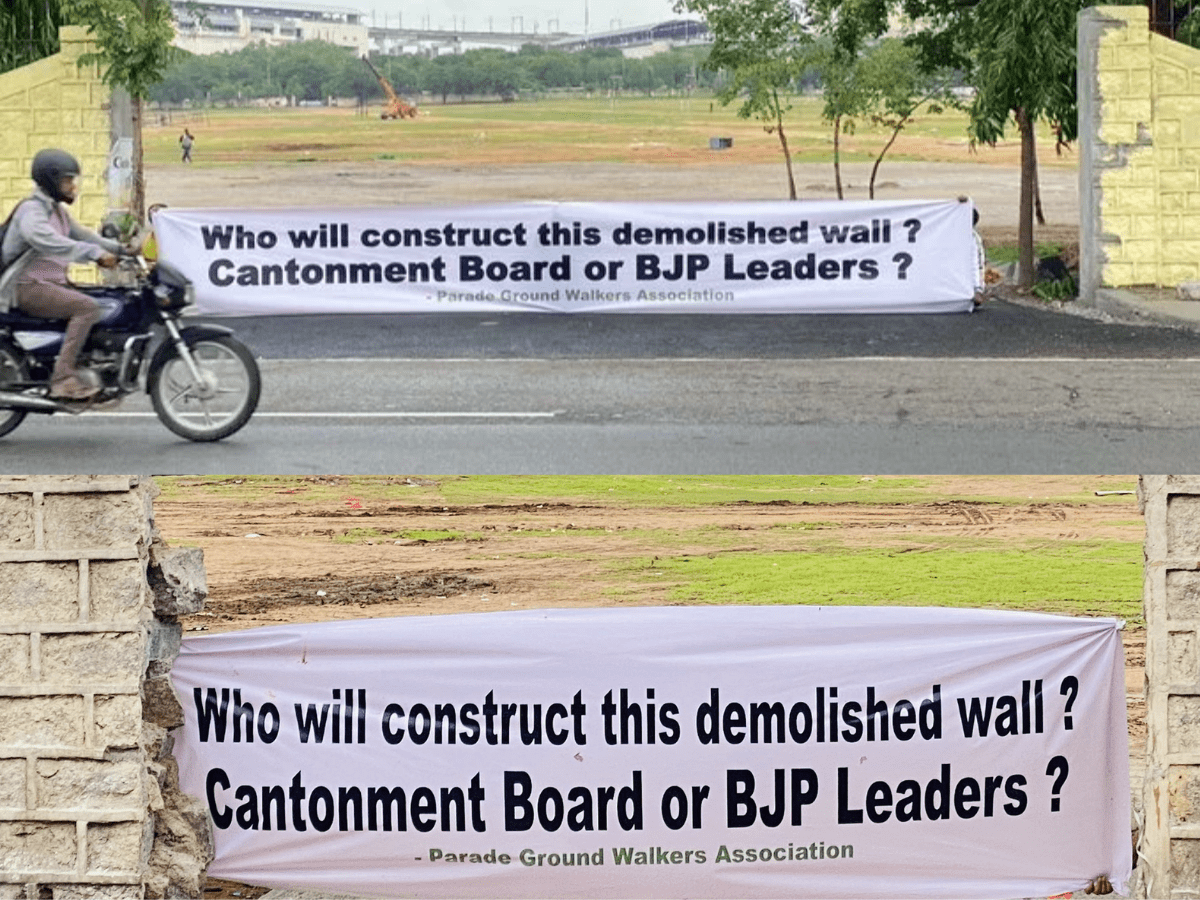 Hyderabad: The boundary wall of Parade Grounds was destroyed for the public assembly of the Bharatiya Janata Party meeting on July 3, and no signs of reconstruction have appeared even five days post the event.

The Parade Ground Walkers’ Association expressed distress over the situation and placed two banners where the wall has been demolished, posing the question of who would “rebuild the demolished wall”: the BJP or the Secunderabad Cantonment Board.

The question of who would rebuild the three walls that were destroyed after the BJP National Executive Meeting was held at the location, is asked on a placard outside Secunderabad’s Parade Grounds.

A Twitter user, Krishnamurthy tweeted, “A signboard outside #ParadeGround in #Secunderabad asks who will reconstruct the 3 demolished walls after the #BJPNECInTelangana conference was conducted in the venue @SECBAD_CANTT or @BJP4Telangana ?”