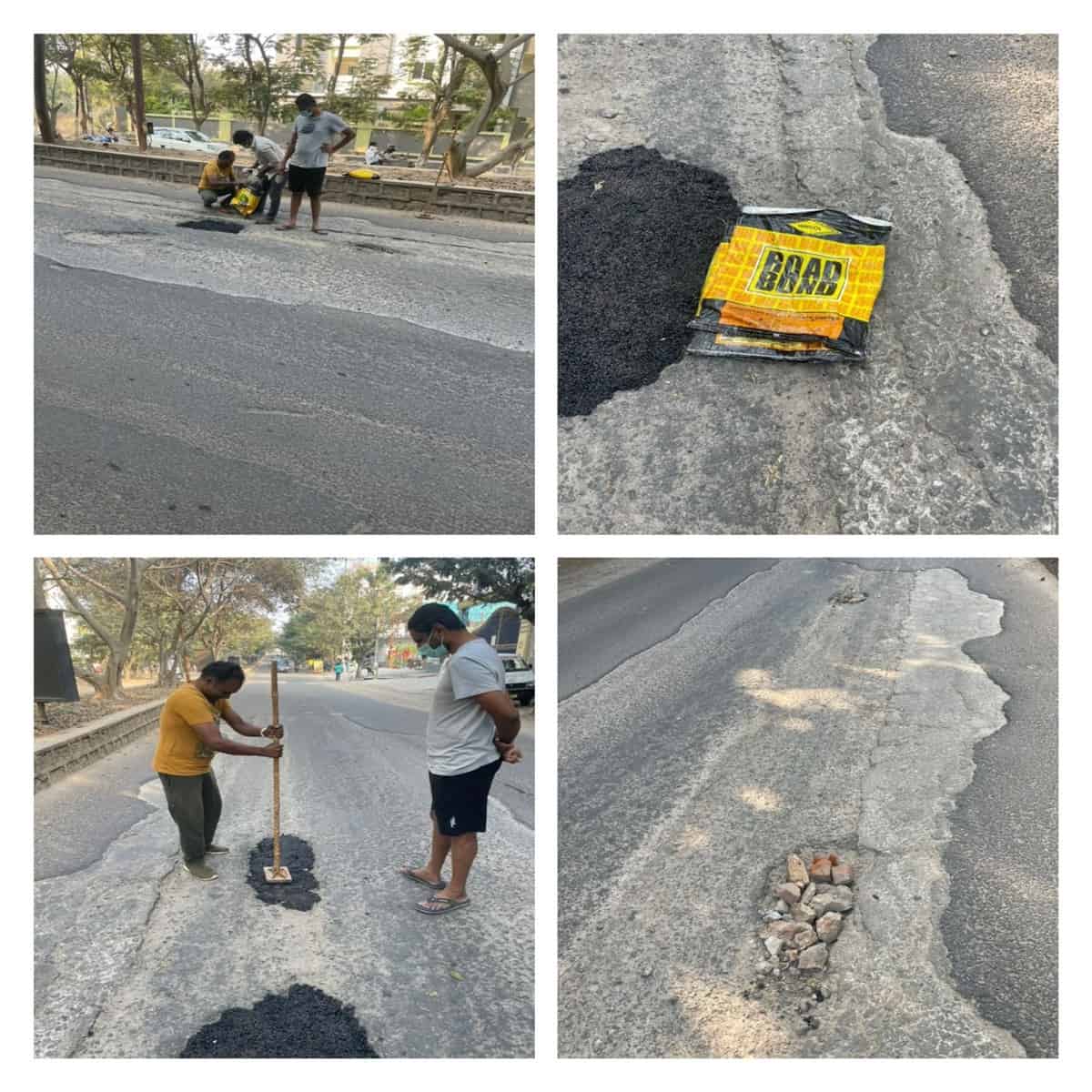 Hyderabad: Residents of Pragathi Nagar, Nizampet took it upon themselves to fill up potholes in their area after authorities turned a deaf ear to their complaints.

Sai Teja, a city-based activist alongside a group of friends took the responsibility upon themselves after concerned authorities did little to solve their complaints.

This group of four software IT employees began this initiative of covering potholes in 2019. They covered the potholes with stones and mud but later started investing in proper materials, out of their own pockets.

“We bought 100 kilograms of materials worth Rupees 2000, to cover a few potholes in the area,” said Sai Teja.

“There was barely any road that was properly constructed in the area. The roads constructed are filled with potholes which are very dangerous for commuters,” said Teja explaining the ordeal of the residents of Pragathinagar.

“I have also been a victim of these potholes. I too met with an accident about 2 years ago and was badly injured,” he added.

The group of four who are residents of the same area, look to expand their initiative across the city and call for concerned citizens to join their cause.

“We are limited to our area because we do not have enough manpower to expand to different localities. People who are interested could get in touch with us and a team could be formed to expand the initiative,” said Sai Teja.