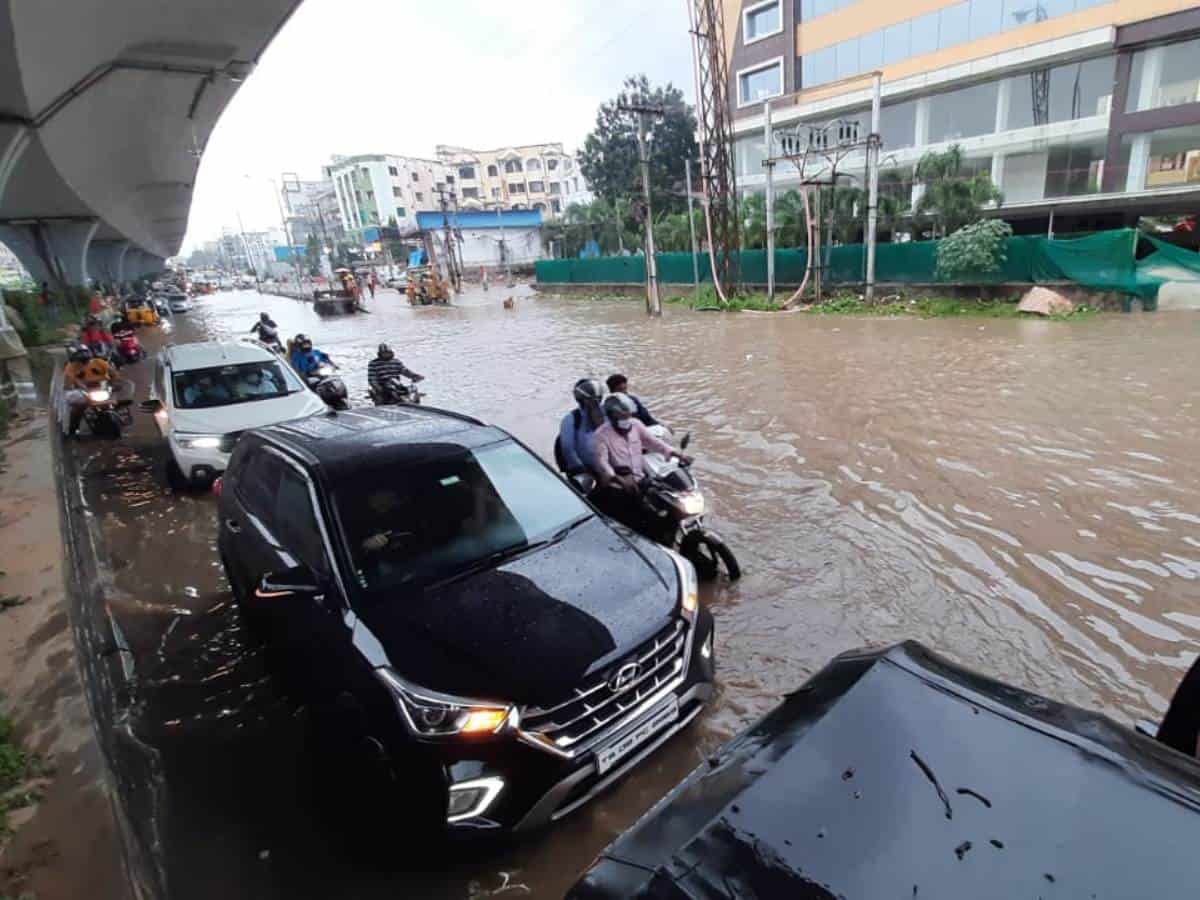 Hyderabad: Hyderabad Traffic Police issued advisory as heavy rains lashed the city on Tuesday morning. It is expected that the rains will continue for the next few hours.

As per the advisory, heavy rains are likely during the peak traffic time i.e., between 9 am and 11 am. It is also mentioned that there could be heavy traffic jams post rain especially immediately 1-2 hours after the rain stops.

All commuters are requested not to immediately start their journey after the stoppage of rain, the advisory added.

Within a few minutes of the rains, the streets in the old city have turned into lakes. Due to water logging, the normal flow of traffic was also disrupted.

A few minutes ago, T Balaji, also known as Telangana Weatherman, took to his Twitter account and tweeted, ‘Dear people of Hyderabad.. A HUGE RAIN is directly moving into Hyderabad city. SEVERE DOWNPOUR with thunderstorms ahead in entire city. This is serious update, STAY SAFE’

Meanwhile, people residing in city’s low-lying areas especially city are living in fear as rain water will enter into their houses if water level in water bodies increases due to regular rainfall.

Recently, the water level in Musi river increased after authorities opened the gates of Osman Sagar. Due to the huge inflow of water into the river, the low-lying areas were inundated. Water entered houses located along the river.