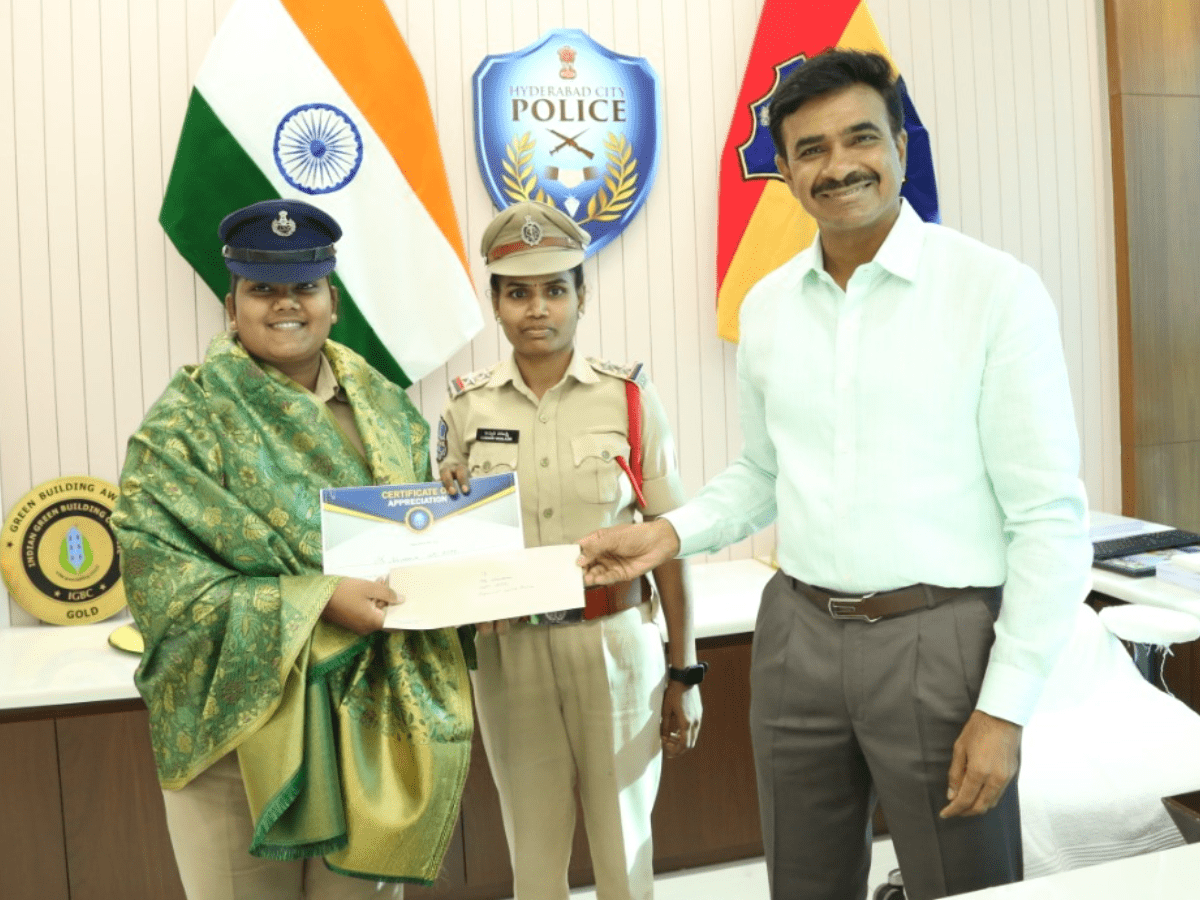 PC Naveena who was posted at the stadium gates for managing the crowd spotted Ranjitha, the housekeeping staff of the ground, lying unconscious after being crushed during the stampede.

She immediately attempted to wake her up but there was no response.

Telangana: ‘Opening fire a crime’, NRAI in response to an RTI

”I did not hesitate and immediately administered CPR to the woman for a few minutes and the woman started breathing,” said Naveena, a 2020 batch recruit.

The video of the cop’s effort went viral on social media and netizens appreciated her efforts.

“Naveena’s timely assistance saved a life. She used her training in emergency medical assistance to good effect by administering CPR until the paramedics could arrive,” said CP Anand.

He awarded her with an appreciation certificate and presented her with a cash reward of Rupees 5000.