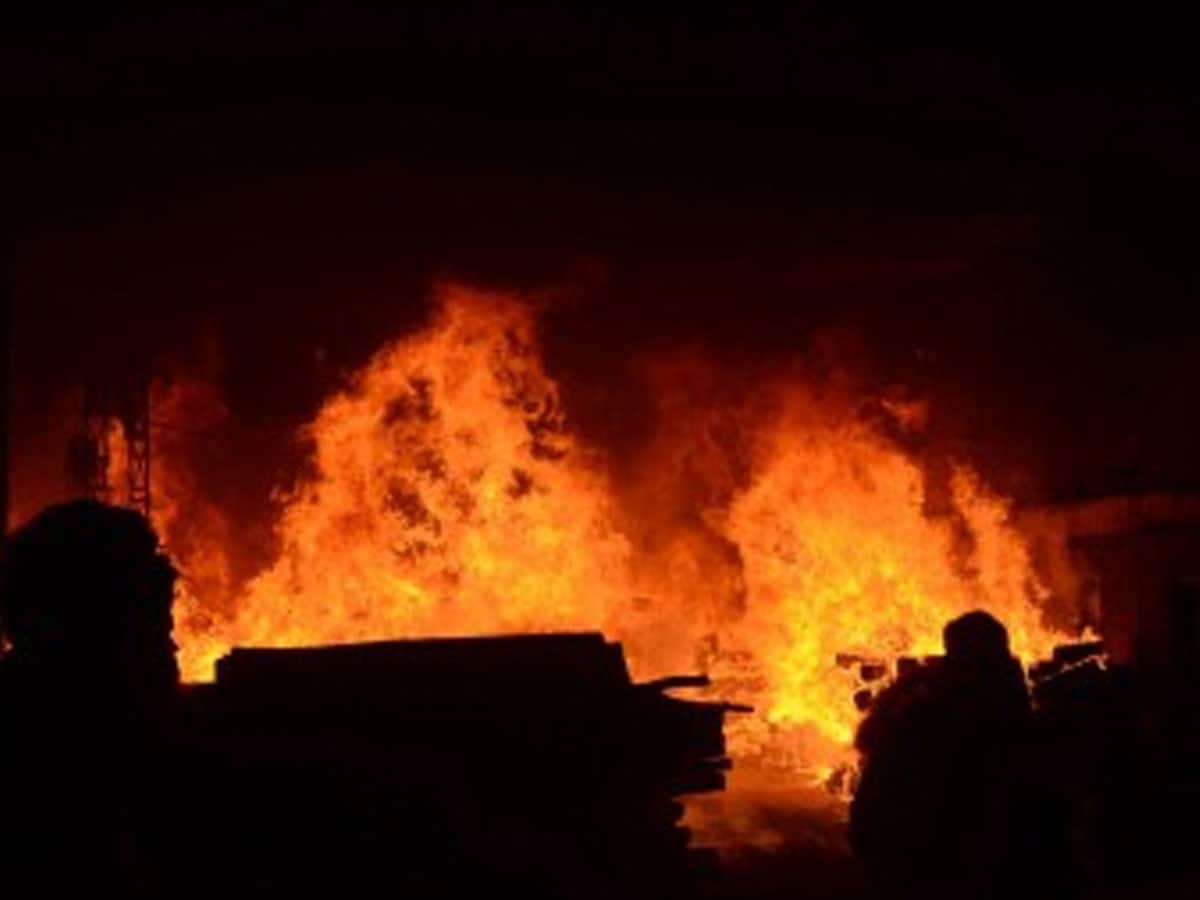 Hyderabad:A woman was killed and her husband was injured when a fire broke out at their house here on Monday, police said.

The incident occurred in Vanasthalipuram on the city outskirts around 8 a.m.

The fire, suspected to have been caused by a short circuit, engulfed the house of one Balakrishna at FCI Colony under Vanasthalipuram police station limits under Rachakonda police commissionerate.

Balakrishna’s wife Saraswati, 42, was charred to death in the mishap.

Balakrishna, who pulled out both his children safely, sustained injuries while trying to rescue his wife. He was admitted to a private hospital at LB Nagar.

A fire tender rushed to the scene to extinguish the fire, which broke out on the second floor of the house.

The body was shifted to Osmania Hospital for autopsy. Sawarswati and her husband were teachers in a government school.

Police suspect the fire was caused by a short circuit. A police officer said the cause would be known after a thorough investigation.