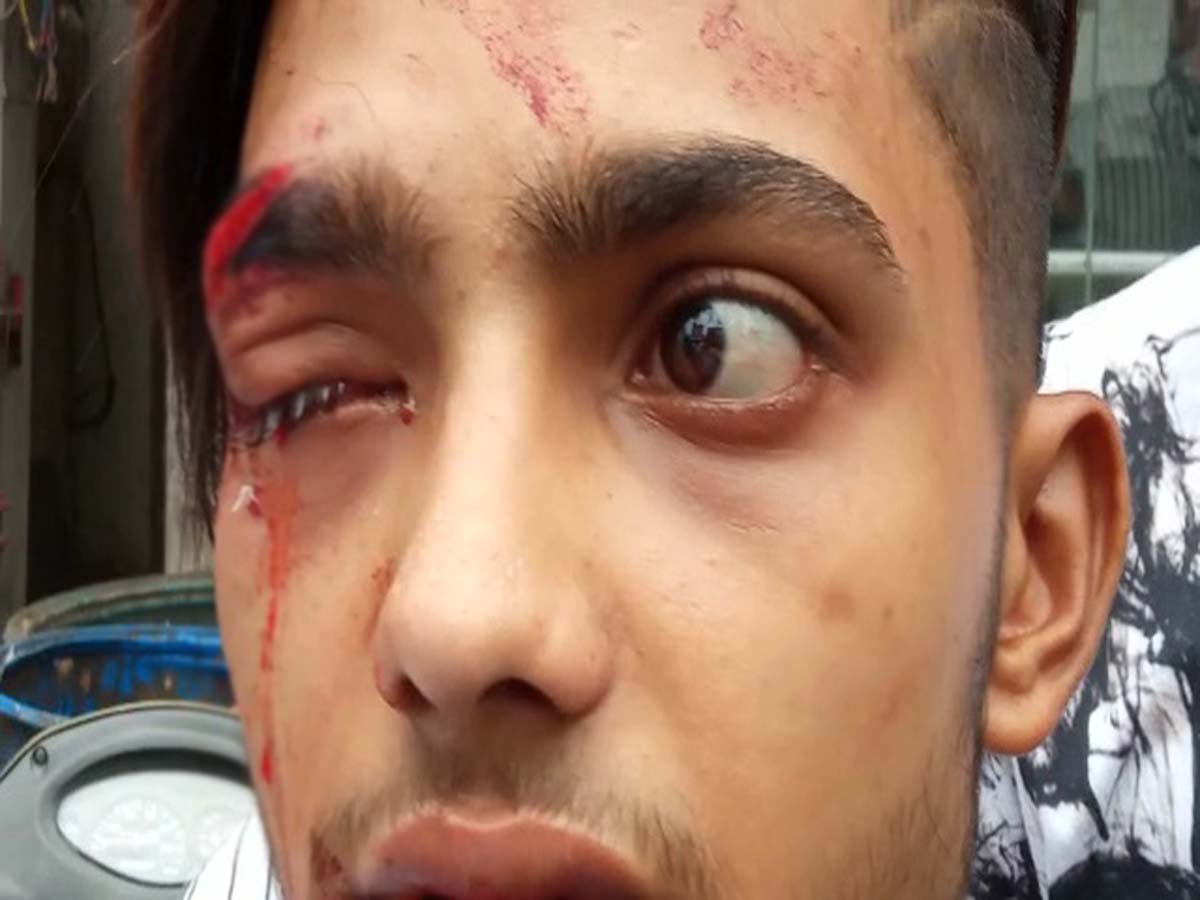 Hyderabad: In an yet another incident of alleged assault on youth during the enforcement of lock down a 19 year old youth was badly injured after a police constable wielded lathi on his eye.

On Friday afternoon, Mohammed Muqeem a resident of Murad Nagar was on his way to a local milk diary farm on his bike, where a police constable belonging to Asifnagar police station, tried to stop him by wielding lathi resulting in causing injury to his eye.

Mild commotion prevailed in the area after the locals came out against the unwarranted police action.

” I was complying all the rules of lock down and wearing a mask too, I was particularly targeted by the police constable, who fled after hitting me with a lathi on my eye” said Mohammed Muqeem.

The injured youth was later taken to a hospital for treatment.

Last week a similar incident was reported in the Bhavani Nagar area of old city where a youth was allegedly assaulted by a police constable Shiva Kumar. Later he was attached to the CAR headquarters and an inquiry was ordered over the incident.