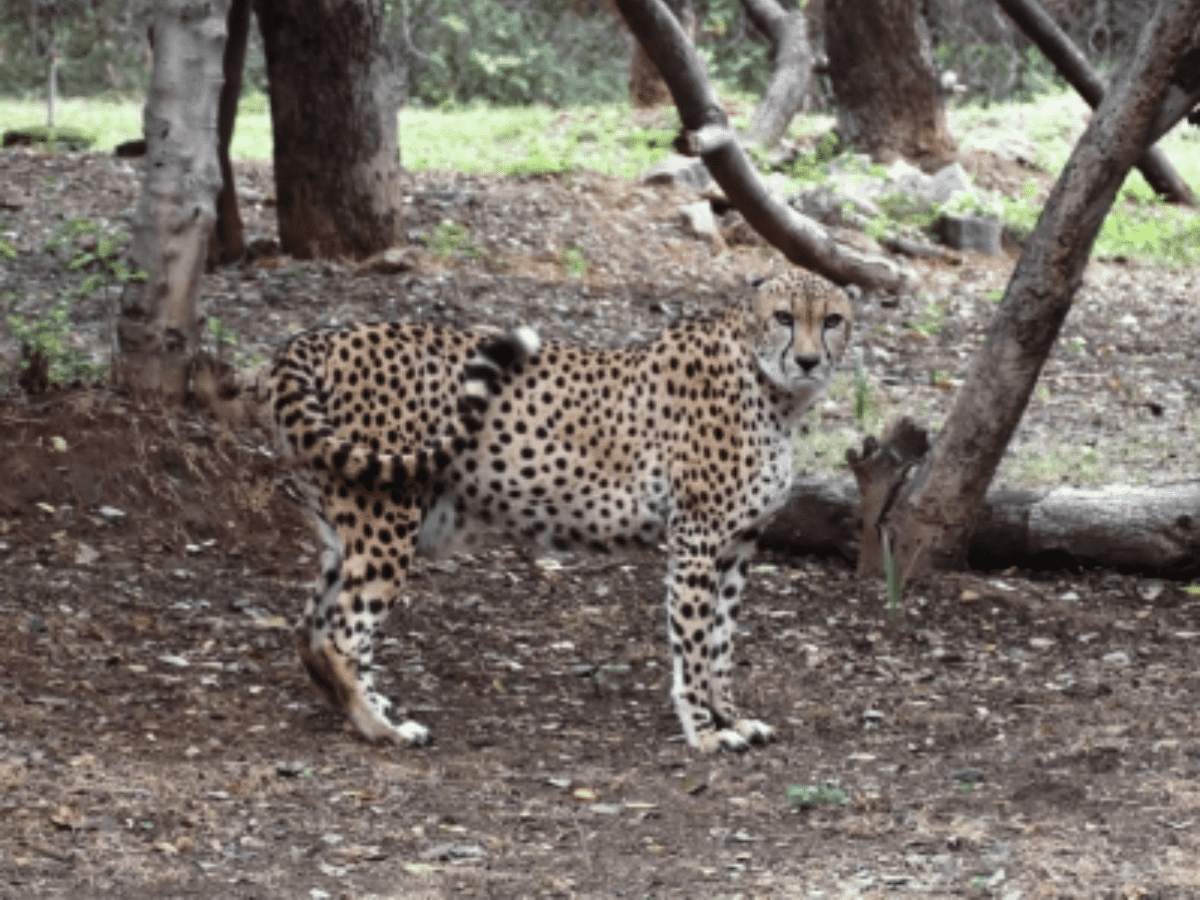 Hyderabad: The Nehru Zoological Park here houses a Cheetah which was gifted by Saudi Arabia a decade ago.

During his visit to the Zoo on the occasion of the CoP11 summit -2012 held in Hyderabad, Saudi Prince Bandar Bin Saud Bin Mohammed Al Saud gifted two pairs of African lions and cheetahs.

The zoo received the animals from the National Wildlife Research Centre of Saudi Arabia in 2013.

The female Cheetah died two years ago while the male cheetah, named Abdullah, is housed in the zoo.

Hiba, the female Cheetah, died in 2020 at the age of eight. She was diagnosed with paraplegia.

On a day when eight cheetahs from Namibia were released into Madhya Pradesh’s Kuno national park by Prime Minister Narendra Modi as part of the programme to reintroduce the feline in India, the Nehru Zoological Park organised a rally.

Cheetahs were declared extinct in India about 70 years ago.

The rally was organised in collaboration with Tejaswi Vidyaranya School, Jedimetla, Rangareddy district in which about 190 students participated.

The students also took part in events like talk shows, drawing, painting and essay writing competitions. A talk show on cheetahs was conducted at the cheetah enclosure.

The programme was organised as part of Telangana National Integration Day celebrations. S.Rajashekar, Curator, Nehru Zoological Park, hoisted the national flag in the presence of the entire zoo staff.