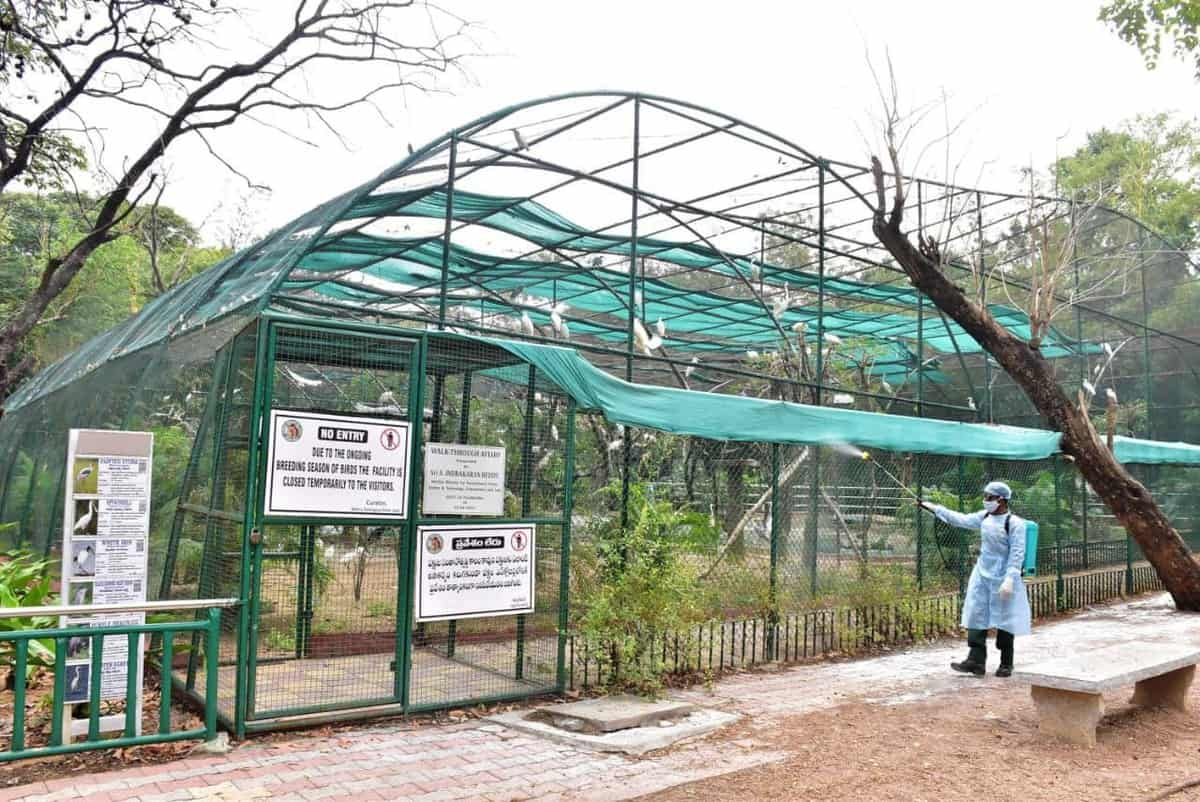 Hyderabad: Taking notice after 25,000 birds succumbing to bird flu across the country, the authorities of Nehru Zoological Park on Thursday have initiated 11 major precautionary measures.

Forest department authorities of the state have also been alerted about the issue.

The curator of the zoo has constituted a ‘Rapid Action Force’ team, consisting of veterinary doctors who will monitor the birds on daily basis. This will help the state identify if avian influenza (Bird Flu) has affected the birds.

The 11 major preventive measures are: