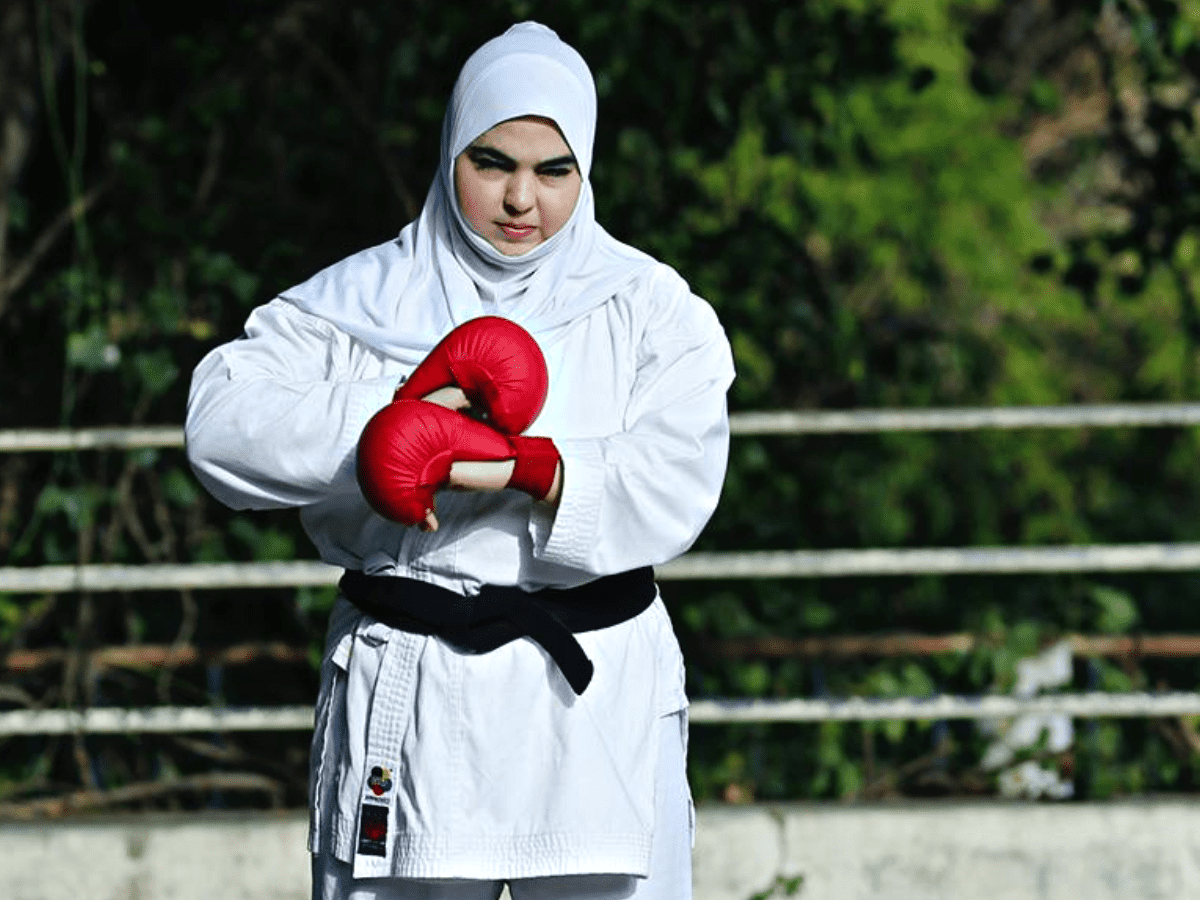 Hyderabad: How often are extracurricular activities taken up at schools translate into a successful career? One such decision in school led to Hyderabad’s Syeda Falak becoming an international Karate champion.

Falak is currently pursuing an LLB from Sultan Ul Uloom College, she is also a member of the All Indian Majlis-e- Ittihad-ul Muslimeen (AIMIM) party. She has won 20 national and 22 international championships so far. Falak is also known as the “golden girl” of Hyderabad.

Falak is set to represent India at the Commonwealth Karate Championship 2022 in Birmingham, UK to be held between September 11-7.

Speaking to Siasat.com, the champion said, “I was introduced to Karate by my elder sister, and initially it was just about learning self-defence and enhancing fitness.”

It is to be noted that she will compete in the 68 kg Senior Female Individual Kumite category.

Addressing the query regarding her journey as a professional Karate player, Falak said, “When I told my parents that I want to take it up as a profession, they were apprehensive about it. However, my elder sister Syeda Ayman, convinced them, which helped me get started.”

Falak’s journey as a Karate player began in 2006 when she secured a silver medal during the inter-school competition. “I then took part in the Indo- Sri Lankan championship in January 2007, in May that year, I participated in the International Karate Championship in Nepal,” the champion said.

Fitness regime and diet of the Karate champion

Shedding light on her fitness regime and diet, Falak said, “I practice six days a week with a focus on Kumite (sparring), footwork and strengthening the body.” She stressed on having a balanced diet in the build-up to various tournaments.

Asked about her inspiration, the golden girl said, “I am inspired by Rafael Adhayev, the Karate champion from Azerbaijan.” She also credited her coaches Mohammed Shafi and Altaf Alam for their support and encouragement.

Being a sports person, maintaining one’s religious identity could be a little tricky. However, sharing her journey of sporting the hijab, Falak said, “I began wearing a Dupatta 2 and-a-half years ago out of my own will. At first, it was a little awkward but I got used to it. However, I don’t wear it while training.”

“I began donning the hijab in January this year since I received Hidya (guidance) from Allah,” she added. Asked whether she feels apprehensive about sporting the hijab, keeping in mind her career, the champion said, “I don’t feel it as a hindrance in my career.”

Shedding light on her future goals Falak stated that she likes to go with the flow and continue with Karate for as long as possible. The golden girl also mentioned that she would like to start an academy exclusively for women, with an emphasis on self-defence.

Speaking of her political career, the champion said, “It is currently very difficult for me to concentrate fully on politics, however, I am trying to use this opportunity to understand the challenges of the people and to provide viable solutions.”