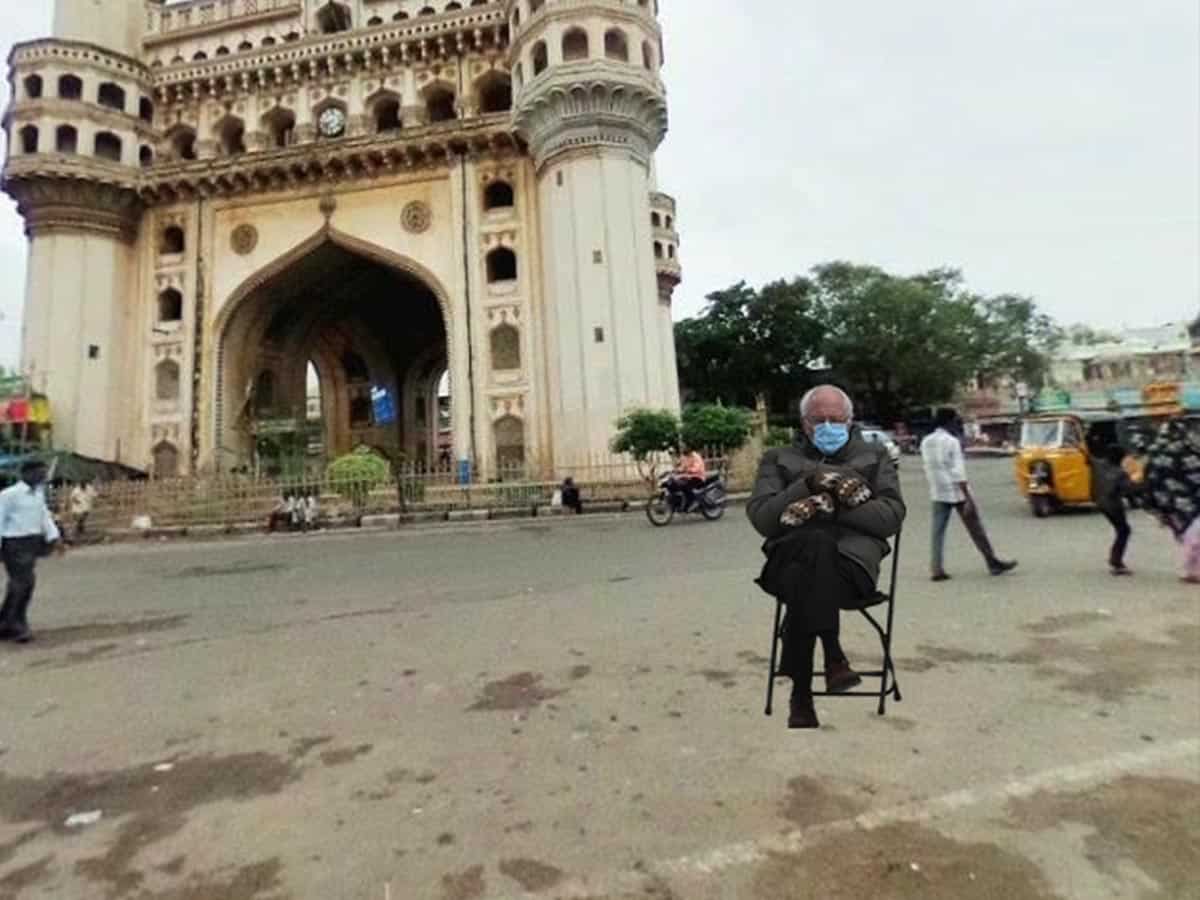 Hyderabad: It was a Bernie Sanders meme fest on Twitter. The US Senator at the President Joe Biden’s inauguration was sitting cross-legged, in what appeared to be a folding chair, wearing mittens, a coat which many on the micro-blogging website, and other places, described as practical.

This, contrasted with the symbolic purples, and other dark coloured outfits worn by senators and other politicians. Hyderabadis jumped on the meme-making bandwagon. The result is one can see Bernie Sanders sitting by several notable locations in Hyderabad?

Among many places, Twitterati photoshopped Senator Sanders against the backdrop of a couple of historical sites, including the Charminar and Golconda Fort.

A Twitter user Ashish Chowdhury posted a photoshopped picture of Senator Sanders at the Cafe Niloufer, and hilariously posted, “Bernie awaits his cup of Irani…”

Others tweeted photos of him at a metro station. Well, why not? After all he did push for a Green Deal.

And since the suspension bridge over Durgam Cheruvu is a big hit with selfie seekers, here is a photo of Senator Sanders photoshopped on the said bridge.