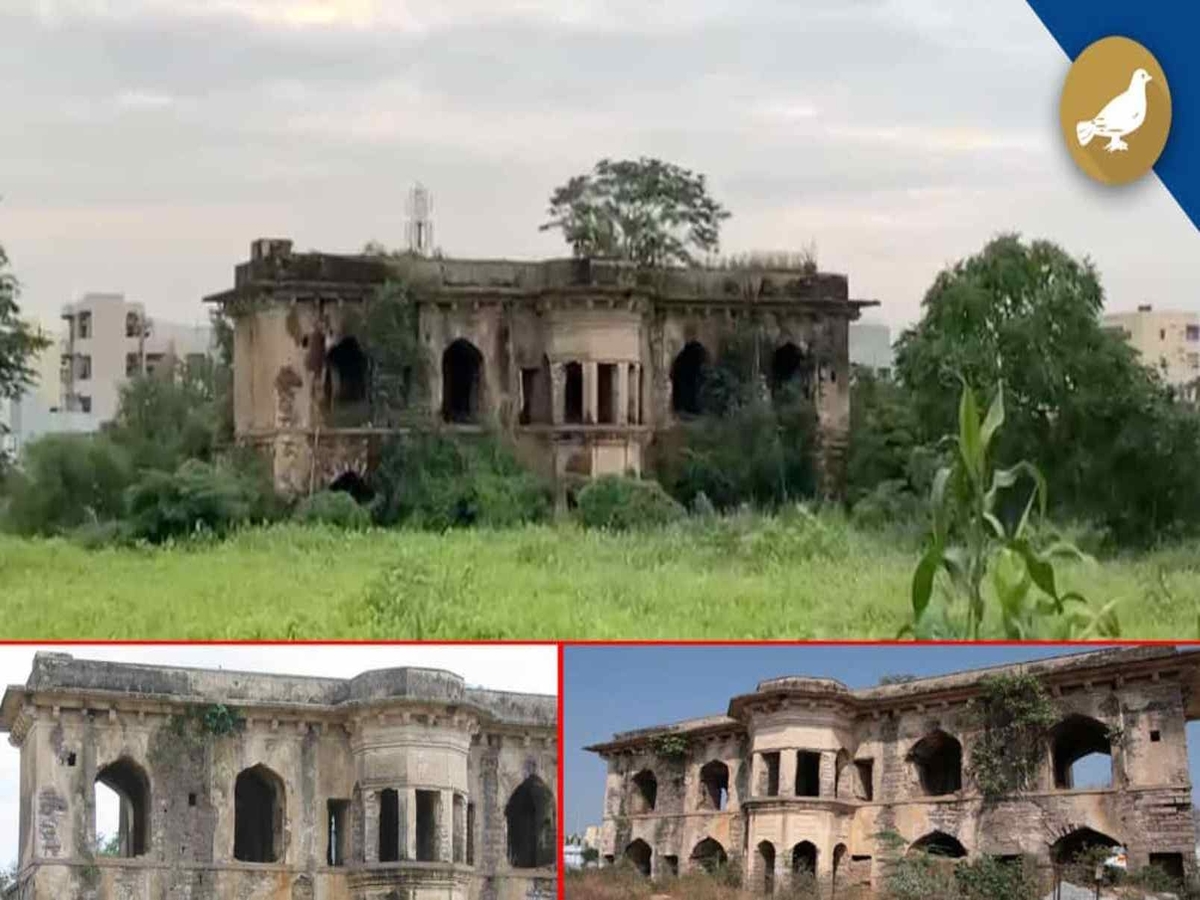 Hyderabad: In the area between Golconda and Purana Pul, at a tranquil and deserted place, stands “Mushk Mahal”, a majestic 300 year Qutub Shahi edifice in a poor and neglected condition.  Ironically, the literal meaning of Mushak Mahal is “Fragrance Palace” which stinks today due the locals using its environs to attend to the nature’s call.

This magnificent double storey structure built in 1676 is a relic of the Qutub Shahi opulence.  It is said about Mushak Mahal was constructed by Malik Miyan Mishk – one of the lords of Abul Hasan Tana Shah – the last ruler of Qutub Shahi dynasty.

Currently, this edifice seems closer to a haunted place than a magnificent palace it once was due to sheer negligence and laxity of the Archeological Department.

The structure dotted with bushes has been turned into a dumping ground and the “fragrance palace” of the bygone era has turned into a public lavatory by the locals.

There is a brief description in the book “Glimpses of the Nizam’s Dominions” by  Claude A. Campbell.  He wrote: “One mile to the south of “Tola Masjid”, there is a village known as Attapur where a huge palace stands in ruins known as ‘Mushk Mahal’.  It is regrettable that in spite of its historical importance, the Department of Heritage Telangana (DHT) has not declared it a historical monument.”

According to DHT record, there is just one preserved structure which is “Miyan Mushk Masjid” located in the Purana Pul area. A picture of the mosque found at DHT website shows three arches and two huge minarets.  Octagonal shaped minarets are simple with rectangular shape balconies covered with intricate meshwork.

Stones are used as a cornice for the roof of the first floor projected with brackets which are in a better shape. The inner walls are damaged.  The central portion distinct with an octagonal drum shape lost its sheen.  The upper portion typically reflects the architectural style of the Qutub Shah.  Two rows with Arches façade jutting out is attractive.

The top of the structure, designed to lead to Zenana (ladies) toilet is seven meters high with a large balcony and a stair case leading to the roof opening.  The ground floor has large bedrooms with low walls that are probably used as resting chambers.

According to the Department of Archaeology, this monument had a beautiful garden with a fountain in front which has now disappeared.  While the first floor is relatively in a better shape, the other parts have lost their luster and are in ruins.

This Qutub Shahi heritage structure needs urgent attention to be restored to its former glory.