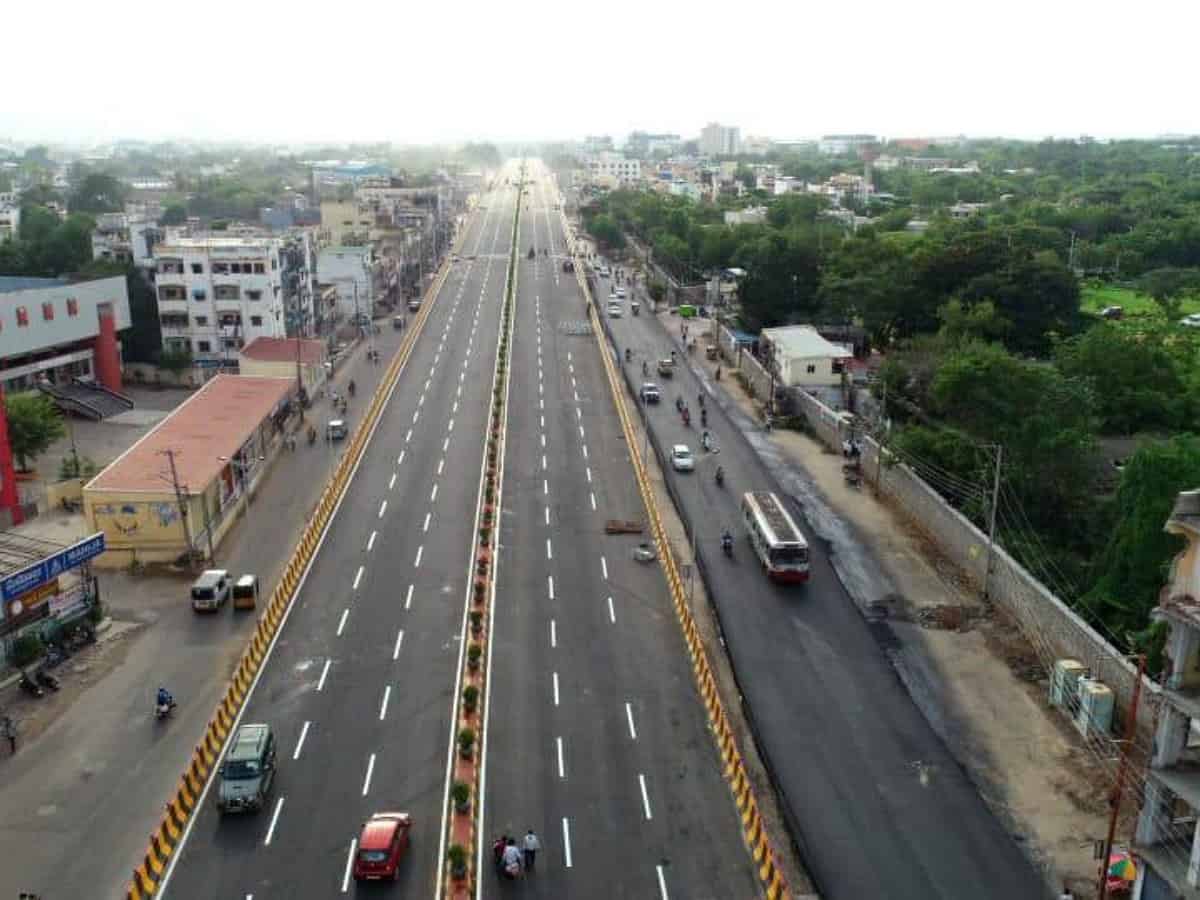 Hyderabad: A huge six-lane two-way flyover connecting the Balanagar X Road and Narsapur Y Road is set to open for public starting today. The new flyover will bring a sigh of relief to lakhs of passengers as it will reduce travel time.

Municipal Administration and Urban Development Minister KT Rama Rao on Monday took to Twitter and wrote, “Happy to be throwing open the much awaited Balanagar flyover tomorrow. This 1.1 km flyover built as part of #SRDP (strategic road development plan) will ease traffic congestion at one of the most choked junctions in Hyderabad. My compliments to @arvindkumar_ias & team @HMDA_Gov.”

The Balanagar flyover will be inaugurated by KT Rama Rao. The people of Balanagar have been waiting for a long time for the launch of this 1.13 km long bridge as there are huge traffic jams every day and vehicular traffic increases rapidly during rush hours.

“The traffic issues faced by commuters through this region for years will be resolved due to the flyover,” Telangana Today quoted HMDA official. It will facilitate smooth flow of traffic on the Balanagar main road and motorists can cross over to Narsapur and Fathenagar ‘T’ junction.

The project was built by the Hyderabad city development authority under the Strategic Roads Development Plan (SRDP). The total cost of the project is Rs 387 crore, including Rs 122 crore for civil works and Rs 265 crore for land acquisition.

The construction for the Balanagar flyover project began in 2017 and was supposed to be completed last year, but works have been delayed due to delays in land acquisition. The 24 meter wide flyover comes with central center rails and roadside crash rails.