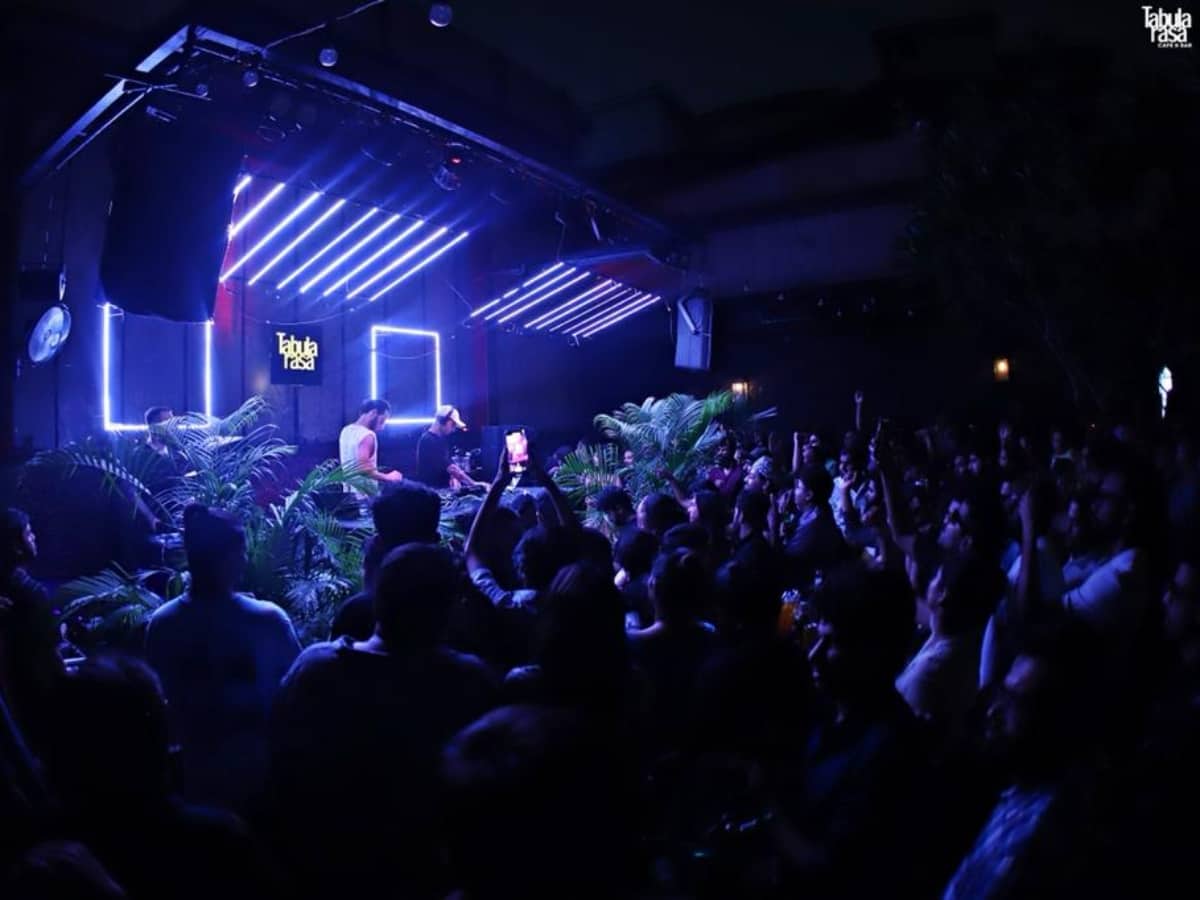 Tabula Rasa – a Latin philosophy that regards the human mind as a blank slate; Since 2017, the crowd’s favourite open-air bar in the heart of Hyderabad that has allowed people to explore that very philosophy, turns 5.

A forerunner in the cultural space in the city that started off with a staff of merely 15 people, and a dream to be a space of inclusivity & opportunity is now a 75 person strong staff that is nothing less than the cultural hub in this beautiful city with projects that are as diverse as it gets; musically and otherwise.

Music is the strongest form of magic, they say. At Tabula Rasa, music lovers have been experiencing that magic in its ﬁnest glory, with dozens of artists showcasing their wizardry. For those seeking solace in music, Tabula hosts various acts from different genres, including blues, jazz, acoustic metal, classic rock, pop, regional music, techno and live electronica, all under their 2400 square feet starry sky.

Tabula Rasa’s music, culture and mouth watering menu has attracted crowds from youngsters to families with events like fleas, sip & paints ; and looks forward to raising the bar for the live music scene in the city. Just this year alone they have hosted over 200 national & international live bands & DJs. To celebrate all this glory, Tabula is hosting a blast of an anniversary week. This 7-day Palooza kicked off with a Sip & Paint session & trademark, “Sunday Playground” on 21st August, and is being followed by some of the founder’s favourite bands & artists – EL Taxidi, Aikyam, Aarohi, Niraval, Varnam & The Deccan Project respectively, throughout the week till the 27th, everyday, 7:00 PM onwards. The week-long celebration concludes on the 28th, with their Listening Party in the afternoon & Akhlad Ahmed & Iberian Muse in the evening. But the celebrations don’t end there, and follow into next month’s Rasa Festival culminating 18th September.

On the 5 year anniversary Shravan Juvvadi (Founder of Tabula Rasa) said, “When we started Tabula Rasa 5 years ago, the indie music scene in Hyderabad was still at a nascent stage. We felt the need to provide a platform for all emerging bands and artists which is exactly what we did. Take for instance Telugu Music Fest – Rasa which paved the path for some of the most talented individuals who are now part of the most prominent Telugu bands such as Niraval, Elyzium, etc.

What got us to the place that we are today is our inherent care for the quality of sound, state-of-the-art infrastructure and the ﬁnest audio-visual experiences. The charm of our rustic-themed ambience and the oasis of green amidst the concrete jungle brought people closer to nature and music. I started this place with a similar mindset as the name. Being in the hospitality business for over 10years, i strongly believe Hospitality is all about connection. I am so grateful to have bonded with you through a beautiful form of art, “Music.” You made me feel Tabula Rasa is not just a Bar but it’s an emotion. Thank you for supporting my Passion, my Work and Me. Gratitude forever – It’s a high-five , literally!”

“On the occasion of our 5th Year Anniversary, I’d like to announce our next property in the Financial District which will open in January as massive as 1800 square yards!” he concluded.