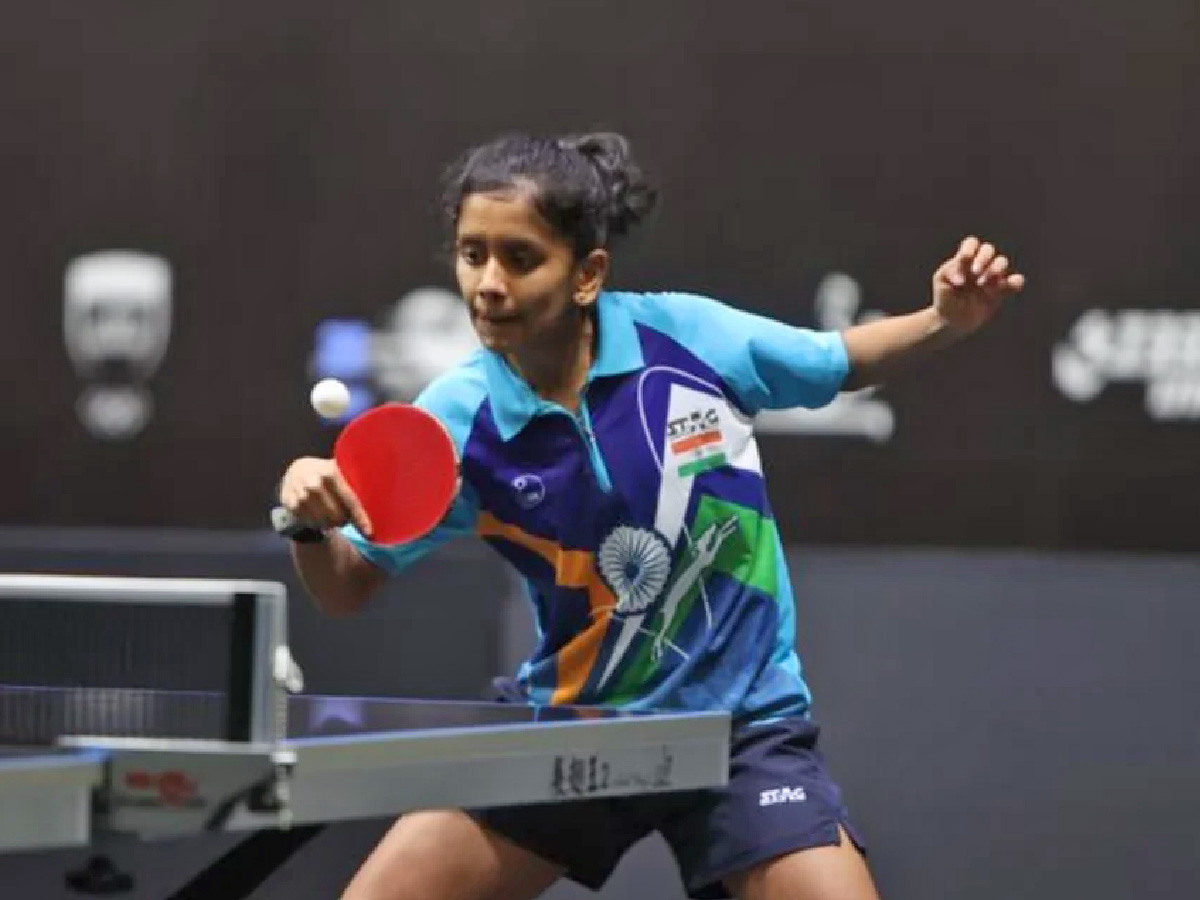 For the first time in history, a girl from Hyderabad has a golden opportunity to bring home a medal in table tennis from the Commonwealth Games when it unfolds at the end of this month in Birmingham (UK). The Games are scheduled to be held from July 28 to August 8 and more than 5000 players from 72 nations will be seen in action at this prestigious sporting event. Hyderabad’s Akula Sreeja (now ranked India’s number one) has a great chance to put her name in the list of medal winners. She is at the top of her form and is raring to have a go at her opponents.

According to Sreeja’s father Mr. Pravin Akula, the Hyderabad lass will take part in the singles, doubles and the mixed doubles of the table tennis competitions. He expects that India will definitely bag a medal or two since we have some experienced players such as Sharath Kamal and Sathiyan Gnanasekaran in the men’s section and Manika Batra and Sreeja in the women’s category. Manika Batra had won two medals at the previous Commonwealth Games. Sathiyan who was the first Indian player to break into the World’s top 25 rankers, recently defeated European champion Darko Jorgic of Slovenia.

The spirited young girl from Hyderabad was naturally delighted that her hard work had paid off. It motivated her to take up greater efforts under the guidance of her coach Somnath Ghosh and physical trainer Hirak Bagchi. The selection in the Indian team for the prestigious Commonwealth Games was richly deserved and now she has the chance to step onto the medal podium at the CWG which will be a feat that no other Hyderabad girl has achieved.

According to Pravin, the strongest challenge will come from the players representing Singapore and Australia. He was himself a good table tennis player who had trained Sreeja from her school days. She had studied in the well-known Rosary Convent and was inspired to take up the game after watching her elder sister Ravali winning several tournaments. Being a player himself, Pravin had encouraged both his daughters to excel at the sport.

“Sreeja now has a world ranking of number 68. But she is a hardworking and brave girl so I feel she will put up a good show. She has a sound temperament and does not give in easily. She fights till the very end and can deal with any amount of pressure,” said the proud father.

As for Sreeja, she wants to improve her international ranking. If she does well at the CWG, it will give her career a big boost. Sreeja’s coach Somnath Ghosh has been training her for about a decade so he knows her potential and her game. The coach and trainee have established a strong rapport which enables Sreeja to embrace the right methods before every tournament. The two of them worked hard to perfect every aspect of Sreeja’s game and all that perseverance has provided rich dividends.

Sreeja’s strongest point is her superb backhand. Way back in 2013, she played a key role in enabling her state team to win the silver in the Youth Nationals. Since then she has further strengthened and polished the weapons in her armoury and can now challenge the best of rivals whom she may face in the Commonwealth Games. In the past she had even defeated the seasoned Manika Batra who had won a gold medal at the CWG when it was held in the Gold Coast in 2018. This time with a little luck it may very well be the Hyderabad girl’s chance to wear the shining medal around her neck.

Table tennis fans in Hyderabad are keeping their fingers crossed and hoping that this talented young player will get the reward that she richly deserves. She already has an enviable collection of national and international medals but a Commonwealth Games medal will be one that she and all of Hyderabad will treasure most.