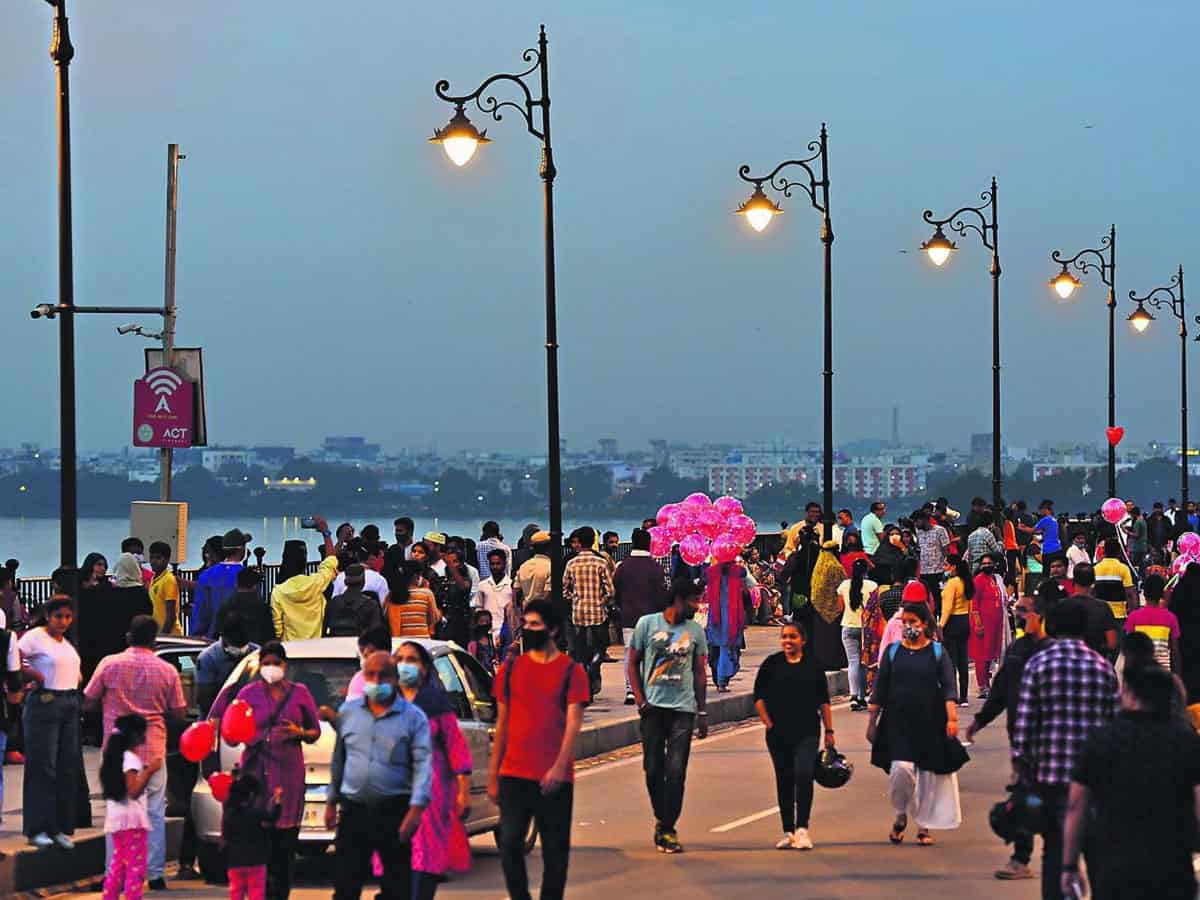 Hyderabad: After a gap of one week due to Ganesh immersions, the ‘Sunday Funday’ at Tank Bund is all set to begin today from 3 p.m. to 10 p.m. The timings for the programme have also been extended by two hours, as it was earlier held from 5 p.m. to 10 p.m.

The ‘Sunday Funday’ event on Tank Bund is going to be memorable one for music lovers today, as an orchestra is all set to play famous Telugu and Hindi songs commemorating the late singer SP Balasubramanyam. Apart from that, there will also be performances by the Railway Protection Force band in connection with the RPF Raising Day week.

Essentially, the day will be marked with a band performance, orchestra, fireworks, cultural activities, shopping and games as well. The government has also allowed for eateries to be present as well. According to a press release from the state government, there will also be livewire artists showcasing their beatboxing and rapping skills, which was very well received last time.

In addition to this, there will be three 20-artist teams performing along the Tank bund stretch making the ‘Sunday Funday’ truly a cultural carnival.

Officials stated that in between these performances, they had planned two one-minute-long firework shows which could be enjoyed by the public standing anywhere on Tank Bund road. For kids, there would also be clown performers, jugglers, unicyclists and other performers.

Moreover, the municipal administration department said that like last time wherein more than 15,000 saplings were distributed for free, the Urban Forestry wing of the HMDA would again set up stalls for free distribution of more than 30 species of plant saplings. Free masks too would be provided by HMDA.

For the shopping lovers this time, a number of stalls selling bangles, artificial jewellery, live bangles, pearl sets and attar (perfume) would be set up, all these coming directly from Old city. In addition to these, there will be Handloom and Handicraft stalls by TSCO. The ‘Sunday Funday’ would be incomplete without food and beverage stalls for the public to indulge in and for that, there will be stalls serving everything from chaat to kebabs. Necessary arrangements for Mobile Public Toilets and dustbins are also being made.

Nevertheless, officials said the event would be subject to the timings and impact of Cyclone Gulab.   “People are requested not to come out should heavy rains occur due to Cyclone Gulab and in that case, Sunday-Funday might have to be rescheduled for next Sunday if heavy rains occur on the evening of September 26,” the press release added.

As a part of the State Government efforts to make Sunday a funday for the families, the Women Safety Wing of Telangana State Police will be organising an event on Tank Bund, to create awareness about SHE-TEAMS functioning in the State in partnership with Lead Life Foundation, 92.7 Big FM and Aerock Dance Fitness.

The Women Safety Wing of the Telangana police will also conduct awareness sessions in the lakeside stretch of Hussain Sagar for the public, so that people can be educated while having fun, while working towards a vision for a more ‘gender equal’ state. The ‘Sunday Funday’ today is expected to include many fun activities like Zumba, self plays and self-defence techniques.