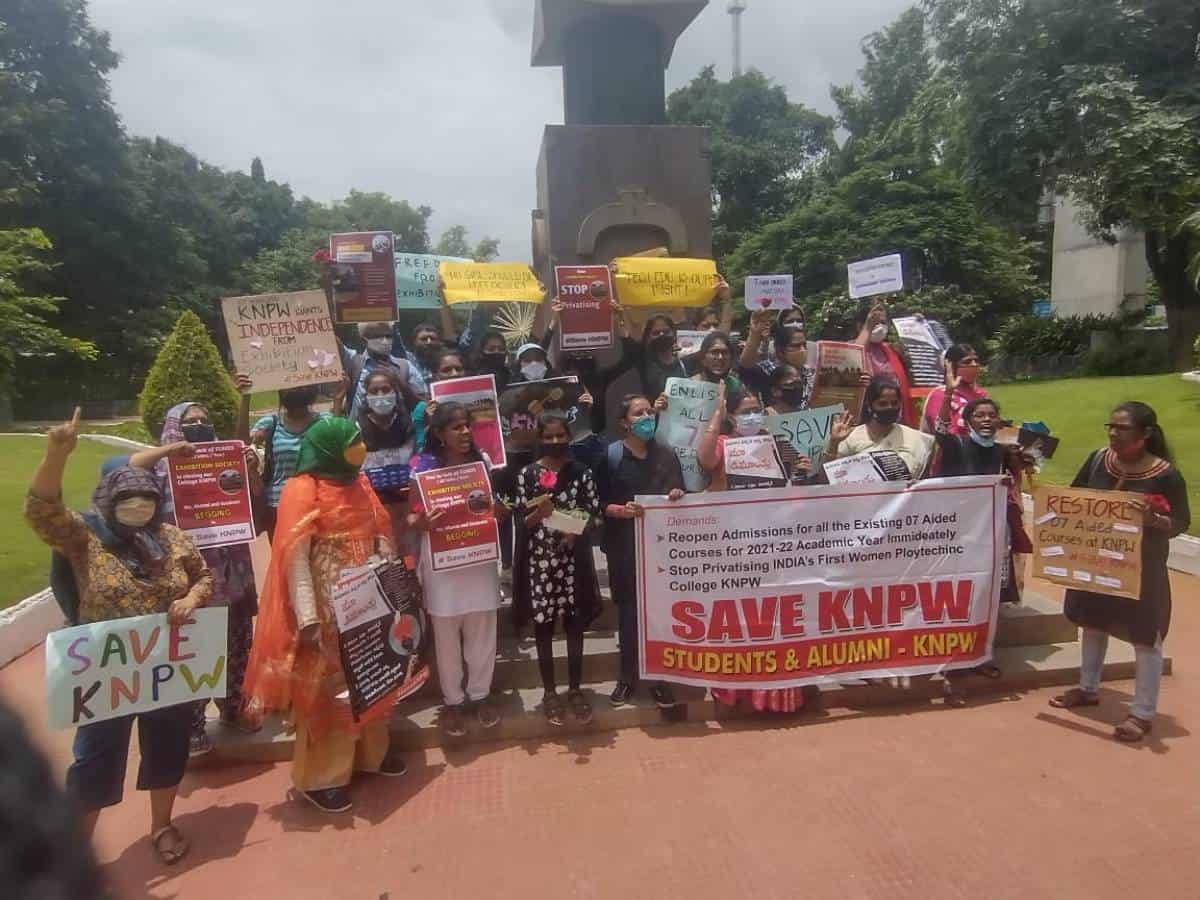 Hyderabad: Coinciding with Independence Day celebrations on Sunday, students and alumni of the Kamala Nehru Polytechnic College for Women (KNPW) carried out a peaceful procession to fight against the alleged closure and subsequent privatization of the college.

The procession from Gandhi Bhavan metro station to Gun Park was carried out peacefully, without the disruption of the ongoing traffic with flowers and placards in hand. The thirty participants were aggrieved over the non-inclusion of four aided courses—Garment Technology, Hotel Management, Architecture, and Pharmacy, which they argue would affect the education and livelihood of countless young women who wish to study.

Criticizing the state government and Exhibition Society (which runs the college) for not supporting women’s’ education, the protestors opined that the government cares more about marriage schemes for women than for their education and upliftment.

When asked about Information Technology Minister KT Rama Rao’s assurance about the four aided courses being included in the portal, the students remarked that no solution came out of it. As Gali Anusha, a student from Kamala Nehru College noted, “Despite the college’s secretary Dhiraj Jaiswal’s claims, courses like Garment technology, hotel management and architecture were not added to the portal because the college has not paid the affiliation fee to the All India Council for Technical Education.”

As for pharmacy, the commissioner of collegiate and technical education Navin Mittal refused to talk to the students about the issue of Kamala Nehru College’s future. With no end in sight, the students continue their protests hopeful for a solution.