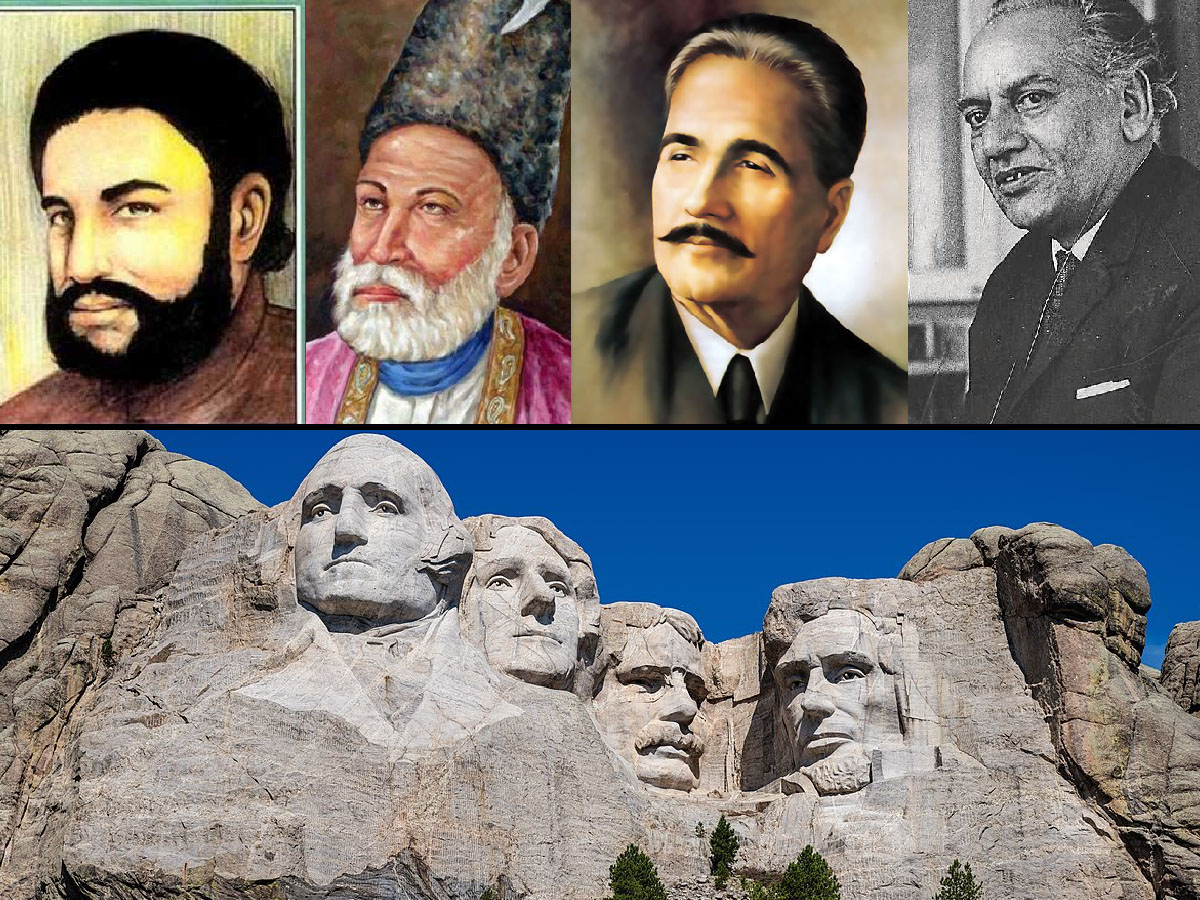 Hyderabad: Raza Mir wrote a book on Ghalib and another one on Iqbal while teaching in the US.  Published by Penguin both books are being received well across the global Urdu circles.

While on a visit to his city of his birth, Raza Mir was invited by a group of friends to visit Lamakaan, a well-known cultural space in Banjara Hills, to speak about his Ghalib and Iqbal.

Mir made a smart move while talking and included two other greats of Urdu poetry—Meer and Faiz in his lecture.  He said, and the audience agreed, that though each one has his own style they introduced new lingo, newer philosophies and made their treatises relevant for ages to come.

Raza Mir, speaking eloquently about his subjects said that India should carve out in stone the features of these Great Four in stone as it was done in Mount Rushmore National Memorial in the US for their own prodigious personalities. The ones who are found on Rushmore are George Washington, Thomas Jefferson, Theodore Roosevelt and Abraham Lincoln. All the four were the presidents of the US in their times and contributed to the growth of their nation.  But the Great Four of India are known for their diction, thought and revolutionary ideas which would remain relevant for ages to come.

Raza Mir has also written a few other books which include a fiction, Murder at Mushaera.

Mir’s friend and one of the hosts Amirullah Khan said that both of them first met when they were doing Engineering from Osmania University. Later they pursued their own interests, Amir becoming a Development Economist and Raza Mir, a management expert and a writer who began introducing the indomitable souls of Urdu in the West.

Ashraf Rafi, retired professor of Urdu from Osmania University, was happy with the way Mir has tackled the subject in his books and added her own ideas to further the cause of Urdu literature.

Another speaker at the event was Prof Syed Ainul Hasan, Vice-Chancellor, of Maulana Azad National Urdu University.  He too was happy to be at the event. But he said he has issues with thoughts and philosophy presented by Iqbal. He thought that Iqbal’s philosophy of Islam was faulty.   He went on pinpoint mistakes in one of the couplets in his famous poem Saare JahaaN say achcha Hindustan Hamara.

The session ended with a warm question-answer session.