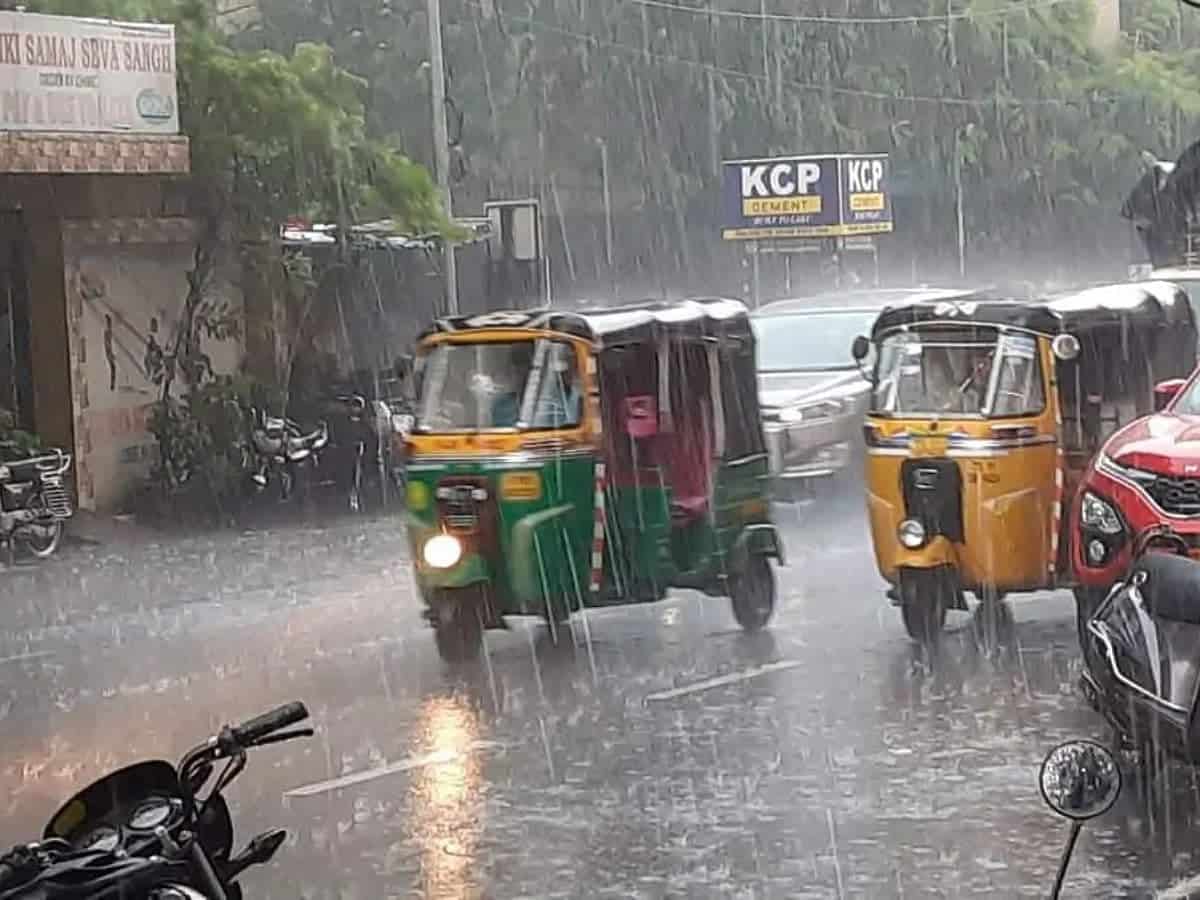 Hyderabad: The ongoing weather situation of light showers and intermittent rainfall in the city is likely to continue for the next few days, as the Telangana State Development Planning Society (TSDPS) forecast there is more rain to come and the IMD have both forecasted a rainfall warning for Telangana until August 29.

The India Meteorological Department (IMD) on Thursday issued a four-day rainfall warning for Telangana from August 26 to August 29. The department warned that light to moderate rain or thundershowers are very likely to occur at a few places in the state.

For the next 48 hours on August 27 and August 28, light to moderate rain is expected in Sangareddy, Vikarabad, Rangareddy, Yadadri, Nalgonda, Nagarkurnool, Mahabubnagar, Wanaparthy and Jogulamba districts and light to very Light Rain is expected in all over the state, except Kumuram Bheem, Mancherial, Peddapalli, Jayashankar, Mulugu, Warangal urban, Warangal rural and Mahabubabad districts.

In a separate bulletin, TSDPS said that Kotgiri in Nizamabad district recorded a maximum of 131.5 mm rainfall a day earlier on Wednesday as against the state average of 4.6 mm. Moderate rainfall between 15.6 to 64.4 mm was received at many places over the state except Peddapalli, Suryapet, Narayanpet Wanaparthy and Jogulamba Gadwal districts, TSDPS said.

Besides, light rainfall between 2.4 mm to 15.5 mm received at many places all over the state except Peddapalli and Wanaparthy districts.