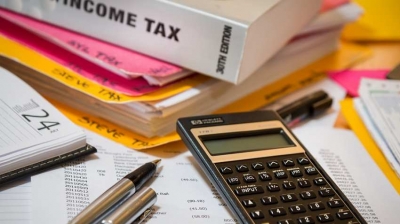 New Delhi, Jan 12 : The Income Tax Department has carried out a search and seizure action based on its investigation into income tax evasion using bogus sub-contractors and shell entities along with enquiries made related to entities flagged for providing fake input tax credit.

The search operation on January 7 was carried out on the premises of a prominent civil contractor working in Telangana, accused of generating cash through the use of bogus sub-contracts and bogus billers.

The search operation was conducted on 19 premises across Hyderabad. It also covered a network of individuals running the racket of entry operation and generation of huge cash through fake billing, a Finance ministry statement said.

Several shell entities/firms were used by the searched entry operators for layering of unaccounted money and cash withdrawals against fake bills issued wherein bogus input tax credit was passed on, the statement added.

Statements of such entry operators, their dummy partners/employees, and the cash handlers of the beneficiaries have also been recorded, clearly validating the entire money trail, the ministry said.

The search has led to the seizure of evidences of bogus sub-contracts being given through intermediaries operating as shell entities. Evidence of the use of this modus operandi to generate huge unaccounted cash was found along with details of the entire network of the entry operators, intermediaries, cash handlers, beneficiaries and the firms and companies involved. Forensic analysis of digital data, including pen drive and retrieved e-mails, has given clinching evidences in this regard.

So far, documents evidencing accommodation entries of more than Rs 160 crore have been found and seized. The assessee company has also admitted the same in its statement, a press release on the issue said.

Further investigations are in progress.