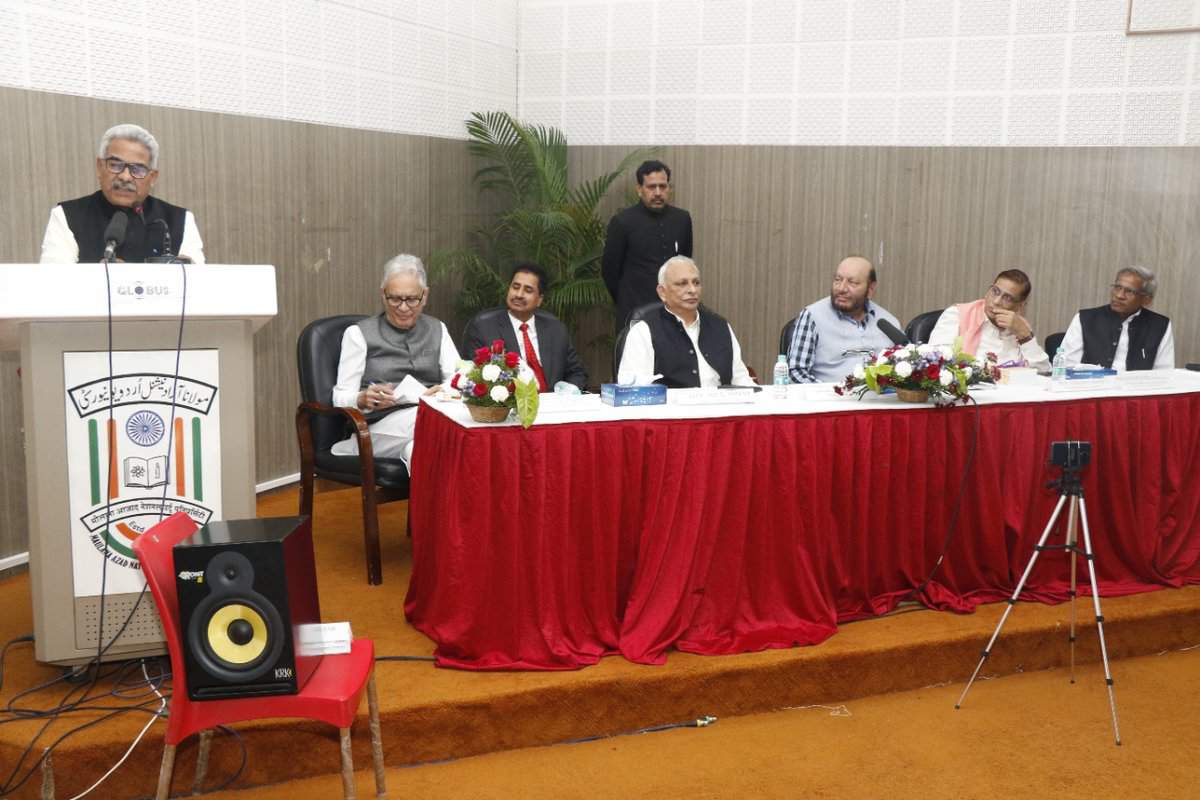 Hyderabad: India is the only country with unimaginable and infinite diversity that encourages inclusiveness. A large part of Indian literature is based on dialogue. Dara Shikoh, elder son of Mughal Emperor Shahjahan is responsible for restarting the process of dialogue which had remained stalled. He established libraries in Banaras, Delhi, Agra, Lahore and Srinagar.

These views were expressed by Dr. Krishna Gopal, eminent scholar and expert on Dara Shikoh Studies while speaking on Wednesday at the valedictory function of the two-day International Conference at Maulana Azad National Urdu University (MANUU).

The Book Deewan-e-Dara Shikoh published by NCPUL was released by Dr. Krishna Gopal.

The conference Majma-ul-Bahrain of Dara Shikoh, Harbinger of Pluralistic Approach towards Religion and Spirituality was organized by Department of Persian & Central Asian Studies, (DP&CAS), MANUU was supported by Delhi-based National Council for Promotion of Urdu Language (NCPUL). The speakers at the conference spoke about the different aspects of the multi-faceted personality of the Mughal Prince.

Dr.  Gopal said God created all humans. Dara Shikoh conveyed this message. “We want to be separate but it creates discord that’s why we must embrace inclusion. Organizations like United Nations, UNESCO are looking for a way to remedy the separatism spread all over the world,” he added.

Mumtaz Ali pointed that Majma-ul-Bahrain brings our minds together to think and find out solution so that people could live in peace.

Prof. Ainul Hasan said humans are highly ambitious which is leading to disastrous situation. “We should stop and discourage it. We carry several identities, but biggest identity should be that of an Indian. On one hand when I reveal several identities such as mother tongue, religion, birth place, education etc., I carry one particular identity as an Indian and Krishna Gopal ji has rightly said that let us not fight it out rather we should enjoy our identity,” he said.
Prof. Aquil Ahmad, Director, NCPUL, Prof. Faizan Mustafa, Vice-Chancellor, NALSAR University, Prof. T V Kattimani, Vice-Chancellor, Central Tribal University of AP and Dr. Mir Asghar Hussain, former director, ED/EPS, UNESCO, Paris also spoke.