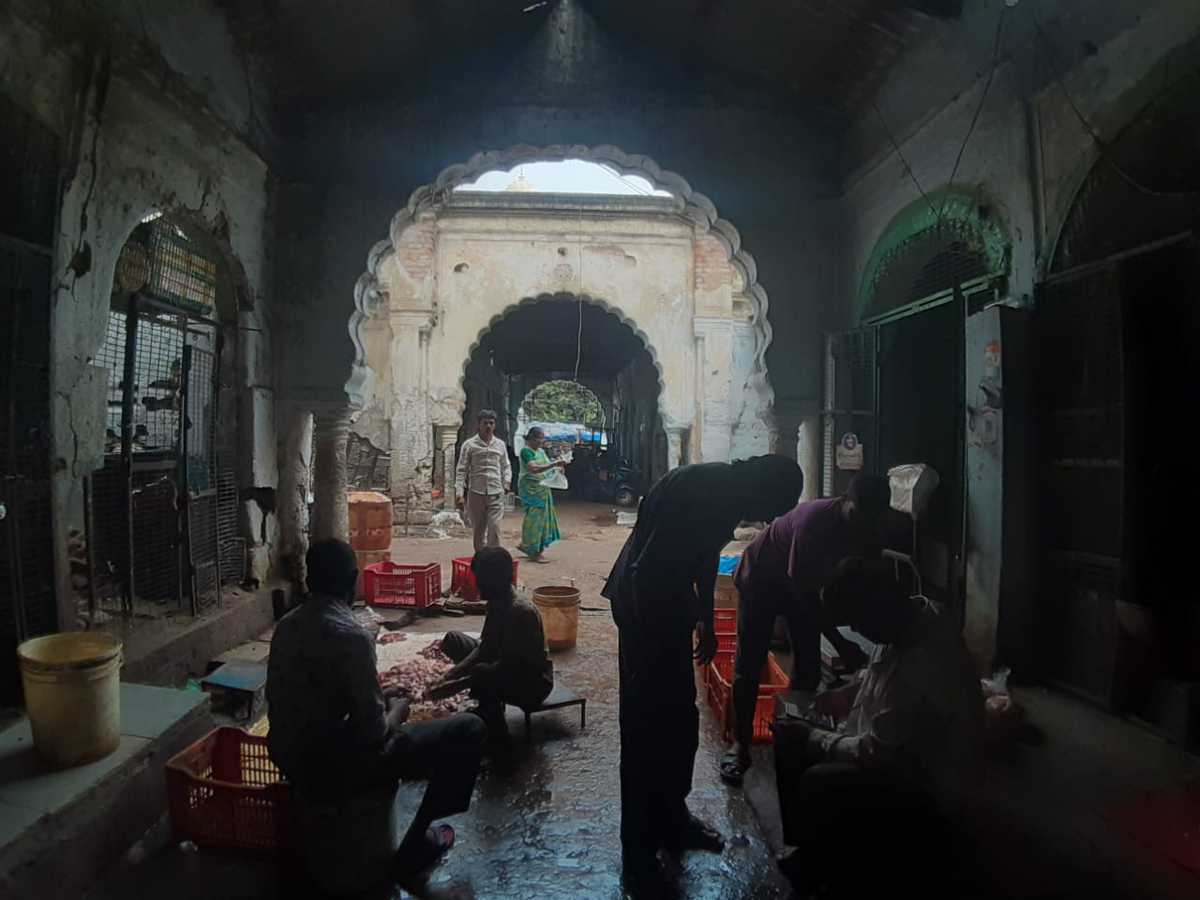 Hyderabad: Shopkeepers and vendors at the historic Murgi Chowk market, located in the Old City, are concerned about its drainage system and infrastructure which have been crumbling with time. The business 200 plus bird and meat shop owners there want the market place to be reconstructed by the state government.

Mehboob Chowk or Murgi Chowk, a construction of 1892, was built by Asman Jah, a former prime minister of the erstwhile state of Hyderabad under the Nizams (1724-1948). The chowk consists of about more than 200 shops of bird sellers and meat shops.

The vendors stationed there have been facing difficulties over the years, mainly due to civic and infrastructure problems that have cropped up due to various reasons. The government had promised the reconstruction of the chowk with proper infrastructure but no action has been taken so far.

“Reconstruction has been a longstanding promise. Although the discussions are ongoing there is always a debate around clearing out the whole place and reconstructing it, while we argue that it should be reconstructed in two parts so that our businesses do not shut down completely,”  said a vendor, Syed Anwar.

Anwar and others said that the dirt removed from the nalas in the area still lies around afterwards and is dragged around the area by vehicles that pass by, causing the entire area to stay in slush and stink. “The infrastructure is old, we face issues and problems due to the drainage systems. Almost every other year when it rains heavily the area floods and we bear the cost of the poor system,” Anwar added.

“The government had promised to make arrangements. KTR had visited the area a few years back and sanctioned an amount for the development of the area but apart from a few constructed but locked toilets and a few nalas dug up and cleaned there hasn’t been much of a change,” said Mohammed Ghouse.

Ghouse stated that shop owners are not even asking for compensation or demanding immediate reconstruction of Murgi Chowk. “We only ask for basic arrangements to be made so that we do not have to face losses due to floods each year,” he added.

“Even if they promise to relocate us, being placed kilometers away from the place is not feasible for us,” said another vendor. However, the problem in the area also lies in the fact that the shops in the market area came up haphazardly over the years.

A number of shops in the area have been constructed over drainage routes, that connected to the Musi river, that cause the flooding, adding to the issue of increased rains in the city.