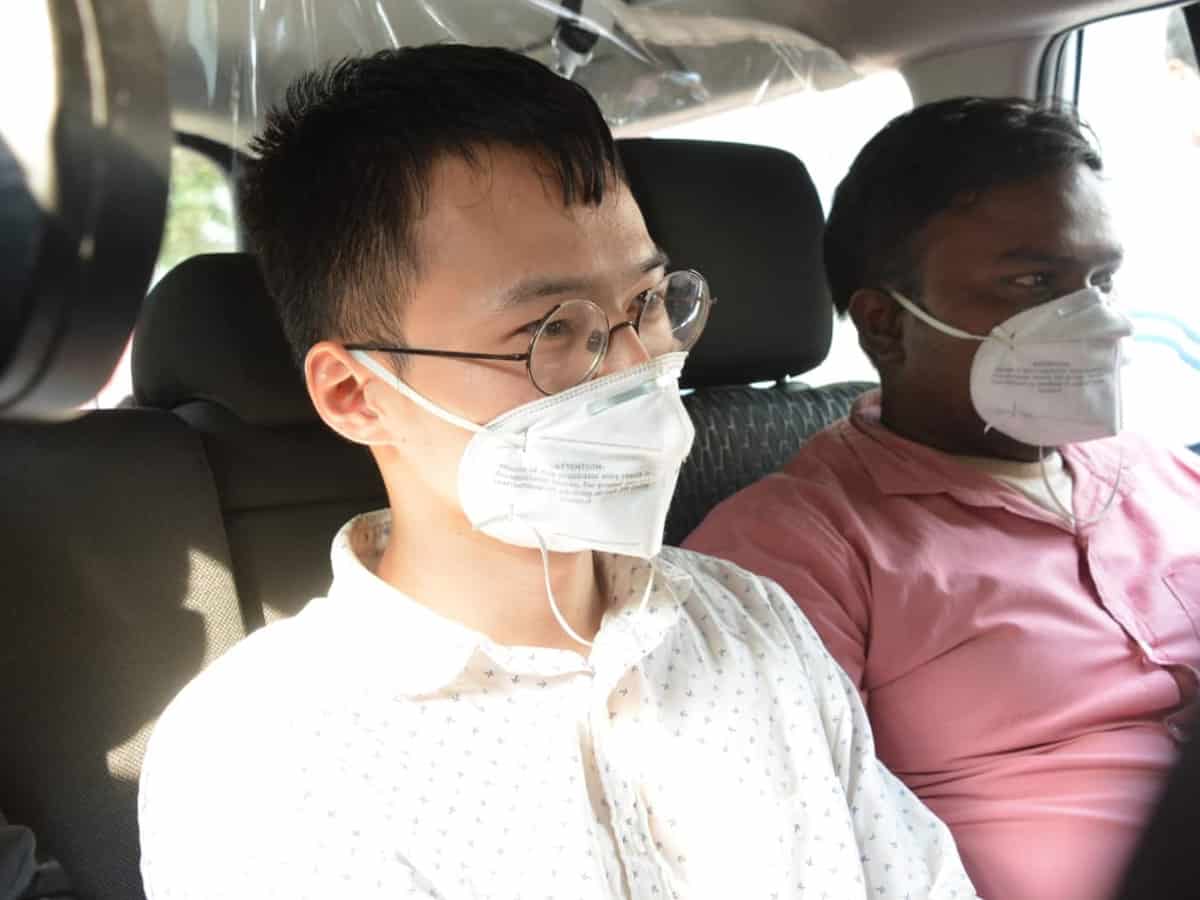 Hyderabad: The Cyber Crime Cell of Rachakonda Police on Wednesday busted an online money-lending racket and arrested two persons— an Indian citizen and a Chinese national— from Thane, Maharashtra.

In continuation of the investigation on the instant loan apps fraud case and based on the confession of previously arrested persons, the Cyber Crime Cell officers traced down the duo in Thane, Maharashtra.

The police have apprehended He Jian alias Mark (26), a Chinese national residing in Mumbai and Vivek Kumar (26), an accountant who lives in Thane West and is a native of uttar Pradesh. The duo was majorly accused of committing instant loan fraud.

The police produced them in the local court in Thane and brought them to Hyderabad on Wednesday on transit warrant.

The police have seized four laptops, two mobile phones, an Apple computer, a Wi-Fi router, debit card from the Chinese national. His passport was also seized.

According to Rachakonda Police Commissioner, Mahesh Bhagwat, “Mark came to India in July, 2019 on a business visa and joined as representative of Chinese nationals Xu Nan, Xu Xinchang and Zhao Qiao who are the directors of Micro finance loan apps companies based in Thane.”

These companies are providing instant online microloans with high rates of interest to the online money borrowers through their online loan mobile applications like Kraxy Bean, Krazy Rupee etc.

“These online money-lending companies do not have any valid licenses registered with the Reserve Bank of India to run the NBFC business based on online applications,” said the commissioner.