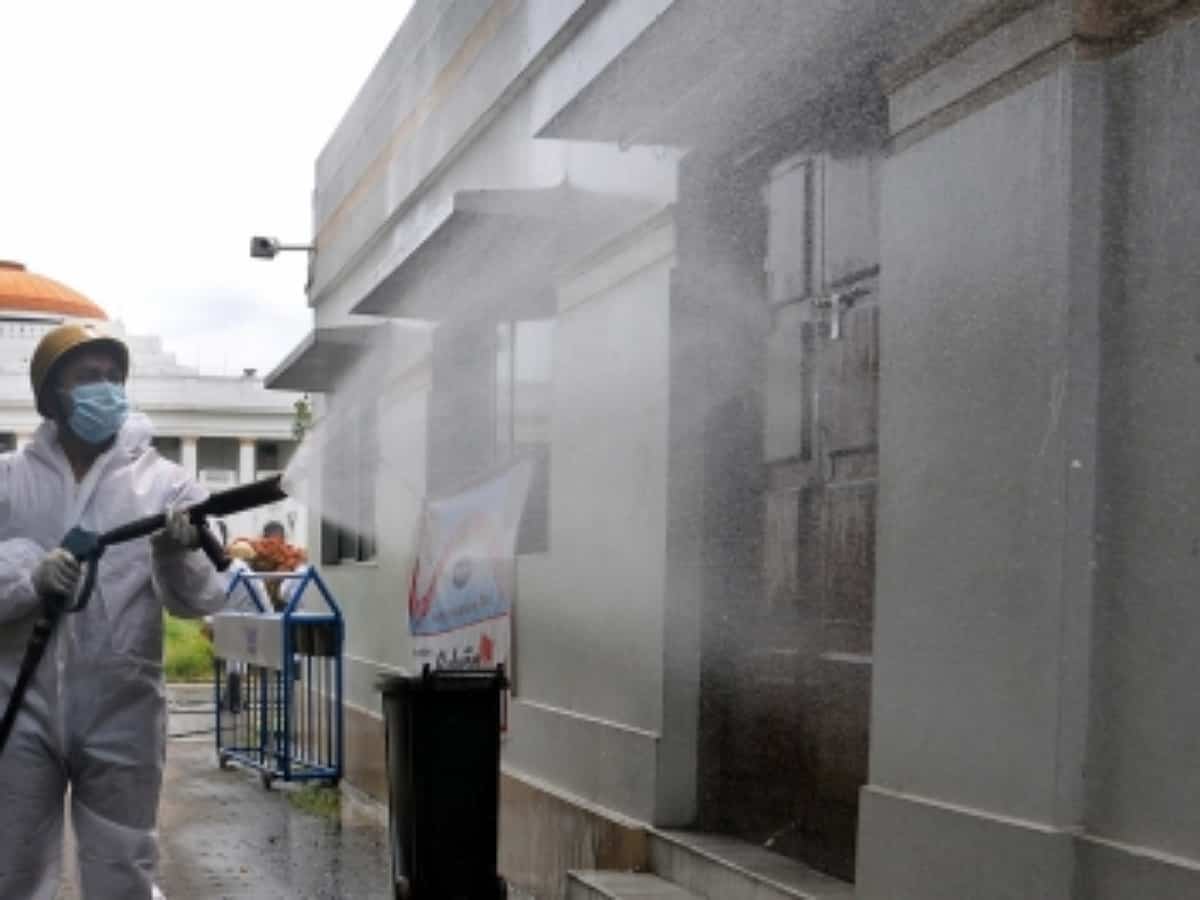 Hyderabad: Municipal authorities in Hyderabad on Sunday took up intensive sanitisation drive and sprayed sodium hypochlorite at several places in the city in view of the massive surge in Covid-19 cases.

Spraying of sodium hypochlorite was taken up at 636 places in the city by 453 teams of the Entomology Department. In a single day, they sprayed 900 litres of disinfectant. The teams used 840 sprayers, seven jet machines, 63 big fogging machines, and 302 small fogging machines for spraying in over 16,000 habitations.

Spraying of sodium hypochlorite was taken up twice in a day in areas where more number of Covid cases were being recorded. The authorities have made available 3,000 litres of the chemical in every GHMC zone. Emergency teams have been constituted at the zone and circle levels.

Mayor Vijayalaxmi Gadwal conducted a surprise visit at few places in the city to review the sanitisation drive, which will continue for three days.

The Mayor also made a surprise visit in Khairatabad and Charminar zones to inspect the special sanitisation drive.

She was shocked to see garbage littered up to one kilometer on a road in Vijayanagar colony, summoned the Deputy Commissioner and directed him to immediately get the garbage cleared. She also spoke to the Zonal Commissioner over phone to convey her unhappiness. She directed that garbage be cleared immediately from all the places.

Telangana on Sunday reported over 5,000 cases during 24-hour period, the highest single day spike since the outbreak last year. Hyderabad alone accounted for more than 700 cases.