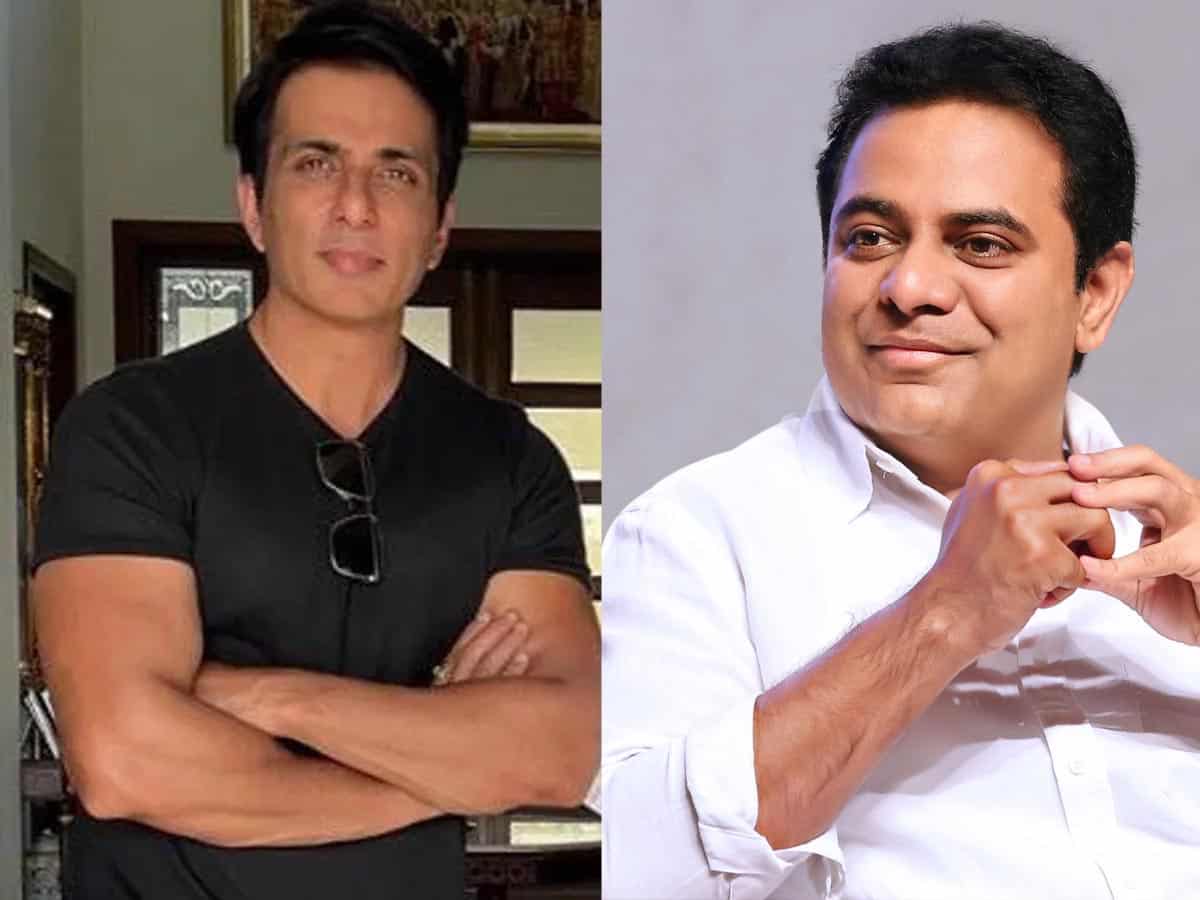 Hyderabad: IT Minister KT Rama Rao today praised Actor Sonu Sood for his help to the corona victims and people who suffered during a pandemic period in the country. The Minister from Telangana took exception to the IT raids on Sonu Sood residence when he was helping the needy during the corona pandemic.

Participating at a program to felicitate corona warriors along with Sonu Sood, the minister praised the actor for his generosity. KTR said that the actor should not fear such raids as the government will support him for his future endeavors. He appealed to the actor to continue to support the needy. There is no need of fear for the actor in any such raids, KTR said.

The Minister maintained that they will continue to work with the actor for such philanthropic works in the country. The actor has a great heart for helping the poor and needy during the corona pandemic, KTR lauded. It was not correct to conduct such raids when the outer world was in praise of the actor, KT Rama Rao said.