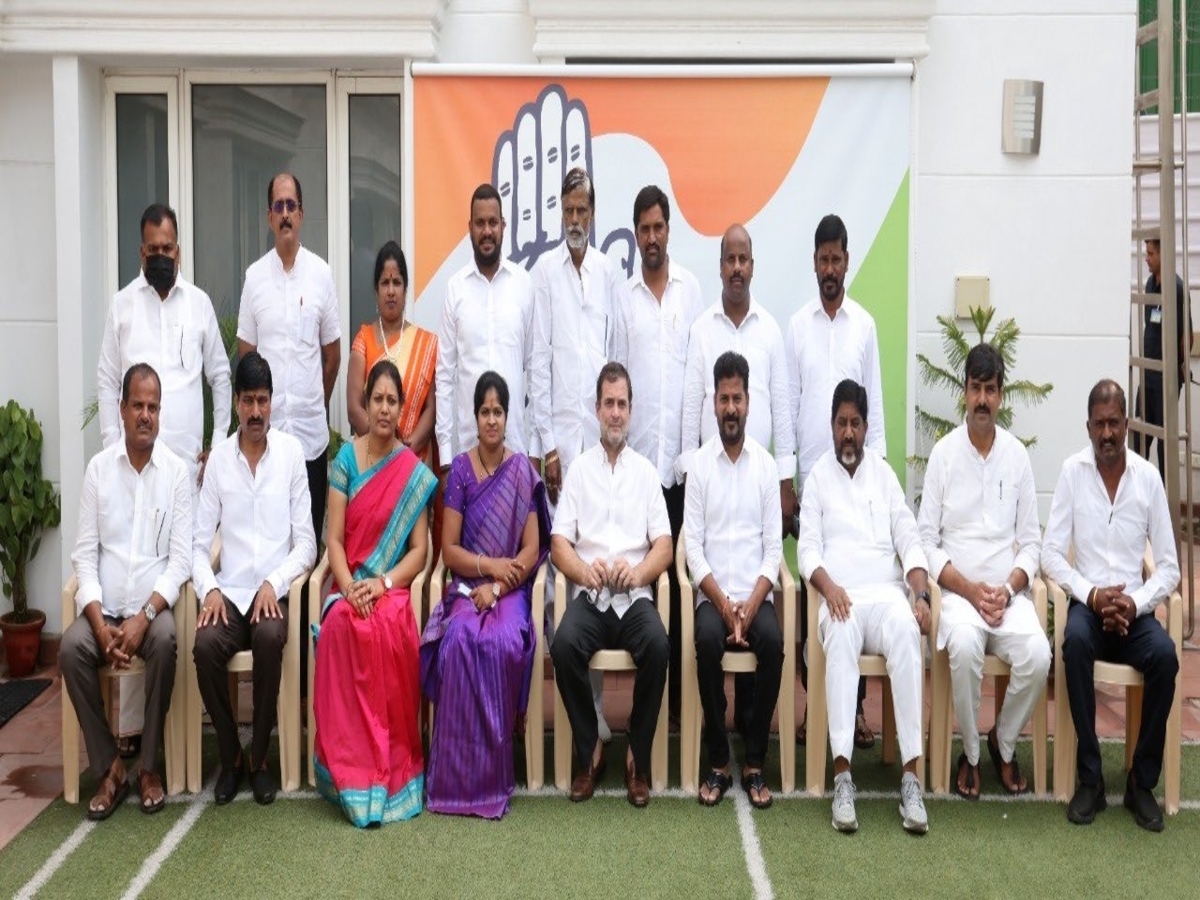 Hyderabad: Telangana’s ruling TRS received a jolt on Monday when the Mayor of Badangpet Municipal Corporation and two corporators joined the opposition Congress.

State Congress President A. Revanth Reddy and other party leaders were present.

Parijatha was elected Mayor of the newly-created urban body on the outskirts of Hyderabad after defecting to the TRS from the Congress along with few other corporators.

Alleging that she was being sidelined in the TRS, she sent her resignation to party’s Ranga Reddy district chief and MLA Manchireddy Kishan Reddy.

She stated that depsite her sincere efforts to work for the TRS, the party leaders in Maheshwaram Assembly constituency and Badangpet Corporation were sidelining her.

After meeting Rahul Gandhi along with the Mayor, two corporators and other leaders, Revanth Reddy said the Congress would continue its fight against wrong policies of both the BJP government at the Centre and the TRS government in the state.

He said Gandhi suggested them to stand by the people in the fight against both the Central and Telangana governments.

Revanth Reddy said that as a party which carved out Telangana state, the Congress also has the responsibility to save the state.

He said while Narendra Modi government has burdened the common man with steep and indiscriminate hike in prices of petroleum products, the TRS government headed by KCR has pushed Telangana into a debt trap, alleging that not only has the development of Telangana come to a standstill but the state is on the verge of going bankrupt.