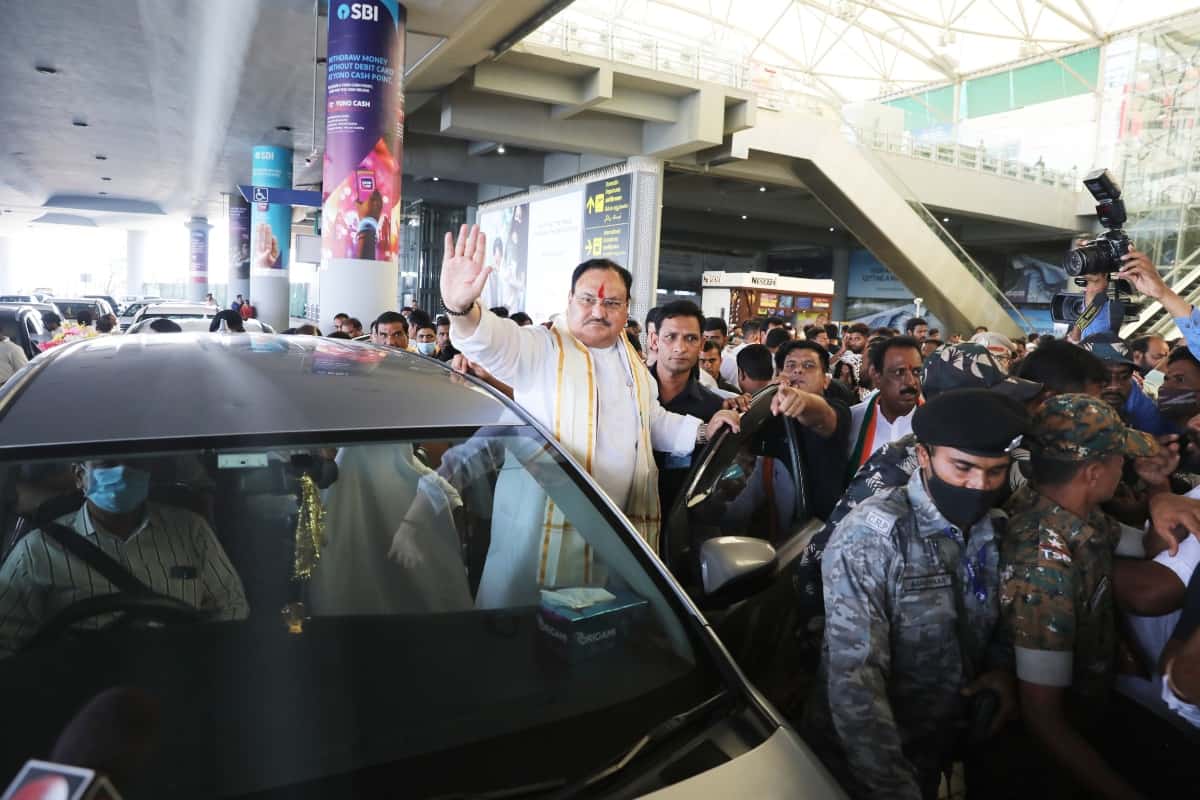 Hyderabad: President of Bharatiya Janata Party (BJP) Jagat Prakash Nadda was warmly received by the Telangana BJP representatives on Thursday. He will attend a public meeting at Mahabubnagar as part of the state unit president and MP Bandi Sanjay Kumar’s ongoing ‘padayatra’.

“The welcome I received upon my arrival in Hyderabad will forever be memorable to me. The affection and love that our karyakartas and @BJP4Telangana leaders bestowed upon me has left me humbled and eternally grateful,” Nadda tweeted.