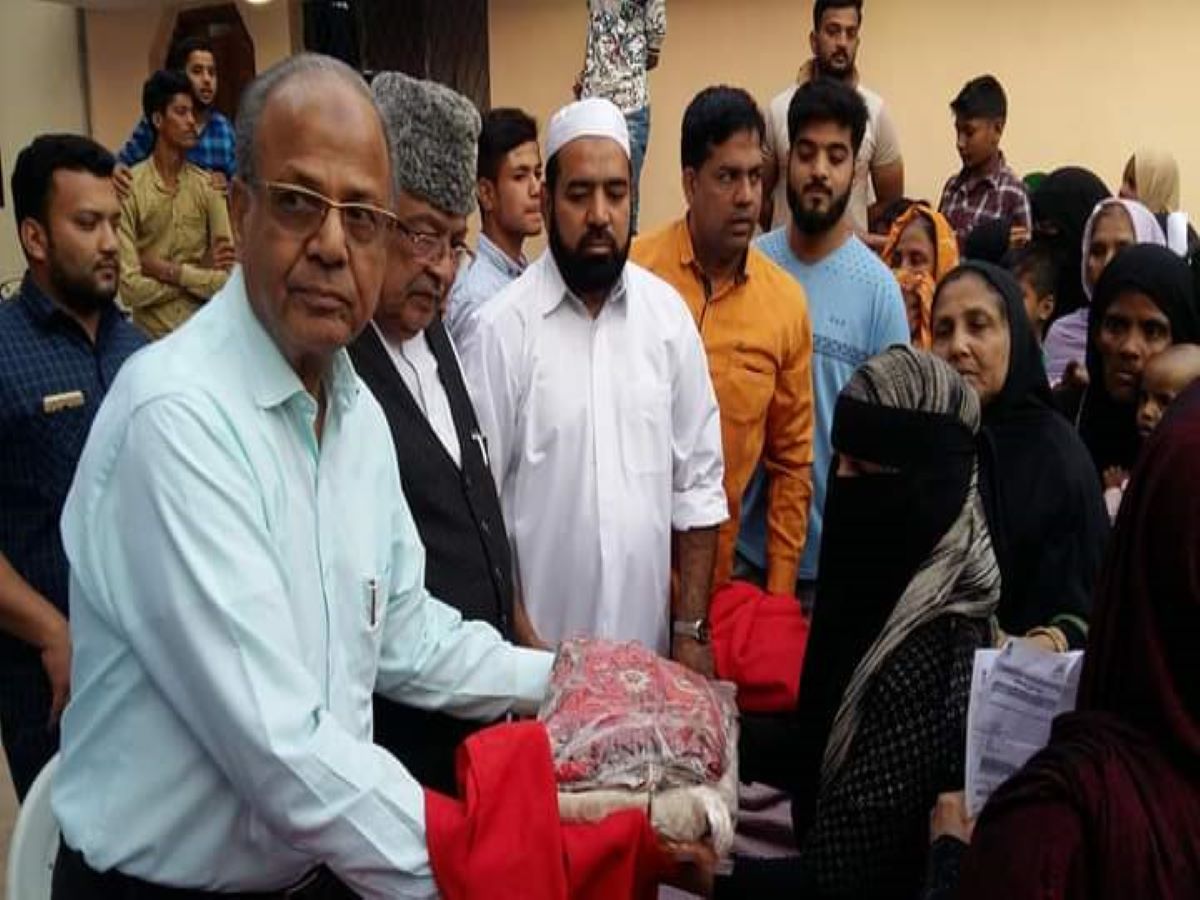 Hyderabad: The Siasat Urdu Daily, Faiz–e–Aam Trust and Helping Hands initiated Kapda Bank 6 years ago with a view to provide free clothes to the poor, needy and underprivileged, people who are in possession of white ration card (below poverty line). The Kapda Bank was started on April 29, 2016 at the Abid Ali Khan Eye Hospital premises, Darulshifa.

The initiative has provided a great relief to the poor and needy. The beneficiaries also gave positive feedback about the scheme.

People of all faiths have come and accessed the cloths and other items mentioned above including, Muslims, Christians, Hindus etc. People belonging to the differently abled and one woman aged about 90 years has also got benefited by the scheme.

Kapda Bank gives used and new items to the beneficiaries which are properly washed, ironed and put into covers.

It is providing great relief by way of succor to the poor and indigent by reaching out financially challenged which otherwise would have drained the financial resources from the poor.

The founders envision to run the bank on a long term basis to enable poor and needy to continuously get benefited the scheme.

The successful running of the centre at Darulshifa made the organisers to open more similar centre others areas.

The event will be held under the patronage of Editor of Siasat Daily Zahid Ali Khan, Chaya Ratan IAS (Ret) will be chief guest and Director of New Eye Health Alliance, Dr. Subhadra Jalali and Social Activist Jasveen Jairath will be guest of honours.