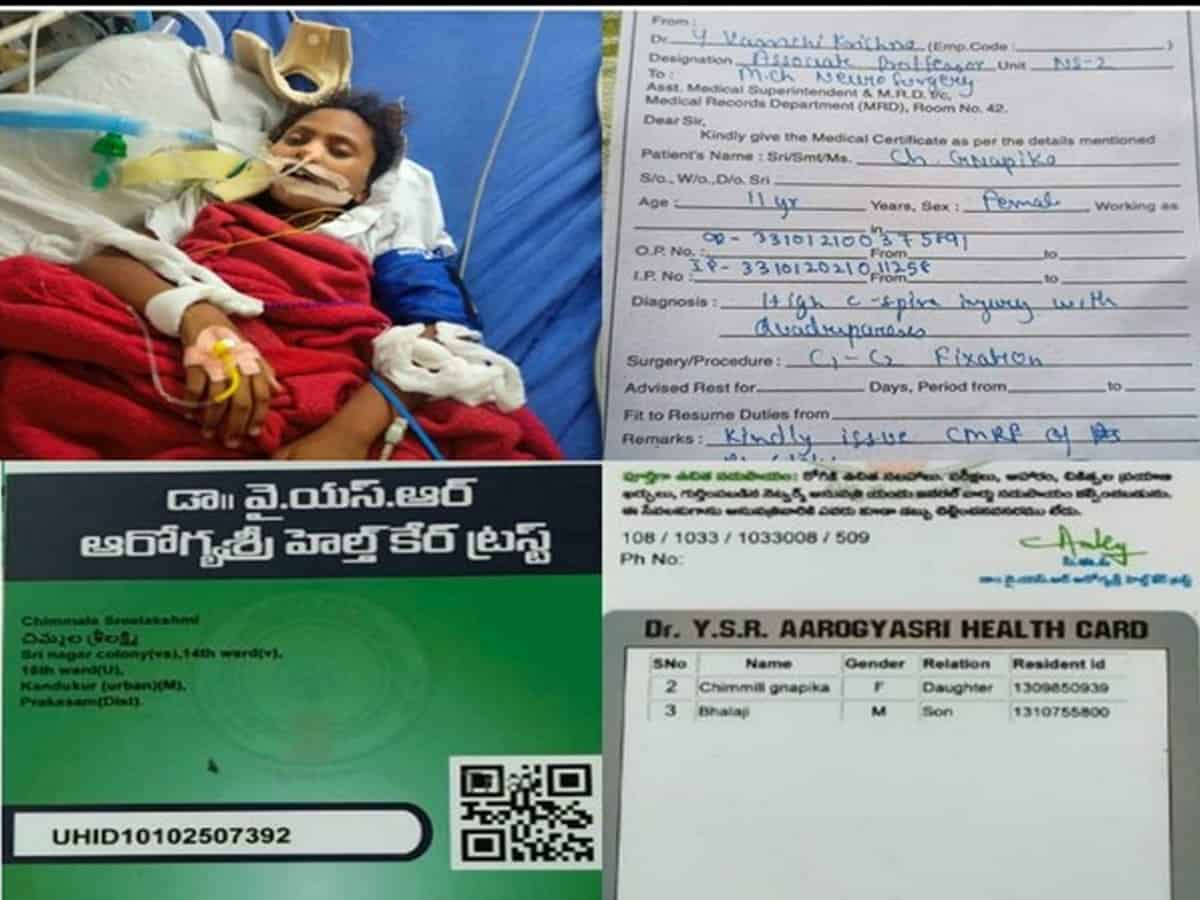 Hyderabad: Paying heed to a distress call on Twitter, Kalvakuntla Kavitha, an MLC and daughter of the Telangana CM, came to the aid of Gnapika, an 11-year-old resident of Kandukur village in Prakasam district of Andhra Pradesh, who was diagnosed with a severe C-Spine injury.

After multiple failed attempts from her home state, a cry for help was made on Twitter on April 21 to save the life of Gnapika. Kavitha who was addressed in the tweet, wasted no time and immediately started the process of saving her life.

Kavitha moved beyond the territorial boundaries and immediately reached out to NIMS, Hyderabad seeking their medical intervention. On Saturday, Gnapika underwent her first surgery. Kavitha also extended financial support to the family of Gnapika and took full responsibilities of her surgery.

In such testing times, instances like these, give us hope of a better tomorrow. MLC Kavitha is known for her philanthropic work and has previously helped migrants abroad or families and individuals in distress.