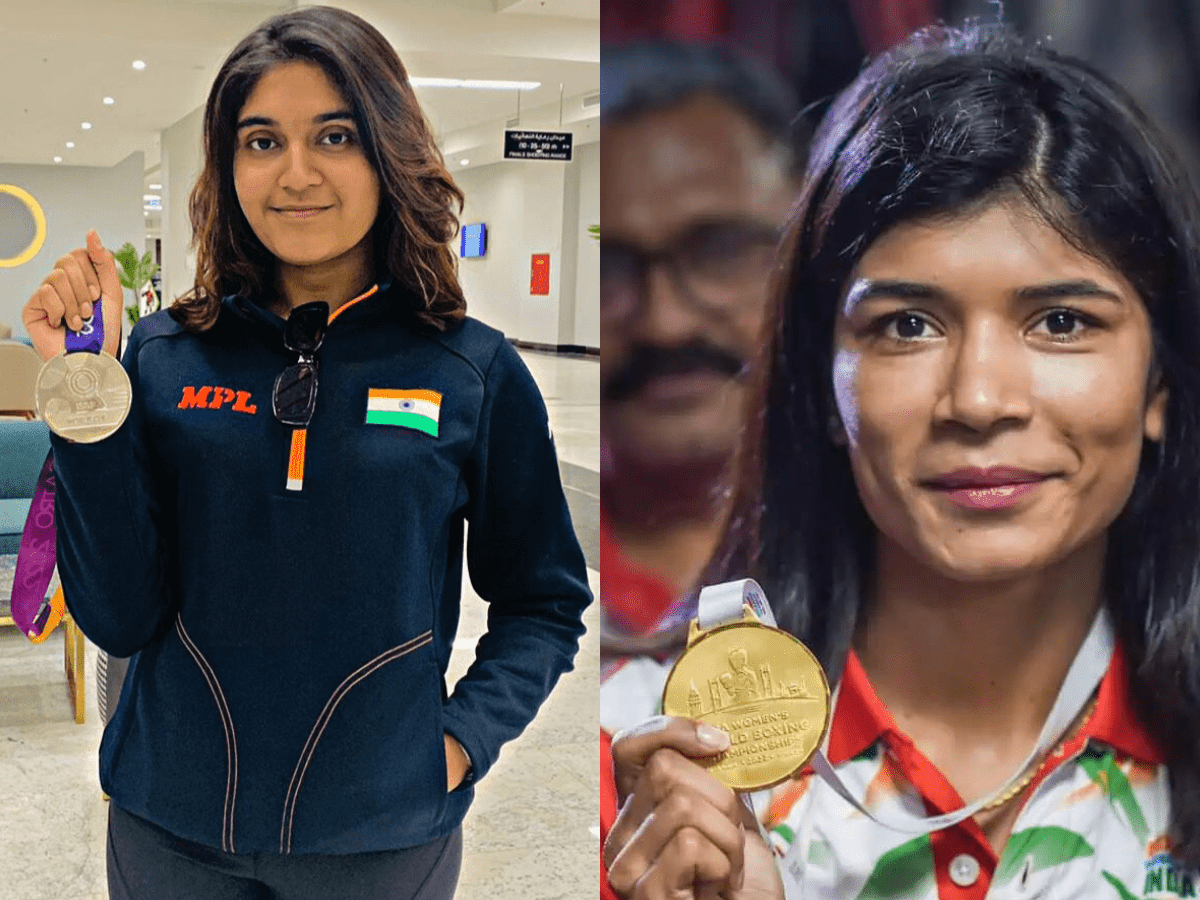 The Chief Minister also announced that both athletes will receive land in Jubilee Hills and Banjara Hills for their homes. Nikhat Zareen made history by becoming the first person from the state and South India to win the world championship in the 52 kg weight class in Istanbul. Meanwhile, at the recently concluded ISSF Junior World Cup in Germany, Esha Singh won three gold medals in team events.

Both athletes from Nizamabad were greeted warmly at Rajiv Gandhi International Airport in Shamshabad and later honored. Previously, the state government had awarded Nikhat Zareen Rs 50 lakh for her training purposes in 2014.

Speaking about her future goal, Zareen said that she aims for an Olympic medal at the Paris Olympics. She further thanked the Telangana government for supporting her.