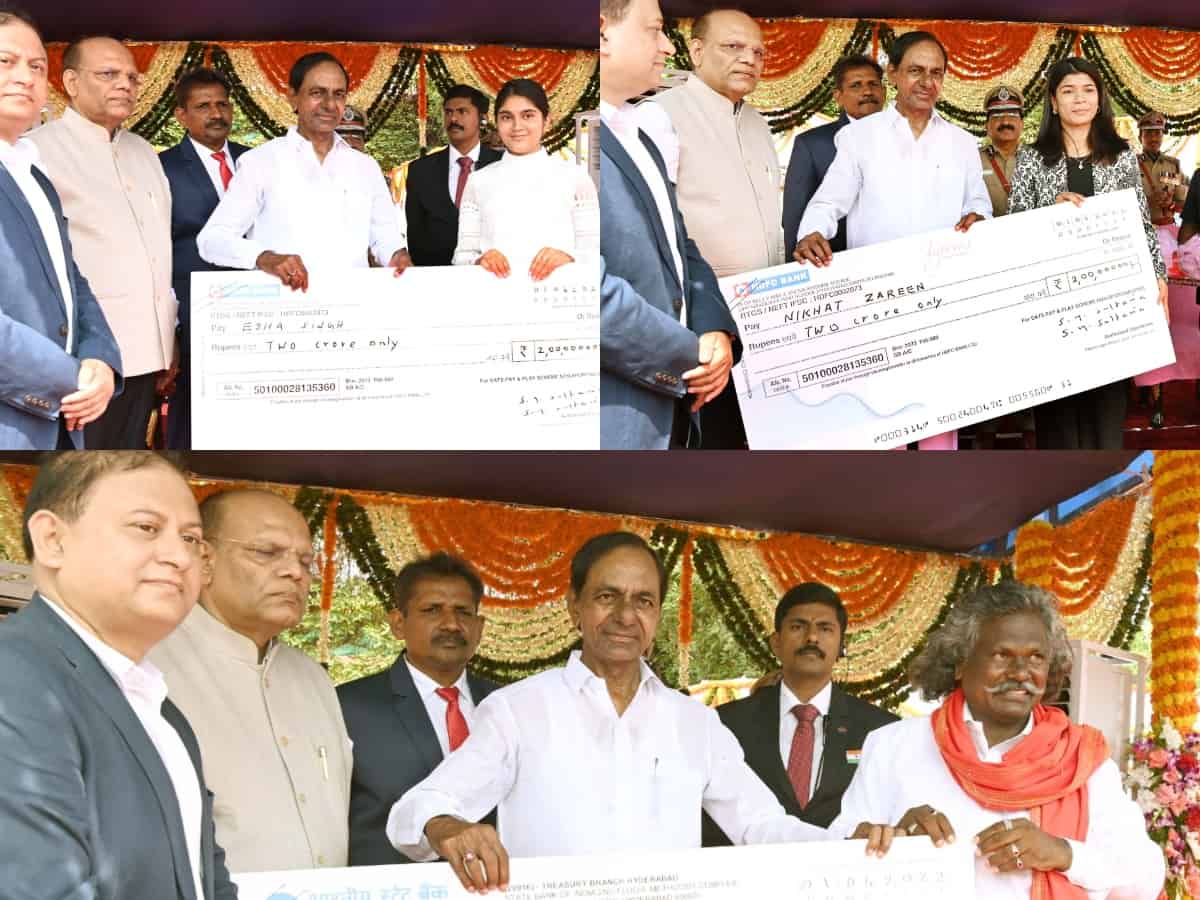 KCR awarded cheques of Rs 2 crore each to Nikhat and Esha, and a cheque of Rs 1 crore to Mogulaiah.

The government previously also announced that both athletes will receive land in Jubilee Hills and Banjara Hills for their homes.

Nikhat Zareen made history by becoming the first person from the state and South India to win the world championship in the 52 kg weight class in Istanbul. Meanwhile, at the recently concluded ISSF Junior World Cup in Germany, Esha Singh won three gold medals in team events.

The Chief Minister also announced a house as a reward for the legendary Kinnera player Darshanam Mogulaiah and directed MLA Guvvala Balaraju to identify a favorable site for the house and make necessary arrangements to oversee its construction.

Stating that the state strives to support such artists and revive its art forms, he announced that the state was providing an honorarium to recognise Mogilaiah’s services towards the art form.