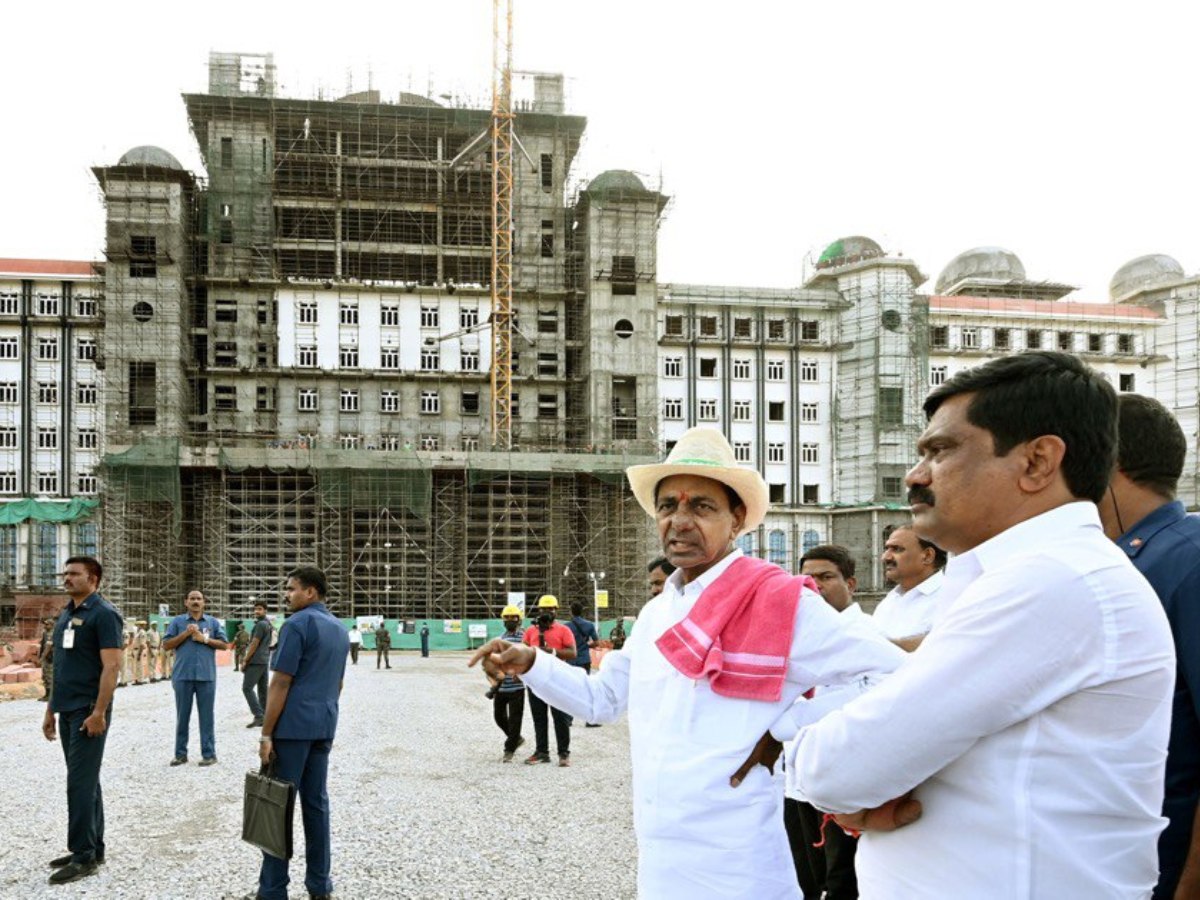 Hyderabad: Telangana Chief Minister K. Chandrasekhar Rao on Wednesday inspected the construction of a new building of the state secretariat.

He directed state roads and buildings minister V. Prashant Reddy and officials to complete the construction works at the earliest without any compromise in the quality.

He visited the secretariat in the evening and suggested that the works of all the departments should be magnificent and grandeur.

The Chief Minister closely inspected all the ongoing construction activity in the new Secretariat premises. He enquired the officials about the progress in the works as per the original design.

KCR, as the chief minister is popularly known, instructed the authorities to take all necessary steps and precautions to complete the works simultaneously at a fast pace.

Attempts made to divide society for politics: KCR

He said the works should not be delayed under any circumstances. KCR suggested the officials select new models for the construction of slabs, domes on the building, interior works and furniture.

The Chief Minister also inspected the construction works of ministers’ chambers, meeting halls and ante rooms and made suggestions to the officials. The chief minister instructed the officials to develop a wonderful greenery and landscaping in the secretariat premises and also in the centre of the building on a sprawling 2 acres free space.

The Chief Minister also directed the officials to complete the works of visitors’ lounge and soil filling work along the secretariat wall.

He made suggestions for vehicle parking to foreign delegates, ministers, MPs, MLCs, MLAs and visitors coming to the Secretariat.

He advised the officials to take proper precautions to ensure the convenience of public representatives, officials and people coming to the new Secretariat from different districts.