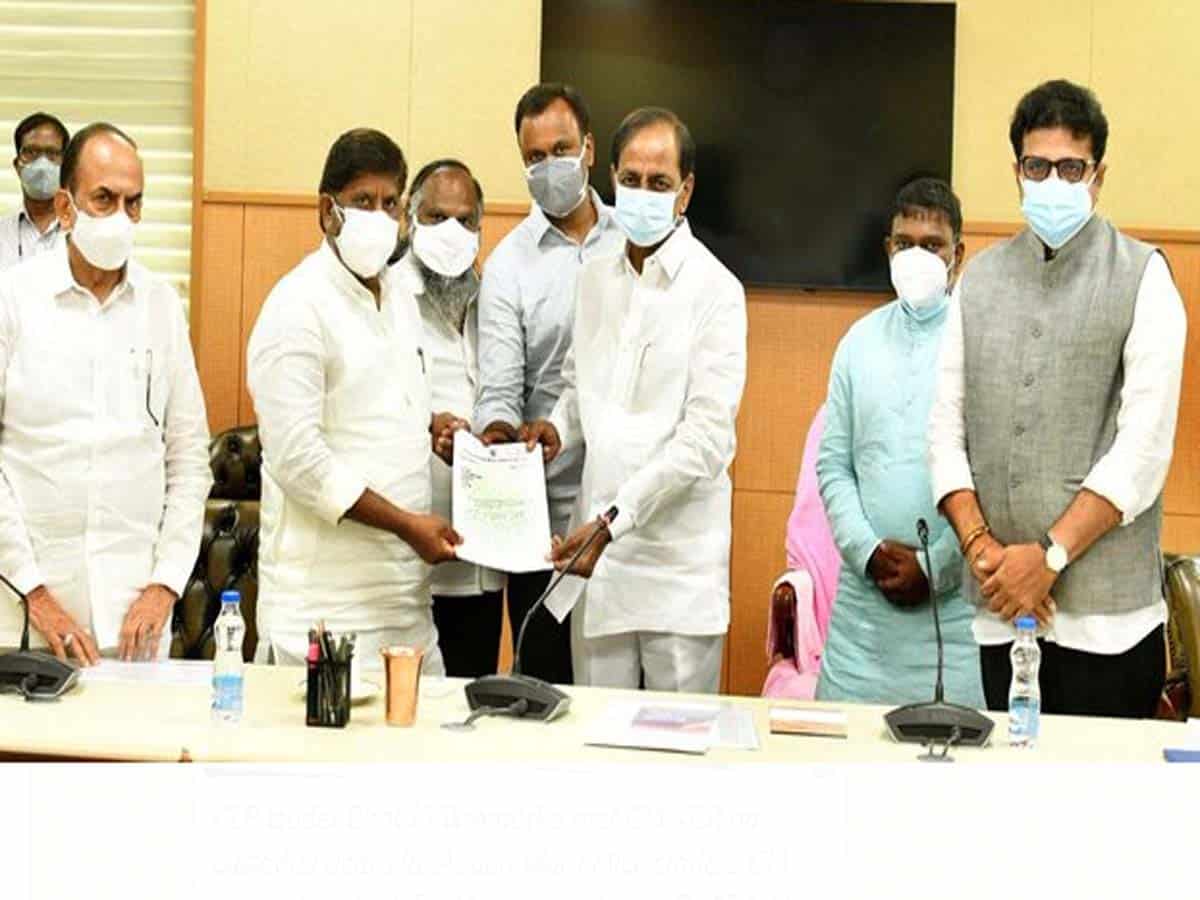 Hyderabad: The Chief Minister K Chandrashekhar Rao on Friday instructed DGP Mahender Reddy to immediately inquire about the lock up death of Dalit women Mariamma, and take stringent action against the police personnel responsible as per the law and if need be, remove them from the service.

The CM said that the lockup death of the Dalit woman Mariamma from Chintakaniki in Madhira Assembly segment under Khammam district was very painful and added that the government would never support measures.

The CM also said that the government would support son and daughters of Mariamma. The CM instructed Chief Secretary of the state Somesh Kumar to ensure that Mariamma’s son Uday Kiran was given a government job, a house and Rs 15 Lakh ex gratia amount, and Mariamma’s two daughters are given Rs 10 Lakh each. The CM instructed the DGP to visit Chintakaniki to find out the facts and details about the lockup death and console the members of the victim’s family.

CLP Leader and Madhira MLA Bhatti Vikramarka, Congress MLAs D Sridhar Babu, Komatireddy Rajagopal Reddy, Jaggareddy, Congress SC Cell Chairman Pritam have met the CM at Pragathi Bhavan here on Friday and submitted a memorandum to KCR in this regard. The CM expressed anger over the behaviour of police in the lockup death of Mariamma. The CM suggested that local Minister Puvvada Ajaykumar, MP Nama Nageshwar Rao, district Collector should take CLP leader and local MLA Bhatti Vikramarka along with them on June 28 and meet the victim’s family members and console them.