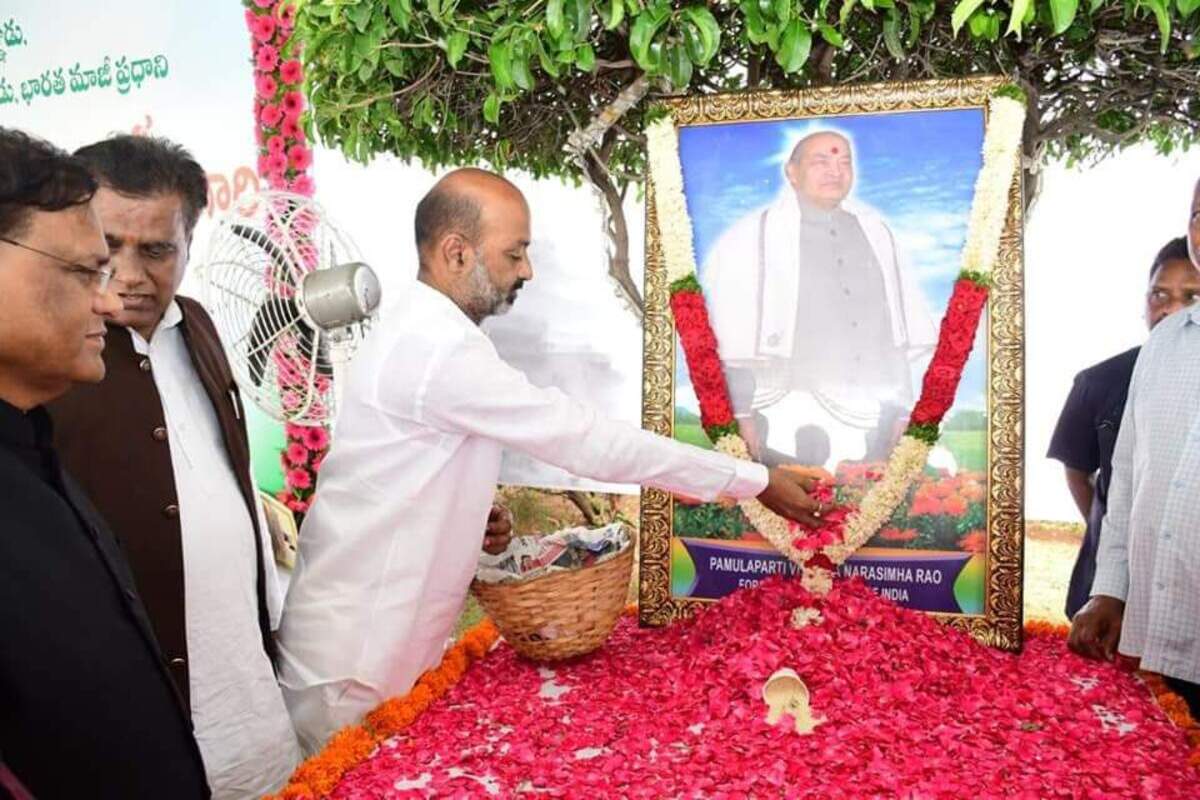 Speaking to reporters after paying tributes to PV on his 101st birth anniversary, Sanjay said KCR was known for his ‘use-and-throw’ attitude.

Describing Rao as a polyglot, Sanjay said that it is a matter of pride that PV Narasimha Rao belongs to Telangana and served several positions at the Centre, including the Prime Minister. He also said that PV introduced reforms and how he always thought of the poor, which was inspiring.

Reminding how KCR sang paeans for the former Prime Minister, Sanjay said that he couldn’t care to pay respects on the leader’s birth anniversary as there are no elections now. “KCR even promised Rs 100 crores for PV Ghat but nothing has been done,” he added.

“Not just that, KCR even forgot about the development of PV’s birthplace Vangara and construction of a memorial,” the Kaminagar MP stated. He said that it is an insult to PV Narasimha Rao and his family members to use his legacy for political gains.

Sanjay also came down heavily on the Congress party, saying that they never respected PV as the Prime Minister despite his political acumen, for he was not from the Gandhi family. “It is shame that even they didn’t participate in PV’s birth anniversary,” Sanjay said.