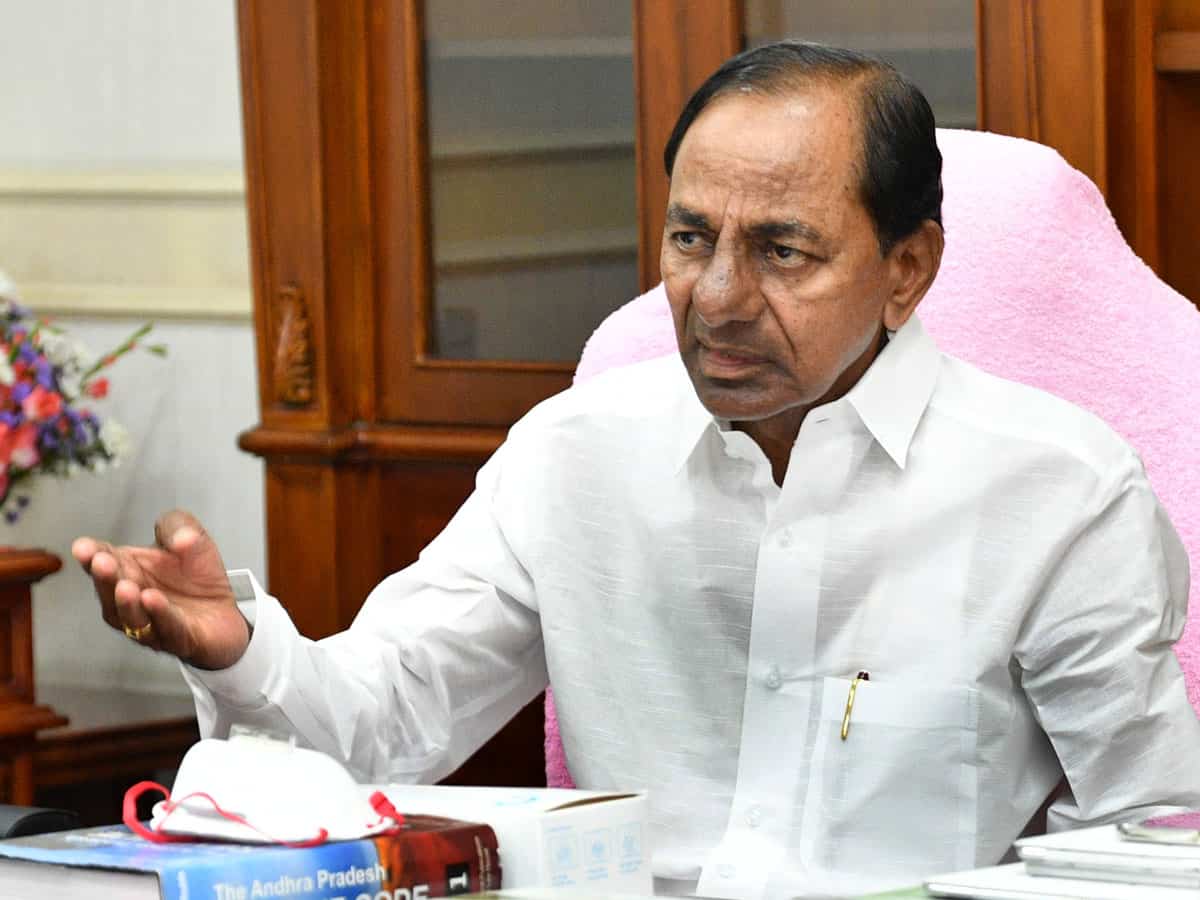 Hyderabad: Chief Minister K Chandrashekhar Rao sought a performance report of the Minorities Welfare Department (MWD) schemes to take important decisions to better its performance.  According to reliable sources, the CM is unhappy with the poor state of Affairs of the MWD schemes and he sought an urgent detailed report from the Government’s advisor A K Khan in this regard.

The CM also instructed the Minorities Welfare Secretary Ahmed Nadeem to submit details about the schemes’ implementation and the expenditure of the funds allocated.

The sources said that the CM received a number of complaints from ministers, people’s representatives, and the senior Party leaders that the government is suffering adversely due to underperformance of the Minority schemes.

Minorities are unhappy with the Government which was clearly reflected in the debacle of the ‘Dubbak’ poll and the recently held GHMC elections. They warned that the officials’ apathy could cost the TRS government dearly.  “The government needs to take immediate corrective measures to allay the Minorities’ fears and misunderstanding about the Government’s intention and to re-assure them of its seriousness to implement their welfare schemes,” the sources said.

The CM held a consultation meeting with the Government’s advisor and higher authorities. “The CM is expected soon to hold a higher-level meeting to review the performance of minorities’ schemes. It was brought to the notice of the CM that the current Minister-in-charge of the Minority Welfare Department has not shown any interest in implementing the welfare schemes and he has not held any review meeting so far.  Some Party’s MLAs suggest that the charge of the MWD must be assigned to another minister as the current minister’s hand is already full with the charge of other departments,” the sources said.

It is expected that the incoming revamps in the state cabinet would see a Muslim minister being given charge of MWD.  The sources further said that the budget allocated for the Minority welfare schemes was under utilized which lead to the Muslim community’s widespread disquiet and unhappiness.