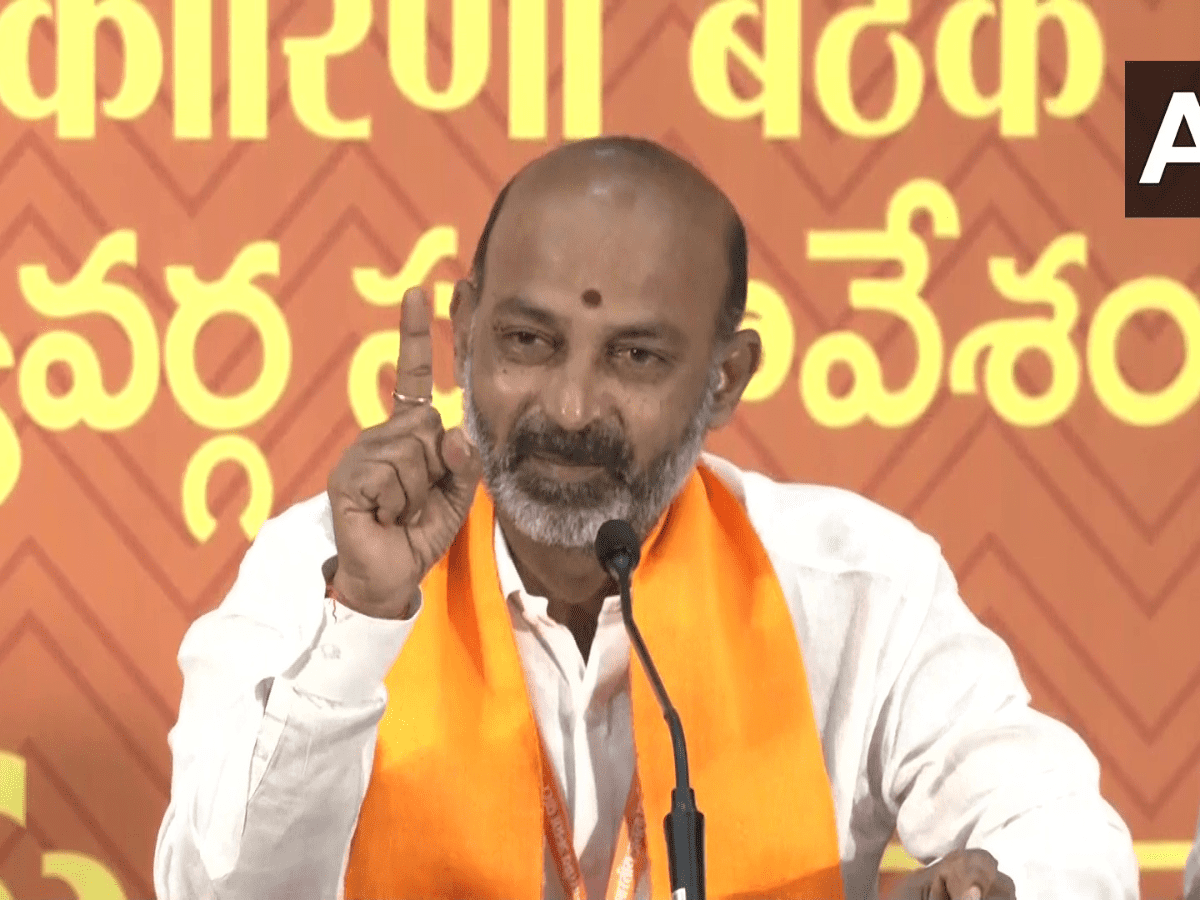 Medchal Malkajgiri : Telangana BJP state president Bandi Sanjay Kumar on Wednesday alleged that Telangana Chief Minister K Chandrashekar Rao has a role in the Delhi liquor scam adding that the KCR family has a role in all scams including land, sand and liquor.

He further slammed KCR for not fulfilling his promises of providing houses to the people and alleged that he asked for a bribe to provide houses to poor people. He also promised that if the BJP government comes to power they will allot houses to all the homeless people if it is voted in the State.

“KCR has not fulfilled his promises, double bedroom houses are not given to eligible persons. When a woman from Srikakulam, who has been staying here for eight years, asked about a double bedroom, she was asked for a bribe of two lakhs,” alleged Sanjay while adding, “For all the poor people who came to Telangana state for livelihood. After the BJP government comes, we will build houses for all the deserving ones.”

Telangana likely to get rains for next 5 days

The BJP leader further promised to provide free medicine and free education to the people in the state if the party comes to power in Assembly elections which are likely to be held in 2023.

In Ibrahimpatnam CHC, family planning operations were performed on 34 people in one hour. Four women died in this incident. So the BJP will give free medicine and free education and free houses will be given to the poor. The kingdom of the poor should come in the state of Telangana,” he said,

Sanjay said that he received petitions to name the new Parliament building after Babasaheb Ambedkar adding “I supported and sent the petition to the centre.”

He further said that all the ponds in this constituency have been captured by the ruling party leaders.

“Ponds, canals, government lands, houses of the poor are being encroached upon. The people who questioned are being harassed by filing illegal cases,” he added.

The BJP leader further attacked KCR for not providing jobs to the unemployed.

“KCR did not give jobs to the unemployed but gave jobs to his family. What happened to farmer loan waivers, unemployment benefits, and guarantee of double-bedroom houses? The Centre grants two lakh 40 thousand houses to Telangana under Pradhan Mantri Awas Yojana. KCR is not giving even a single house,” he said.

“When the BJP government comes, we will grant houses to the deserving. With Modi’s orders, we are going home to house to know the problems and difficulties of the people. Solving your problems is our ultimate goal. Telangana Rashtra Samithi (TRS), Congress and Telugu Desam Party (TDP) parties were given a chance, Give Bharatiya Janata Party a chance this time,” he added.