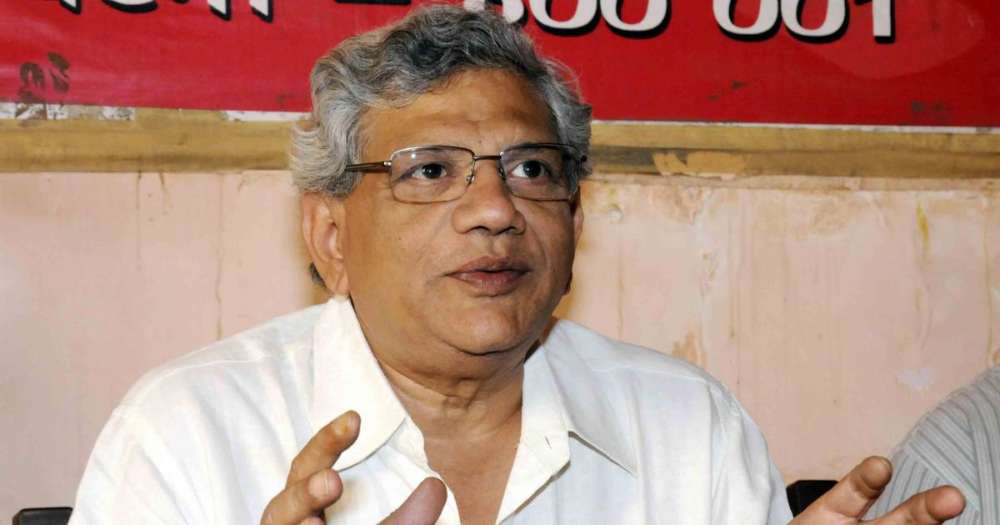 Hyderabad: CPI (M) general secretary Sitaram Yechury on Sunday said BJP should be kept out of power to safeguard the Constitution and guaranteed rights to people.

Speaking to reporters here, he said the saffron party has no role in Hyderabad Liberation and is trying to distort history.

“If you want to save India as a secular, democratic republic, if you want to safeguard the Indian Constitution and guaranteed rights are provided to the people, if I want to ensure that official agencies are not misused to be the political pals of the ruling party, you have to keep the BJP away from wielding political power and government control,” he said replying to a query.

He said Indian National Lok Dal (INLD) rally on September 25 and Bihar Chief Minister Nitish Kumar’s meetings with various leaders are some of the initiatives to bring in secular parties for a common agenda.
Yechury said the BJP is trying to create confusion on the annexure of Hyderabad State by distorting facts.

He said the BJP wants to come into power in Telangana. So they distorting history and encouraging communalism.

According to the Left leader, they observe September 17 as the “Surrendered Day” of Nizam.