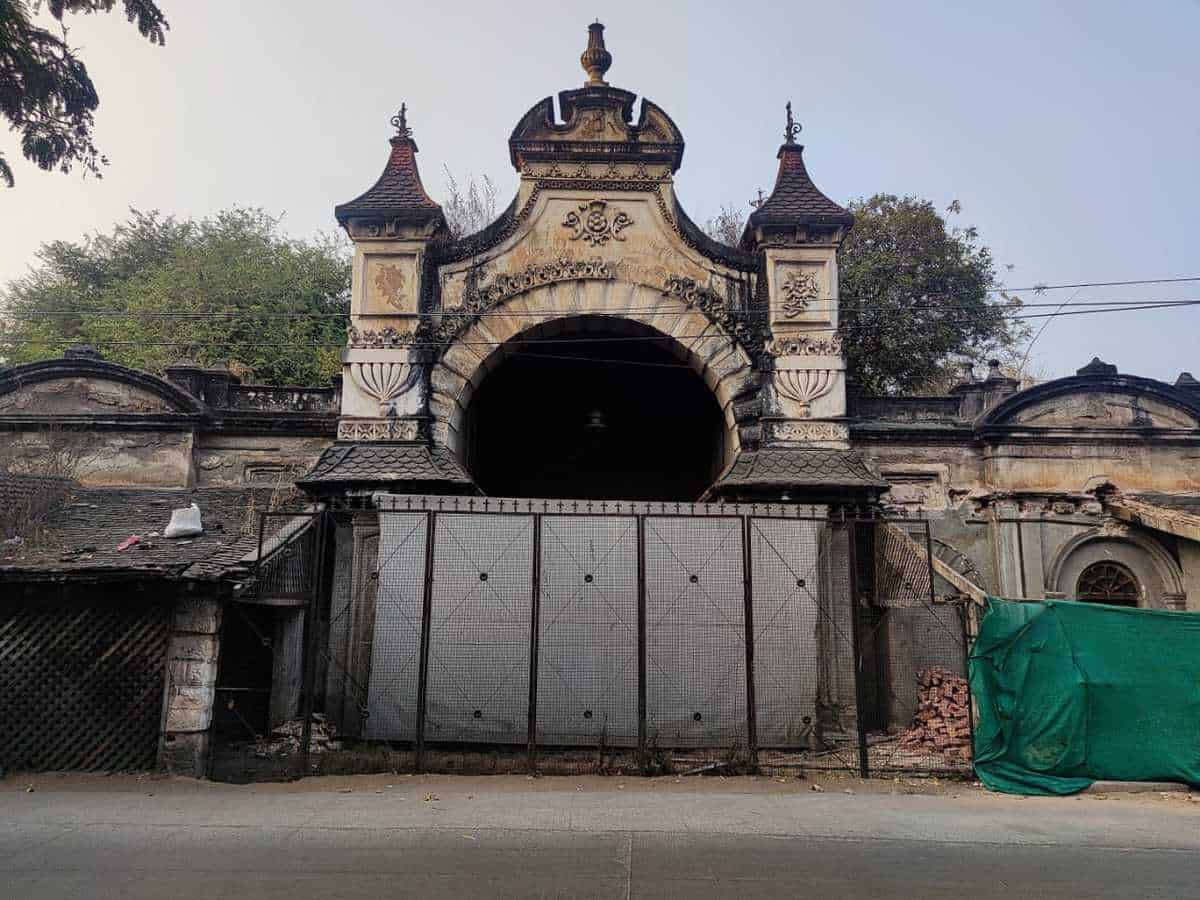 Hyderabad: A portion of the King Kothi palace’s Purdah gate has been damaged, resulting in a considerable part of the heritage structure breaking. The incident is said to have taken place a few days ago, after a vehicle rammed into a part of the Purdah gate’s wall.

On Thursday morning, at the time of this report being written, the wall was redone with cement, and bricks could be seen lying around in a heap. The part where the Purdah gate was damaged has been covered. However, adding cement to repair the structure is likely to be counter-productive, as the palace was built with lime-mortar.

“The King Kothi palace is an old structure that was built with lime-mortar, which is a material that uses natural elements, and is different and smoother compared to cement. When cement is used in such cases, it will in fact further damage such structures, as it is a rougher material,” noted Sibgatullah Khan, architecture student, who runs Deccan Archive.

The palace had three portions, Osman mansion (which was torn down in the 1980s), Nazri bagh (where visitors would offer the Nizam a ‘nazar’ or offering), and the Purdah gate, which was called so as it would always be draped in a curtain. The main building has been converted into a government hospital as well.

The King Kothi palace was also in the news few years ago. It was found that ex-staffers of a construction company, Mumbai-based Niharika Infrastructure, had reportedly forged documents and sold the property to a Kashmir-based hospitality firm, Times of India reported in 2019.

According to the same report, the palace was sold by the by the Nazri Bagh Palace Trust to the construction company at least over a few years ago. When officials from Niharika Infrastructure visited the place, they were realised that the ownership was transferred. Currently, the Mumbai police and Enforcement Directorate are investigating into the matter.