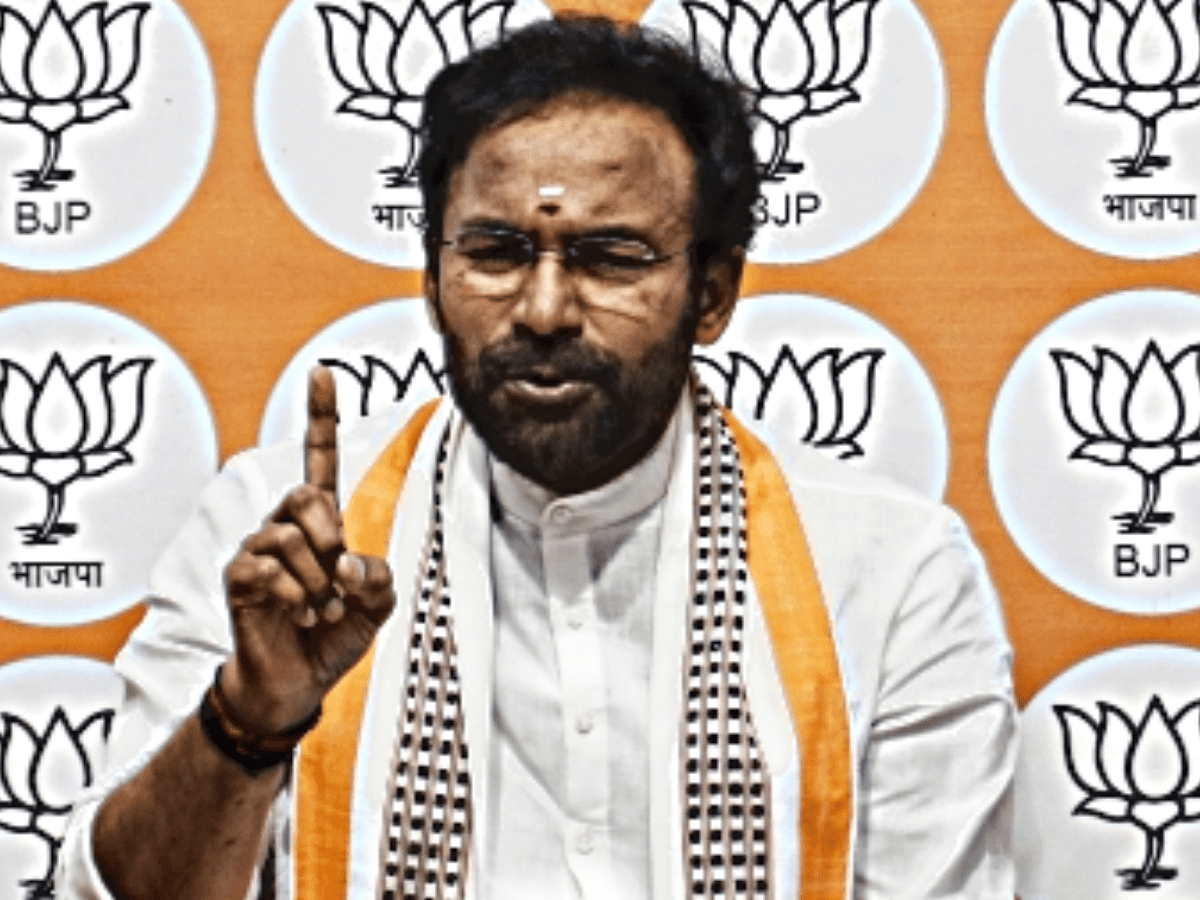 Hyderabad: Union minister for tourism and culture G. Kishan Reddy today slammed Chief Minister K Chandrashekar Rao alleging that the residents of the State capital were facing a lot of problems due to the negligence of the State government.

Addressing a gathering after laying the foundation stone for the construction of the third floor of Ambedkar community hall at Premnagar in Khairatabad, the Union minister claimed that the residents of 24 Assembly constituencies in the city were suffering from polluted drinking water and drainage problems.

He also claimed that the residents were suffering from damaged roads in the city as the TRS government was ignoring their problems. He also alleged that the GHMC officials were spending more money on getting publicity than in solving the basic problems of the residents.

He also criticized the State government for showing the flyovers in the city and terming them as the symbol of the development of the city and added that the construction of the flyovers would not solve the problems of the people.

Referring to the statement of Minister for Municipal Administration & Urban Development KT Ramarao that they spent ₹85,000 crore for the development of Hyderabad, he asked the State minister to reveal the details of the development works taken up by the State government.

The Union minister also came down heavily on the GHMC officials, who did not attend his programs and asked them whether they did not want to follow the protocol?