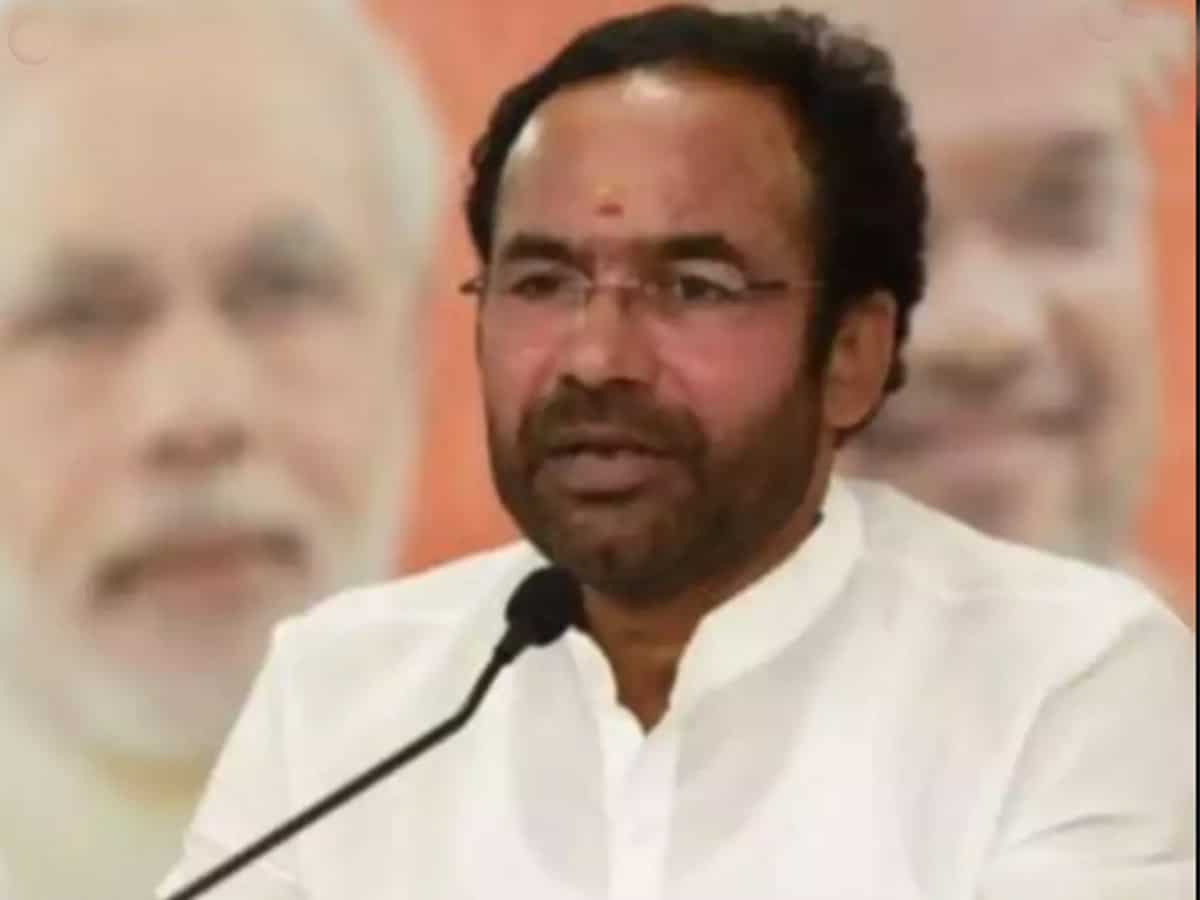 Hyderabad: Union minister G Kishan Reddy on Tuesday evaded the questions regarding the comments made by Goshamahal MLA T Raja Singh on Prophet Muhammad. But, he reacted sharply to the ‘illegal’ arrest of BJP MP, Telangana president Bandi Sanjay in Jangoan on Tuesday.

Raja Singh was suspended from the party for violating party rules after he released a video in which he passed derogatory comments about Prophet Muhammad.

MLA Raja Singh suspended from BJP after comments on Prophet

His comments lead to scores of people protesting on the streets demanding his arrest. Following his video, the BJP MLA was booked by the Dabeerpura police for his remarks. Many people were also taken into custody by the police on Tuesday after protests broke out.

A huge number of cops have also been deployed outside the offices of the Hyderabad police commissioner, the Director General of Police office at Lakdikapul, and the old police commissioner office at Purani Haveli and other important places in the city after protests erupted against BJP MLA Raja Singh for his remarks against Prophet Muhammad.

At the end of the video, after making derogatory comments, Raja Singh said that whatever he uttered was “comedy” and that he himself didn’t like what he said. The video was uploaded on Shree Ram Channel Telangana (now made private). Singh in fact repeated some of the things that now suspended BJP spokesperson Nupur Sharma said on TV recently, which became an international row after Muslim countries condemned it.