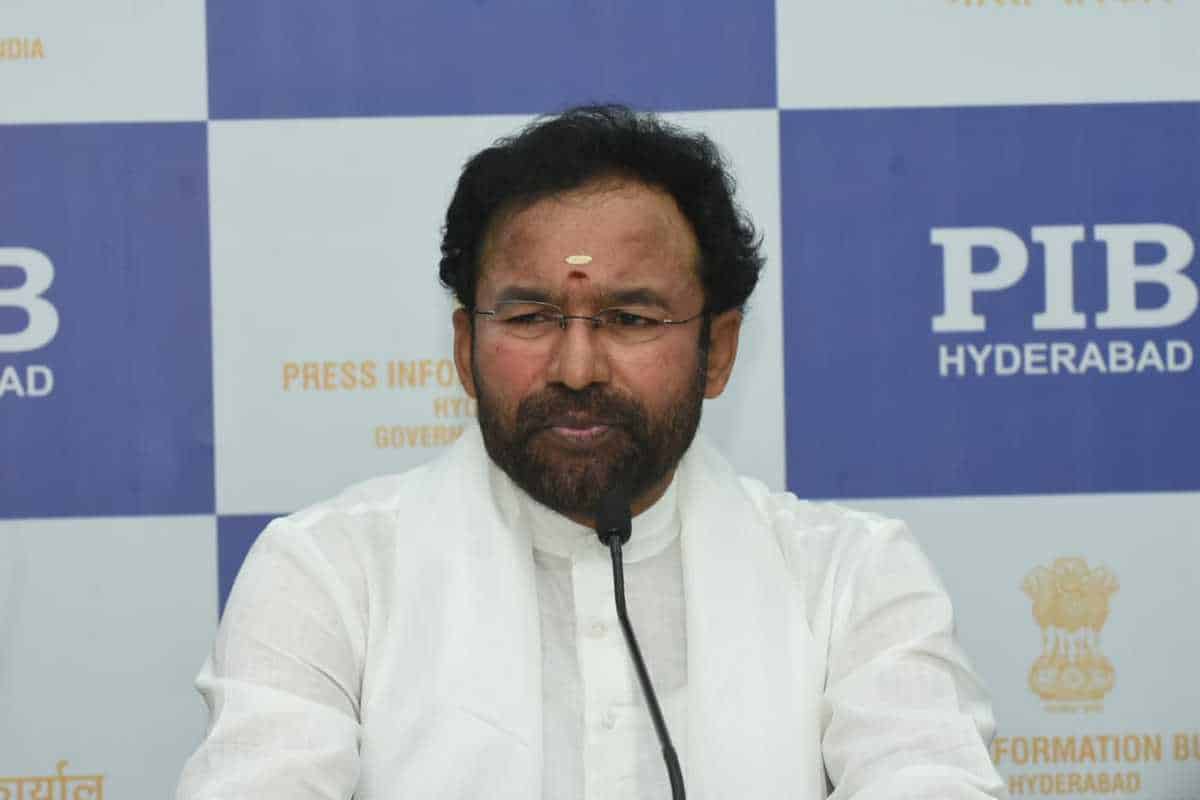 Hyderabad: Union Minister G. Kishan Reddy today came down heavily against Telangana chief minister K Chandrashekar Rao and claimed that the farmers of the State were not believing the farmers’ protest held by the Chief Minister at Telangana Bhavan in the national capital.

Speaking to media persons in New Delhi on Tuesday, the Union minister asked the Chief Minister if he did not write a letter to the Centre stating that he would not supply parboiled rice to it. He also alleged that the Chief Minister was creating an imaginary problem on the issue of the procurement of paddy crops. He claimed that the State government had not even supplied the quantum paddy as agreed by it during the last Rabi season. He alleged that the CM had called upon the farmers urging them to cultivate paddy crops.

He asked Chief Minister K Chandrashekar Rao to look toward solving the problem instead of aggravating it. Stating that the CM had made a hue and cry over the issue of the installation of meters to agriculture connections, he said the farmers had now realized that the Dina decision on the issue lies on the shoulders of the State government. He said the consumption of paraboiled rice had come down in all the States in the country.