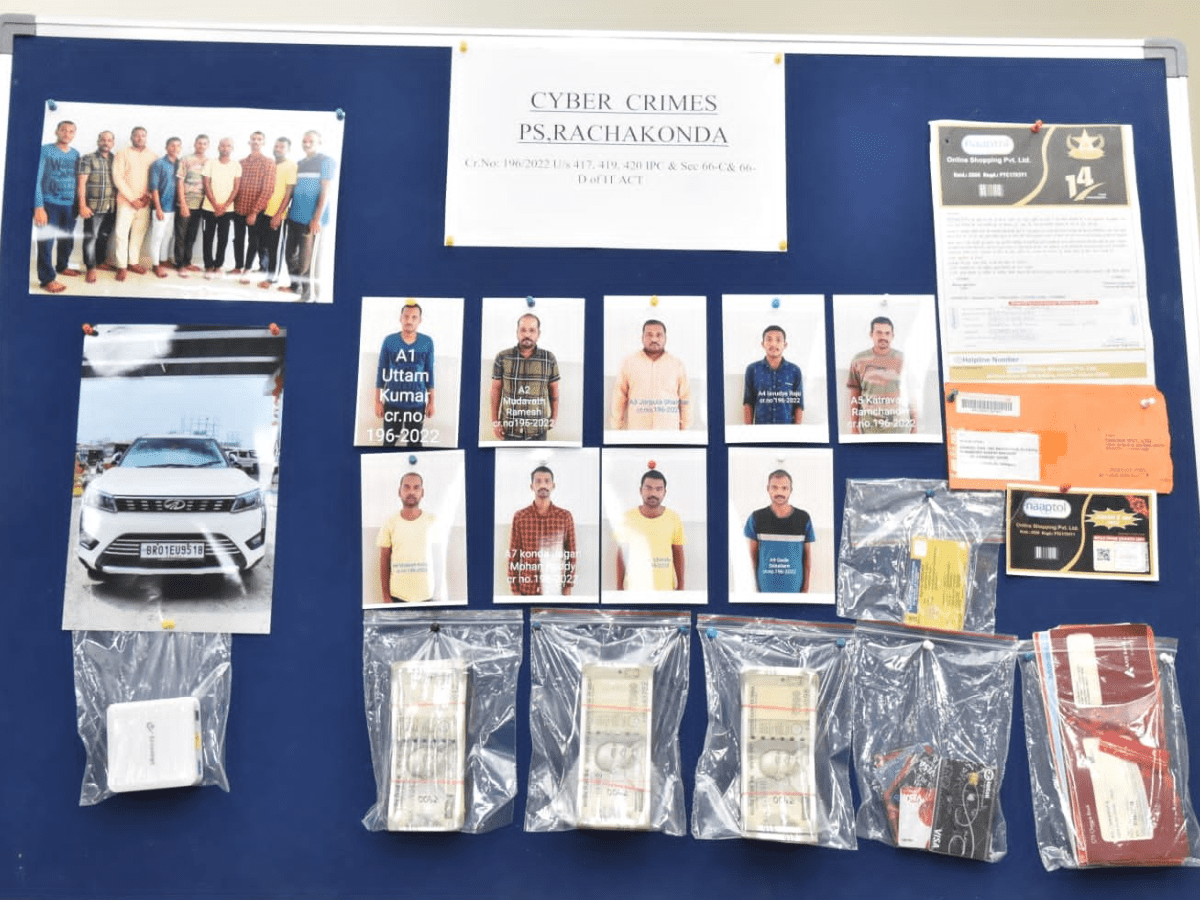 The fraud call centers, which would dupe victims into parting with their money, ran in Bihar, West Bengal, Jharkhand and Mumbai and offered lucrative pay for the job.

Moreover, recognizing the potential in the Telugu states, they began to employ people fluent in the language to cheat people in Andhra Pradesh and Telangana.

Mahesh Bhagwat, Rachakonda Police Commissioner said the gang was operating three call centres in West Bengal and on the pretext of gifts and lotteries were cheating people. Uttam Kumar was operating the call centers since 2017 in Bihar, Jharkhand, West Bengal and Mumbai and duped several persons on the pretext of personal loans, jobs, lotteries, redeeming credit card reward points and KYC updating.

“To easily convince the victims to depart with money, Uttam Kumar hired people fluent in Telugu and provided contact details. The executives will call the gullible victims, explain about the lottery and convince them to pay money for claiming the prize,” explained the Commissioner of Police.

The police also found the gang was paying the Telugu-speaking executives a commission of 30 per cent for each task assigned to them.

The fraudster’s gang collected customer information from data providers such as Just Dial and Facebook ads. They then sent envelopes/ letters containing scratch cards to the victims saying they had won a lottery. They are asked to scratch the card, which would tell them they had won a Mahindra XUV vehicle or an equivalent amount.

“‘The ‘winners’ would then be asked to deposit money for claiming the vehicle towards GST, registration, delivery charges, security deposit and so on. After collecting the amount, they switch off the mobile phone and stop communication with the victim,” he said.

Following a complaint from a victim, a special team was formed with the team on Wednesday raiding three call centers with the help of Kolkata police.