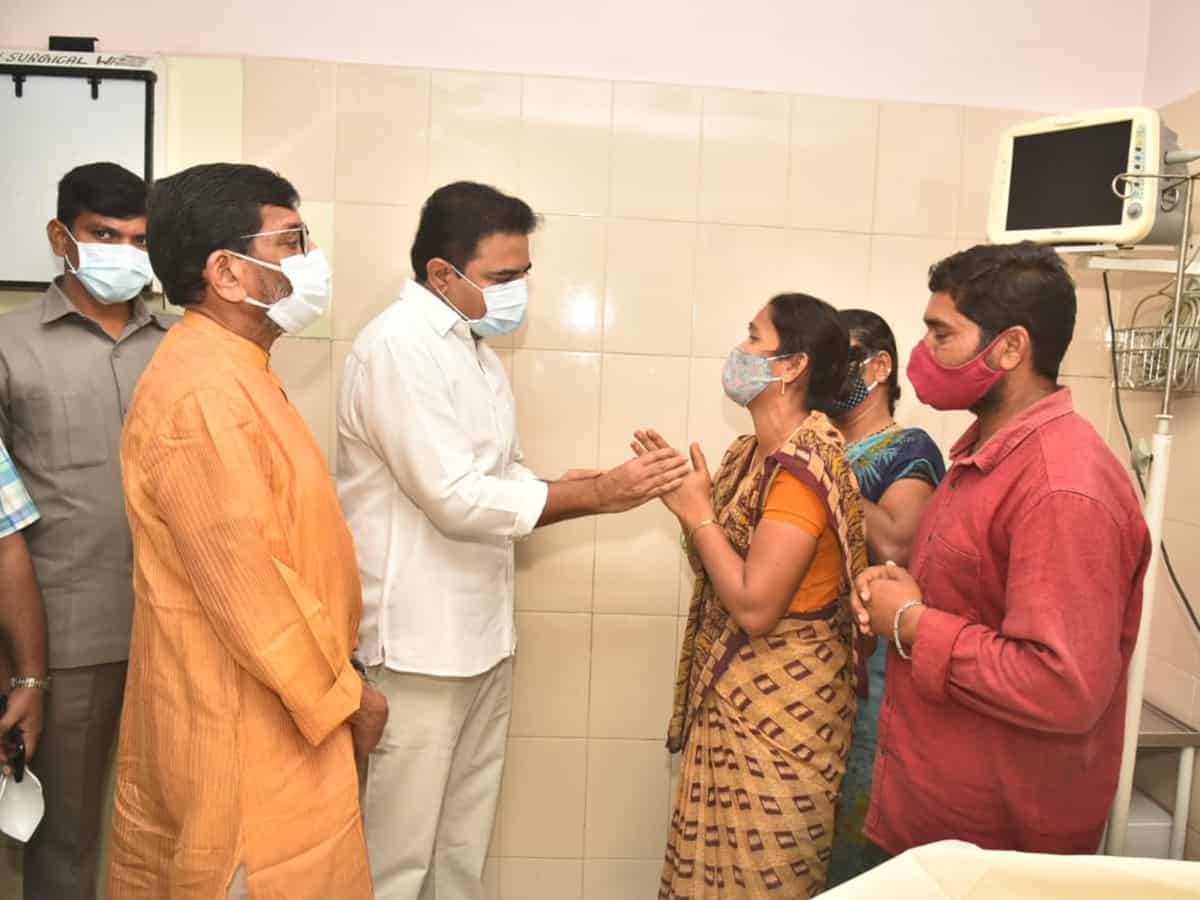 Hyderabad: Telangana’s Industry and Information Technology Minister K.T. Rama Rao on Wednesday assured all support to the family of a six-year-old tribal girl who was sexually assaulted allegedly by the husband of a sarpanch belonging to the ruling Telangana Rashtra Samithi (TRS).

Rama Rao, who is also the Working President of TRS, visited government-run Niloufer Children’s Hospital where the victim is undergoing treatment and called on her parents.

He termed the incident which occurred in Rajanna Sircilla as shocking and promised to stand by the family in getting justice.

KTR, as the minister is popularly known, said that such an incident in a civilised society is shameful and the guilty, no matter who he is, should get the harshest punishment.

He directed the doctors to provide best treatment to the victim.

The minister’s visit came a day after reports that the victim was brought to the hospital after she complained of severe stomach pain and was made to wait for six hours. She was admitted after the Telangana Girijana Sangham staged a protest at the hospital, demanding immediate medical attention and justice to the victim.

BJP state President Bandi Sanjay had also visited the hospital on Tuesday. He had slammed KTR for his silence over the incident despite the fact that he represents Sircilla constituency.

Bahujan Samaj Party leader R.S. Praveen Kumar had also consoled the girl’s family at the hospital. He had demanded the government to constitute a fast-track court to deliver speedy justice to the victim and take care of her future by providing all help to the family.

The incident had occurred at a village in Yellareddypet mandal of Rajanna Sircilla district on October 27. However, it came to light two days later when the girl developed fever and she told her parents about the sexual assault.

Police arrested the 46-year-old accused on October 29. Shankar has been booked under section 6 of Protection of Children from Sexual Offences (POCSO) Act, section 376 of the Indian Penal Code and also under Scheduled Castes and Scheduled Tribes (Prevention of Atrocities) Act.

According to police, the accused resorted to the sexual assault when he was alone at home and the girl had gone there to watch television. He had threatened the victim not to reveal the incident to anyone.

However, the next day she developed fever and she told the parents about the incident. They subsequently lodged a complaint with the police.

The tribal family was living on rent in the house of the sarpanch.