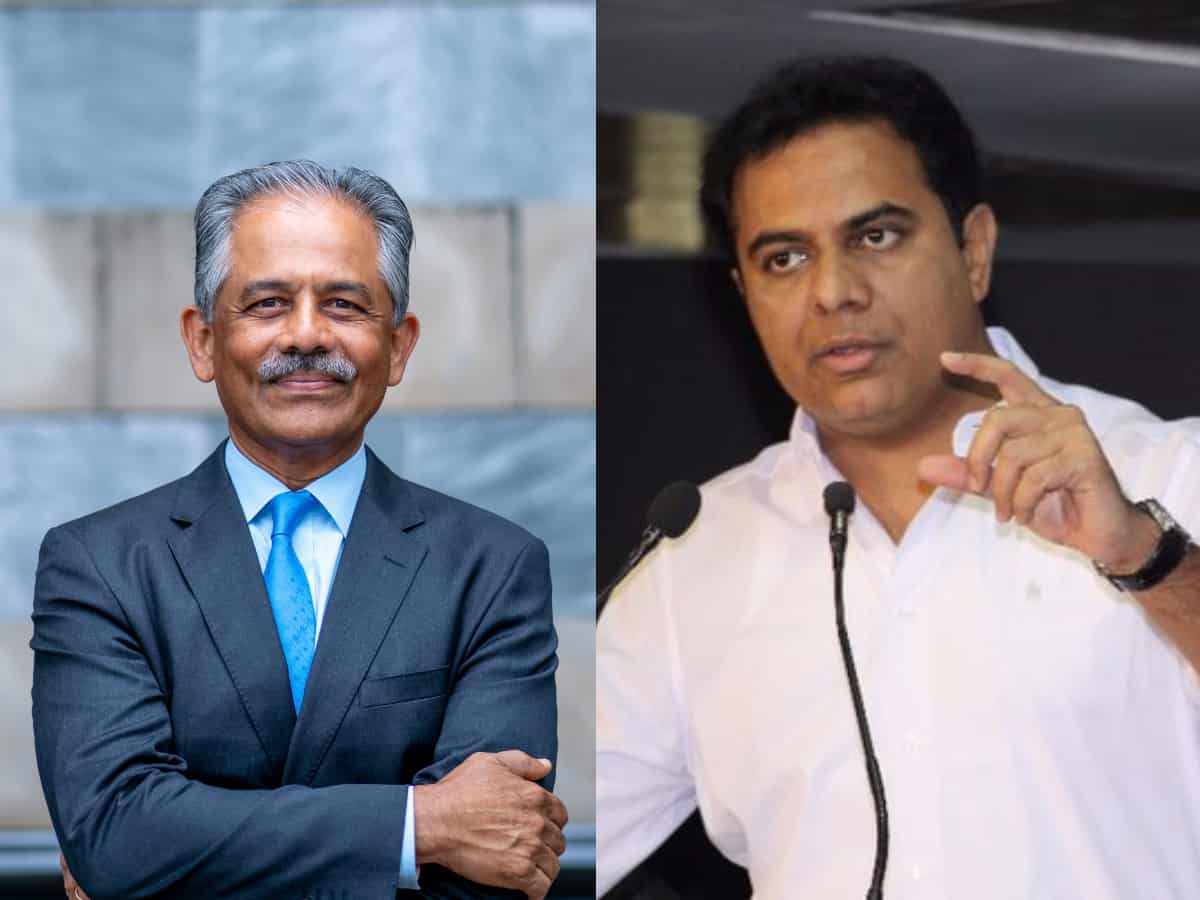 Hyderabad: Minister of Municipal Administration and Urban Development of Telangana, KT Rama Rao, congratulated Vinai Thummalapally on Twitter after his appointment as the Deputy Director and Chief Operating Officer of the U.S. Trade and Development Agency (USTDA).

Thummalapally was appointed by US President Joe Biden on October 18. He will play the role of the Acting Director until a Director is confirmed by the Senate.

Prior to this appointment, Vinai served as U.S. Ambassador to Belize and as the Executive Director of SelectUSA, a U.S. Department of Commerce initiative that facilitates job-creating business investment into the United States.

“The U.S. Trade and Development Agency has a global reputation for excellence, results, and setting the standard for American economic engagement overseas. It is an honor to lead this Agency and its exceptional team of professionals. I share their commitment to USTDA’s mission of creating U.S. jobs through exports, supporting the economic growth of the United States, and facilitating the development of sustainable infrastructure overseas using the best of what U.S. industry has to offer,” said Thummalapally.

Vinai was the first Indian American Ambassador elected in the history of the United States. He was the son of a retired scientist, T Dharma Reddy, who worked for Andhra Pradesh Forensic Sciences Laboratory. Vinai moved to America to attend college in 1974 and studied at Occidental College in Los Angeles. He ended up being Former US president Barak Obama’s roommate for a summer.