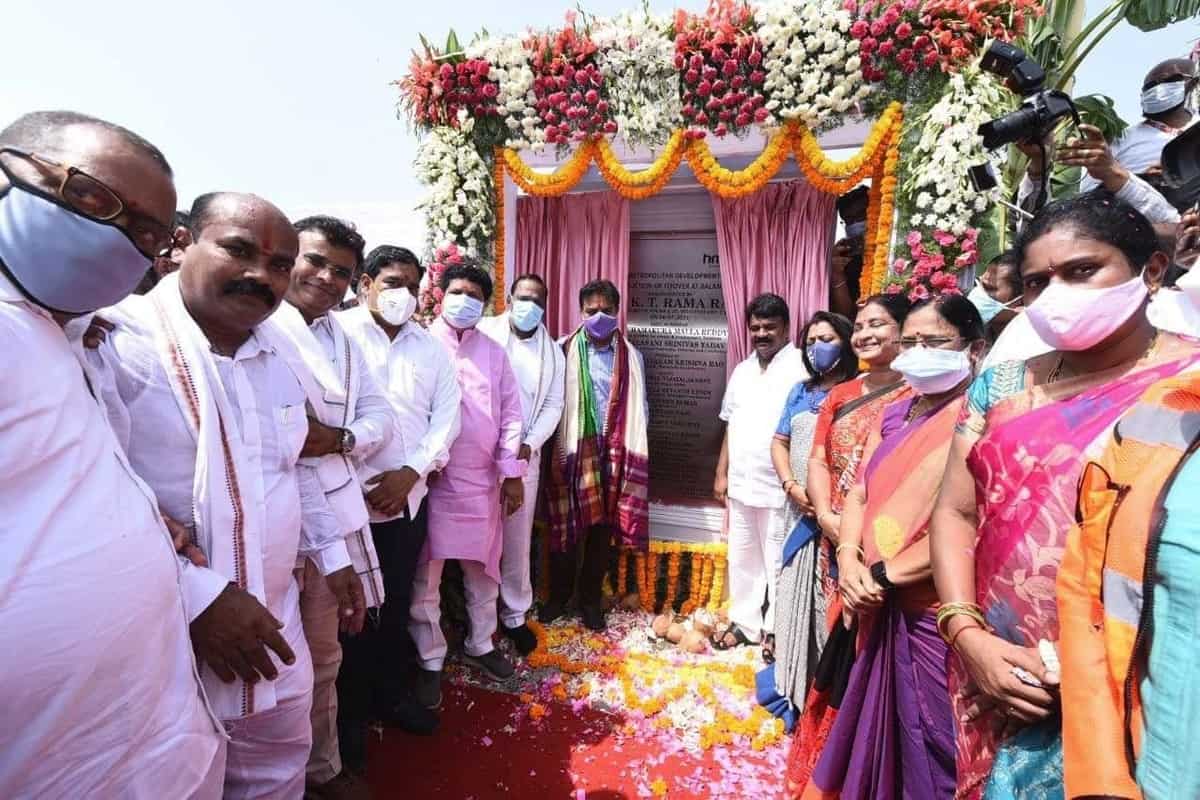 The flyover, constructed as a part of the Strategic Road Development Project (SRDP) at Balangar junction, was built at a cost of Rs.387 crore. The 1.13 km long six-lane two-way flyover is expected to ease traffic congestion from the Kukatpally Y-junction towards Medchal highway and Rajiv Rahadari.

Speaking on the occasion, KTR noted the severe traffic congestion at Balanagar. “It is to address such issues that Chief Minister K Chandrasekhar Rao is developing infrastructure under the SRDP. In Kukatpally alone, works worth Rs 1,000 crore are being executed,” the minister said.