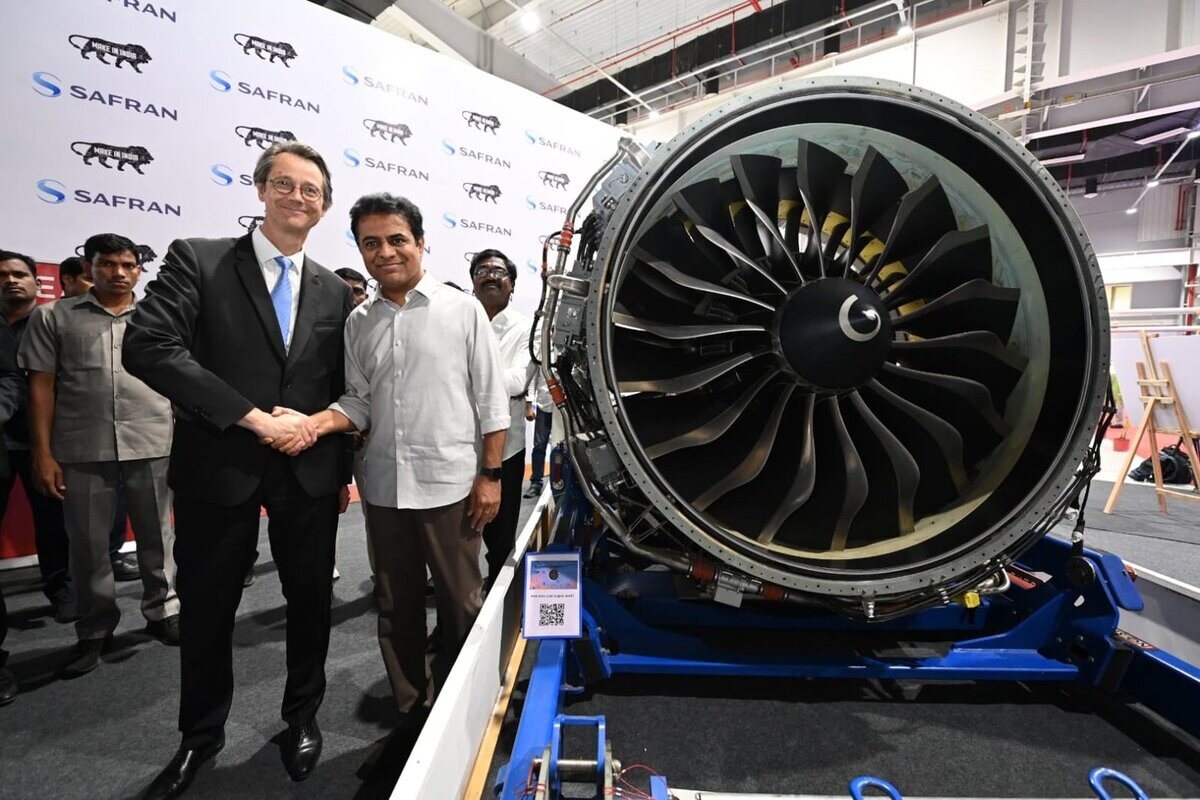 “Safran has a long history of operating in India through Joint Ventures with HAL, it is for the first time the group has decided to venture on their own in India and we are glad that you found Hyderabad to be the best ecosystem for setting up your own factories,” KTR said on the occasion.

SAFRAN on Wednesday also announced the setting up of its largest and first Engine MRO ((Maintenance, repair, and overhaul) facility in Hyderabad. KTR expressed jubilation over the announcement.

“We are extremely happy that Safran has now announced their third mega-investment in a row in the State of Telangana – the Safran Aero Engine MRO project. The Safran Aircraft Engine (SAE) facility with an investment of 36 million Euros and employment of 300 to manufacture components for LEAP turbofan engines,” KTR said.