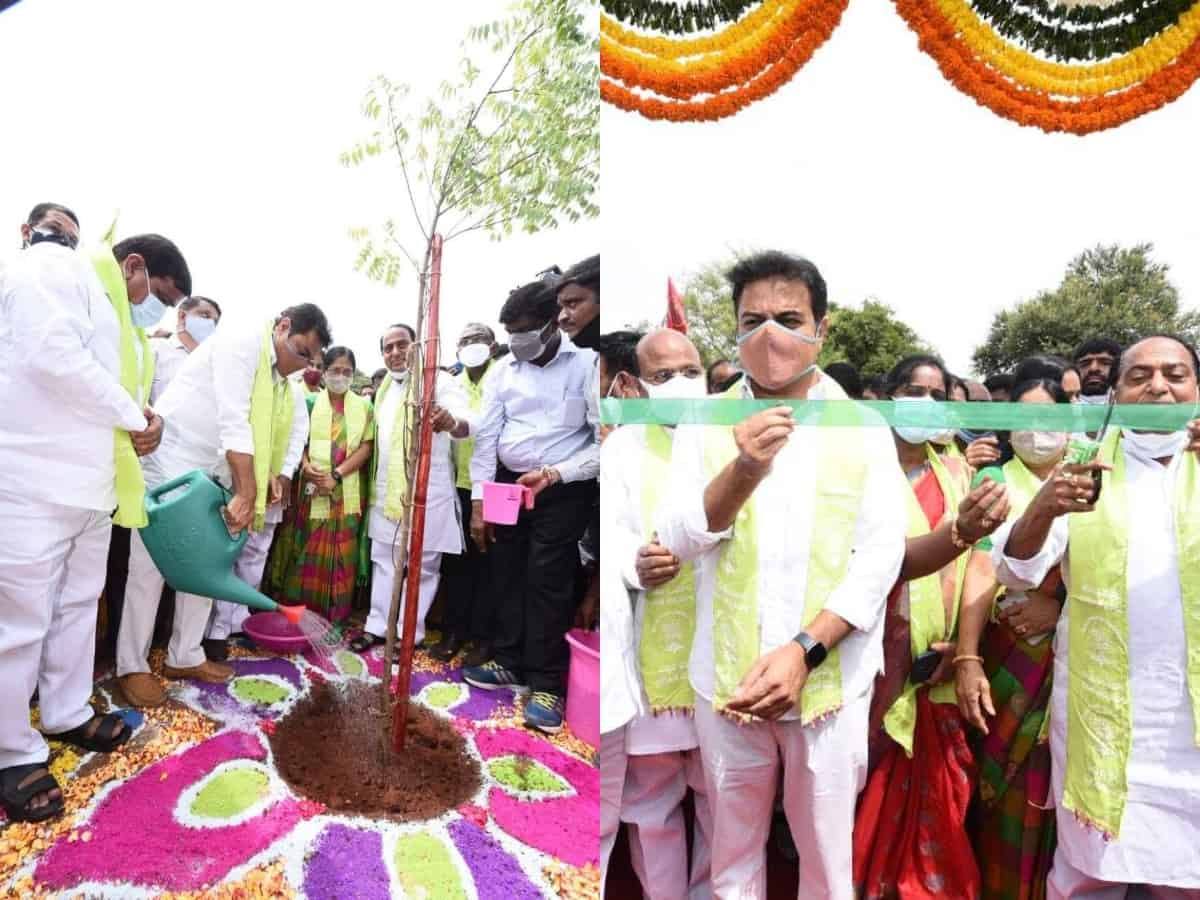 As a part of the Pattana Pragati (urban development) program, KTR inaugurated the urban forest park that was built at Pedda Amberpet kalan in the city along with state endowments minister A Indrakaran Reddy.

The urban forest park was developed by the Telangana government with facilities such as Gazebo, medicinal and flower plantations, walking track, yoga centre and children’s play area. Across the state, 109 such parks are being jointly developed by the municipal administration and forest departments.

59 of them are to come up in the HMDA limits, KTR had earlier said.

After the inauguration, KTR planted saplings in the same park to flag off the seventh edition of Haritha Haram.