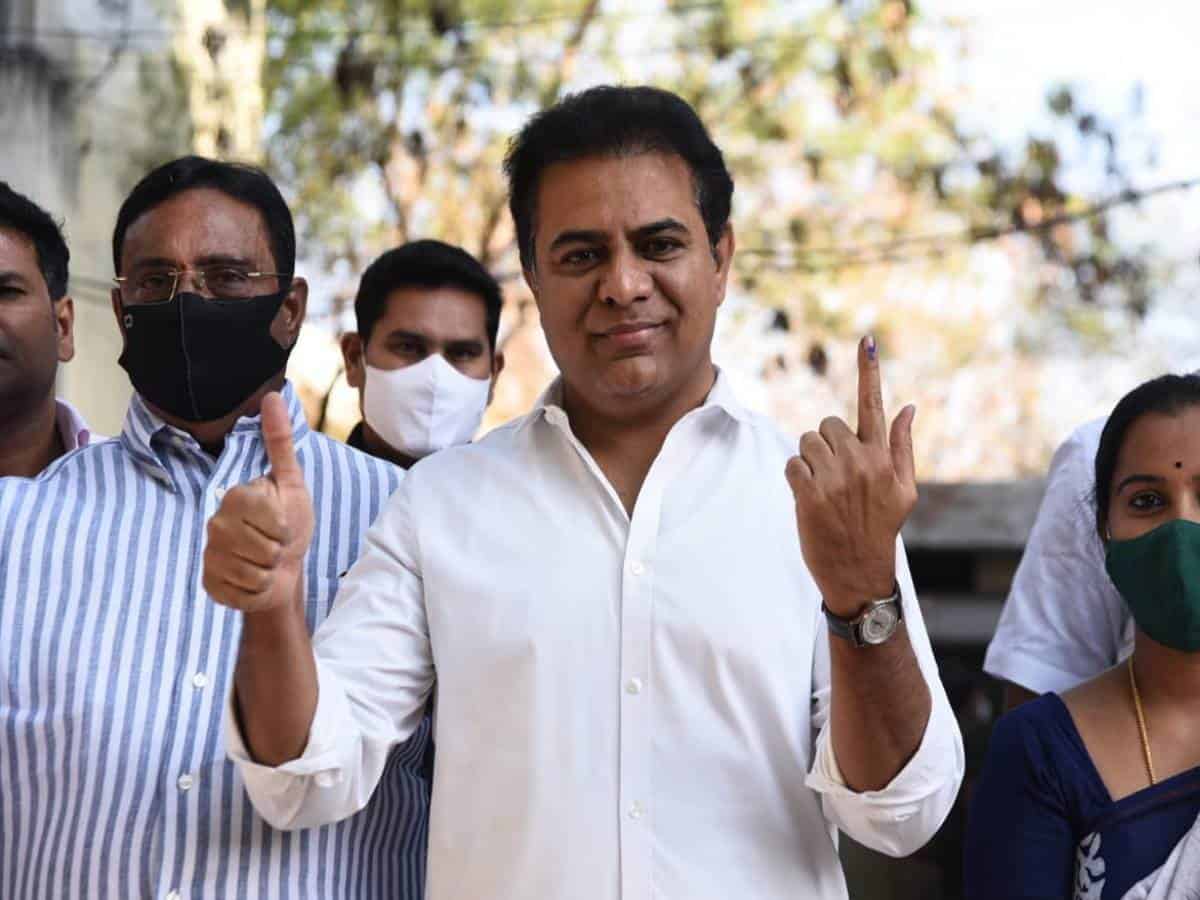 Addressing media after he cast the vote for Mahbubnagar-Ranga Reddy-Hyderabad graduates’ constituency, KTR said: “Like a famous personality once said, I offered my prayers to gas cylinder at home before leaving to cast my vote.”

Rao was apparently referring to the widely publicized tweet of Prime Minister Narendra Modi in 2014 general elections where he asked people to pray gas cylinder at home before going out for voting.

This caught the attention of many voters, who shared their pictures of praying to fuel stations and gas cylinders.

KTR also re-tweeted several of these tweets on polling day.

A Twitter user Putta Vishnuvardhan Reddy Tweeted, “I voted against rising gas, diesel and petrol prices,” while sharing an image of praying at a fuel station.

Another Twitter user Nikhilkaperi tweeted “I offered prayers to the domestic gas cylinder, as its price is heading to touch Rs.1000, before casting my vote,” Like them, many Twitter users shared their jibes and taunts, after exercising their franchise in the MLC elections.