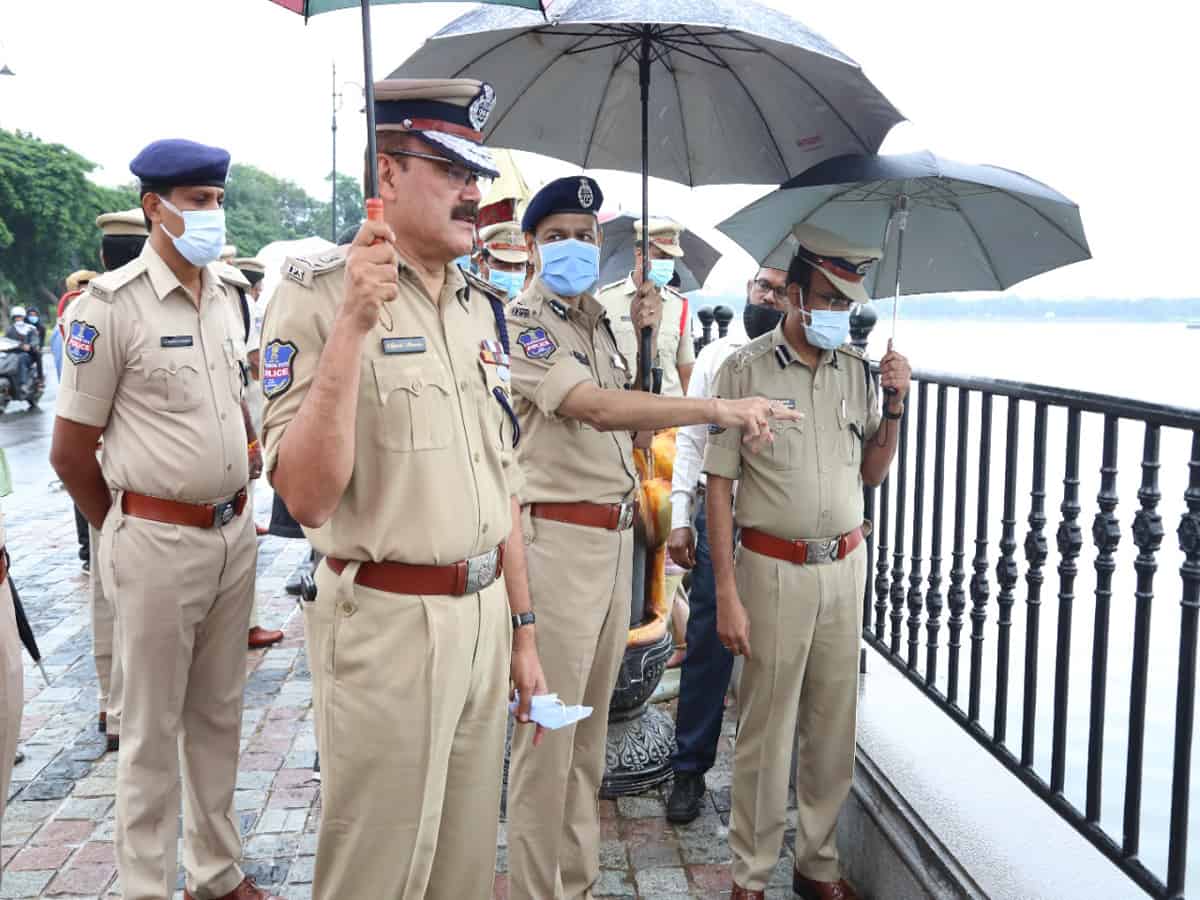 Hyderabad: The City Police Commissioner Anjani Kumar today said that they would allow only big and large Ganesh idols for immersion at NTR-PVNR marg while small and medium will be immersed at Tank bund.

He said that they were making all special arrangements for the immersion of the idols at tank bund.

Police Commissioner said that they would deploy Automatic idol release system to complete the immersion process at the earliest .

The CP made these remarks after inspecting the arrangements being made at tank bund for the upcoming Ganesh idol immersion program. Speaking on the occasion, the CP said that they had set up 16 cranes on the Tank Bund 13 on NTR Marg and 8 cranes on People’s Plaza road.